7 Signs of Magnesium Deficiency & 15 Foods That Will Help

When I first set out to figure out this whole thyroid issue I’ve got going on, I did not expect to be told that I had a magnesium deficiency. Sure, I figured B vitamins, and a multivitamin, but magnesium? 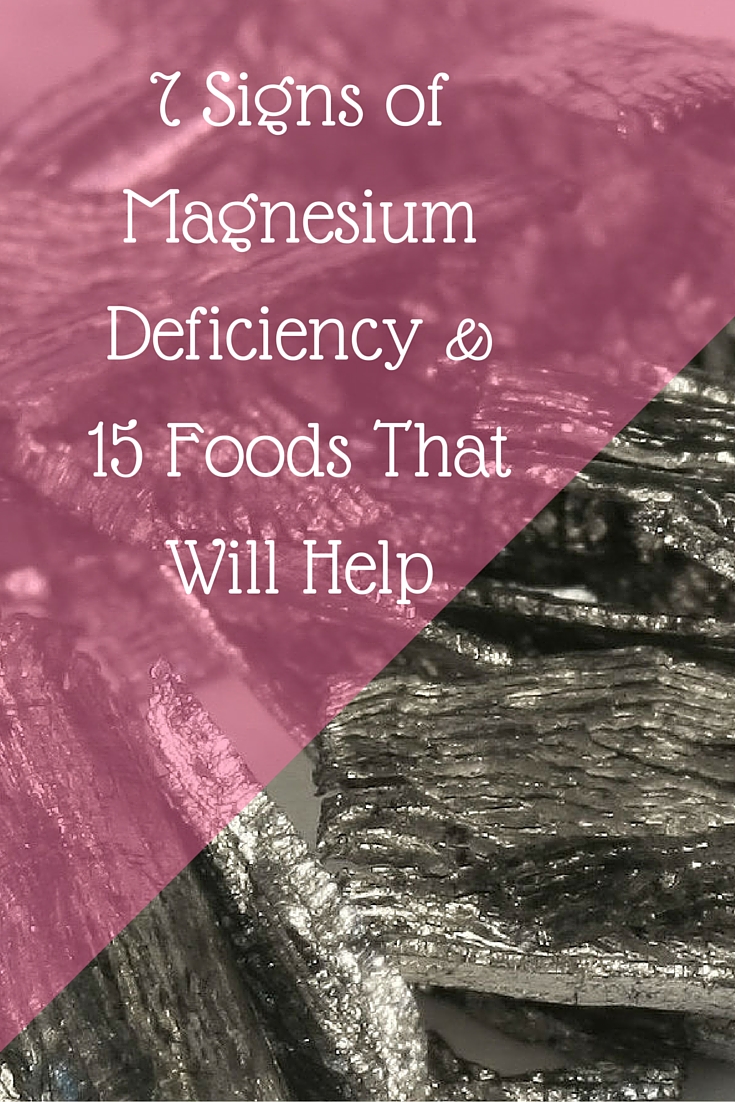 Why? Why was that one one I couldn’t forget to take?

Turns out that magnesium ions regulate over 300 biochemical reactions in the body through their role as enzyme co-factors. They also play a vital role in the reactions that generate and use ATP, the fundamental unit of energy within the body’s cells. source

Okay then. Sounds like I definitely had a magnesium deficiency…. And the more I looked into it, the more I was convinced that I definitely was low on magnesium. I mean, just listen to this list of symptoms:

…and that’s not even the full list! That’s just the list of symptoms that I was having. So.

The 3 Main Causes of Magnesium Deficiency

Apparently (according to my naturopath) magnesium deficiency is really, really common, but most people (and doctors) write it off and treat the symptoms. That’s not good! If you’re treating the symptoms, but not addressing the underlying cause, you’re not really solving the problem, right? Right.

Only 1 percent of magnesium in your body is in your bloodstream, so often you can have a deficiency, and it would not even be discovered by a common blood test. source

In doing research, I found that there are three main causes of magnesium deficiency:

Wait…what? So basically, the soil that our food is grown in sucks, and doesn’t contain the microbiome it once did. So we’re not getting the minerals that we used to. In addition to that, all this demineralized soil is causing major digestive havoc-we’ll call it leaky gut for now.

And then, as I said before, doctors are prescribing medications that address the symptoms, not the cause, and these medications worsen the leaky gut…resulting in a vicious cycle. Your gut cannot absorb the nutrients, the nutrients are not there, the medications kill anything left over. A tad dramatic? Yes, but it’s a real problem!

Over 80% of the population has a magnesium deficiency…but they may not even realize it!

Your body NEEDS magnesium in a bad way. Here are just some of the things that magnesium takes care of:

That’s a pretty major list! There’s good news, though. The following list contains some of my favorite foods (guess which ones), and they’re all high in magnesium:

If you completely hate chocolate (well, we should not be friends for starters), then you can always take a chelated (pre-broken-down) magnesium supplement. I absolutely love my Magnesium Glycinate supplement.

Do you take a magnesium supplement?