Have you ever wondered, can a baby be allergic to breastmilk? I understand that mothers choose how to feed their children based on their beliefs, and I’ve chosen to breastfeed. I feel that it is the only option for us. It gives Smalls the best possible start (what formula can guarantee that your kid will never hardly ever get sick?!) But before I get  on my soapbox, here’s what prompted my tirade: There was apparently a baby that was allergic to breastmilk on TV.

While watching the show “Bringing Home Baby”, I heard the most ludicrous statement. A mom of twins (who were preemies, and my heart goes out to her) stated that her twins did not ‘take’ to breastmilk. Even though she claimed to have been feeding them pumped milk from day 1. It was because…wait for it…they were ALLERGIC to breastmilk. Ummm…what?! That is the most misinformed statement I’ve heard in a long time (here comes the soapbox). 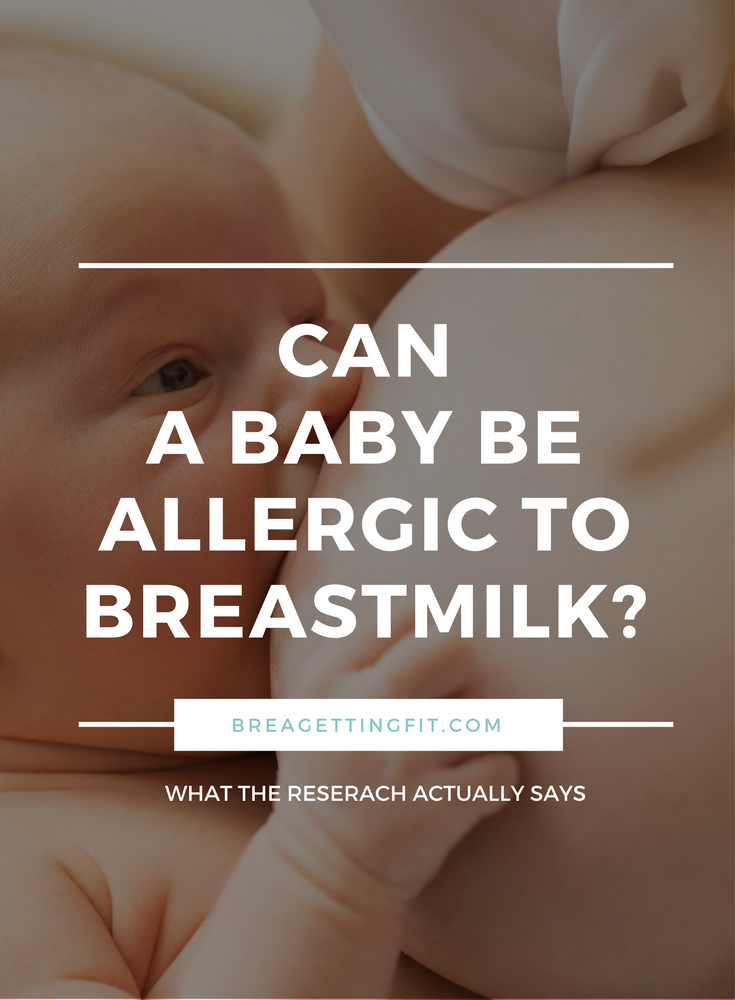 That one comment sent me on a hunt (aren’t you excited!) for some ACTUAL facts regarding breastmilk. Now, I realize that mothers can make a choice regarding whether or not they breastfeed, and in rare instances, some mothers are medically incapable of breastfeeding (which just breaks my heart. I actually donate milk to a mama who is undergoing chemotherapy for ovarian cancer). Okay, back to what I was so upset about.

I CHOOSE to breastfeed Smalls and it is my opinion that Smalls is better off being breastfed for many reasons. First of all, it’s very inexpensive (unless you are exclusively pumping, in which case, it can actually be MORE expensive than formula).

The average cost of formula over one year? Are you really ready for this? For powdered formula, the average cost is between $1,500 to $3,000 for ONE YEAR of formula (1). Doesn’t that seem excessive? No wonder people steal formula!

I was in Kroger the other day, and the formula was locked up-just like cigarettes. It certainly gave me pause. (Editor’s note: Formula is locked up because of the high theft rate. That’s because low income moms are not supported enough to breastfeed and struggle to afford formula.)

As I’ve said, there are some mothers who genuinely cannot breastfeed. I get that, and my heart goes out to them. I’ve spoken to so many mothers who chose not to. I don’t get it – there’s a reason that babies should not consume cows milk until after one year and I do not think that it’s a coincidence that babies who are formula-fed have more health problems and battles with illness. 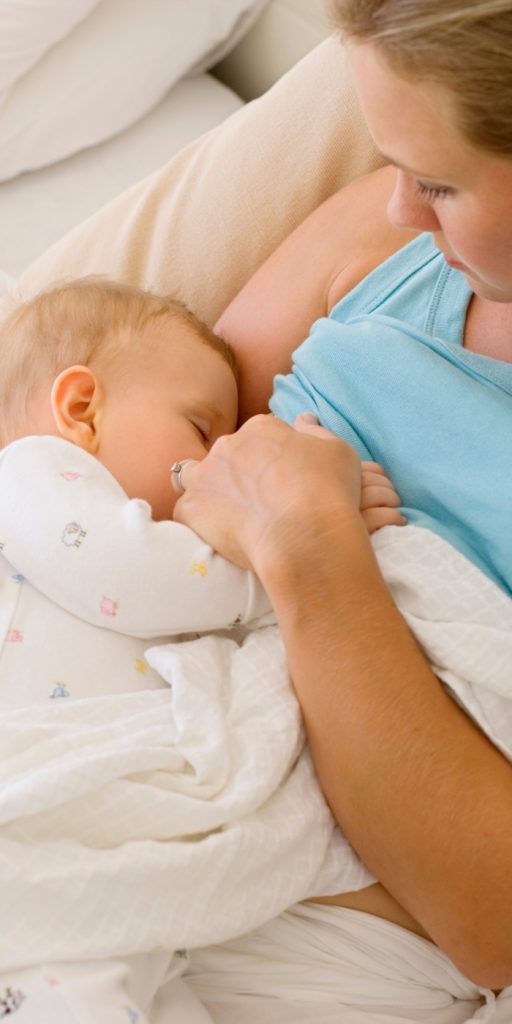 Formula Is Not Breastmilk

Breastmilk contains antibodies, which cannot be reproduced in a lab. The one (yup, just once) time that Smalls got sick, he was only sick for two days, and he nursed continuously. I was sick longer than he was.

All of that being said, I realize that Nestle, Abbott, Enfamil, and others are pushing their product on doctors, new mothers, and the like. Abbott (the makers of Similac) actually came out with an iPhone app that ‘tracks’ your baby’s feedings, diapers, etc. You can read more about it HERE.

This makes me mad. Why? Well, I don’t know about you, but as a new mother, I was terrified that I was doing something wrong-it was all very new, I was tired, and having some formula-based application tell me that my newborn should be eating X ounces every 2-3 hours would NOT have made me very comfortable, given the fact that Smalls was eating every 25-45 minutes.

Having an app that undermined my choice to breastfeed by instilling more doubt would have been devastating to me.

Breastfeeding is hard in the beginning it hurts, and you’re exhausted. But if you’re determined, you can do it. I’ve been breastfeeding Smalls for 8 months now, and have no intention of stopping before his first birthday. He’s happy, healthy, and GROWING.

We did have some scares. Smalls is allergic to dairy (I ate some cheese when I got home from the hospital-so sue me), and as soon as I went back to my vegan diet, he was fine.

(2). Had I not done my research, his stringy diapers, and frequent spitting up may have freaked me out. But I called my doula (LOVE HER!), who assured me that everything would be fine.

Babies just cannot digest the proteins and enzymes in cow’s milk – so why on earth would you give a baby formula made from the stuff?

This is my opinion, backed up by some research, and strong beliefs. If you chose to formula feed your baby that’s fine. No judgment, but please be informed.

If you’re pregnant and are going to ‘try’-consider this: those women whom I’ve spoken with that have stated they are going to ‘try’ usually only make it to (at a maximum) 4 months. Those who are ‘going to breastfeed’ (meaning they throw out the formula samples, refuse supplementation suggestions, and do NOT give their baby a bottle or pacifier for the first 4 weeks) are still breastfeeding their babies. 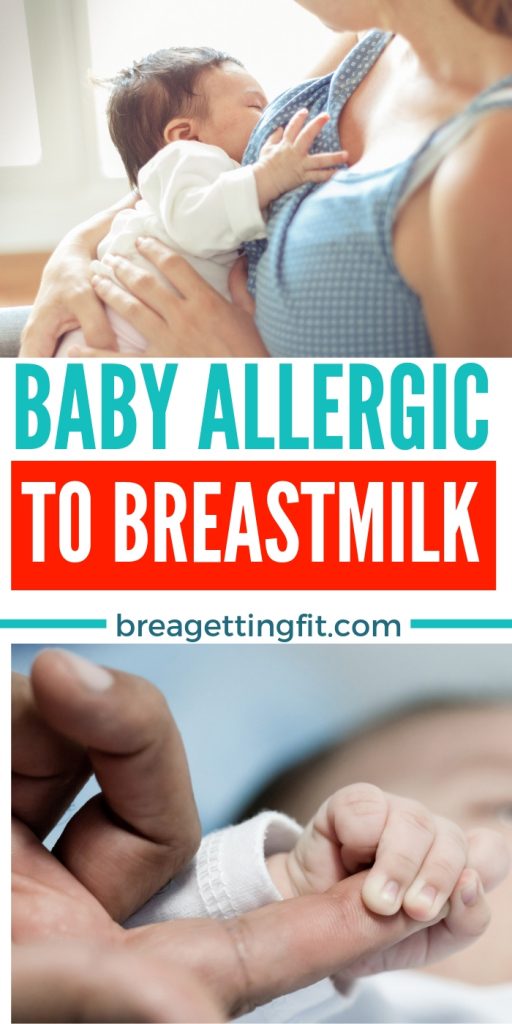 Have you ever heard of a baby being allergic to breastmilk?

Scarey boobs: Why Is Breastfeeding So Taboo?
Posted in Fit Family