Does Coffee Cause Premature Aging?

I’m a bit of a coffee freak. I mean, as an ex-barista, I have a bit of a palate for it. Whether you prefer espresso, macchiato, americano, cappuccino, latte, or brewed, if you know what all of that means, you’re in good company.

There are days when I prefer to brew my coffee at home (it’s been some time since I’ve had an espresso machine), or enjoying somewhere like the Sunset Place coffee shop, as a working mom, coffee is a huge part of my life. 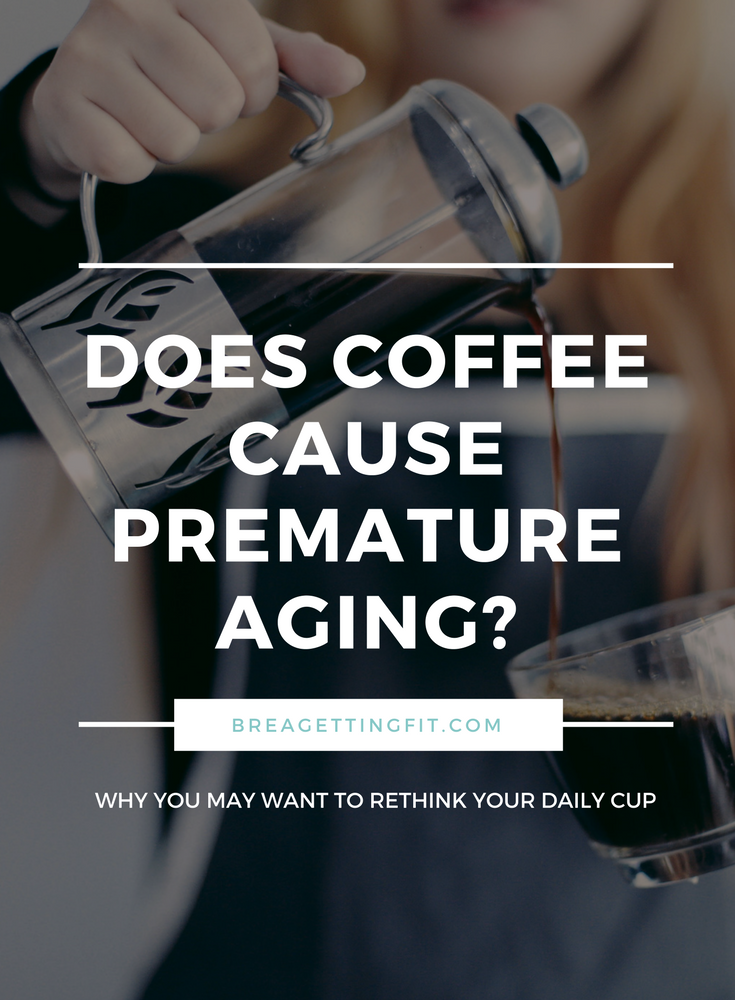 Many argue that coffee causes more harm than good, there are some that say coffee may be good for your health. So who’s right?

Does Coffee Cause Premature Aging?

Some researchers and theorists claim coffee is an anti-aging drink.

A 2012 study was published by the American Association for Cancer research that found drinking coffee could lower the risk of having a basal cell carcinoma.

Coffee also appears to have anti-inflammatory effects in the cells which may help increase elasticity in your skin, remove age spots, blemishes and minimize fine lines by constricting the blood vessels.

Is Coffee a Superfood?

Coffee, a brewed one mainly contains 2 components that are good for your body. These are antioxidants and caffeine.  Antioxidants are known to help eliminate free radicals in the body that causes cancer. It also helps in repairing cells, which are damaged caused by the free radicals.

Coffee is amongst the top 5 highest antioxidants found in food today and studies have shown that it has higher polyphenol antioxidants than the green tea, cocoa, herbal and black tea. I am currently addicted to this scrub.

In a study conducted by the Harvard School of Public Health, it was found that coffee contains hundreds of compounds which have both benefits and disadvantages in the body.

Though there are different opinions about coffee either being “good” or “bad,” according to experts, being addicted to coffee may actually not be terrible for you…especially if you are drinking pure black coffee.

In addition to antioxidants, coffee contains magnesium and chromium, which are important minerals in the body.

Studies have shown that a person who drinks coffee in moderation may have reduced risks of arrhythmias, stroke, gallstones, Parkinson’s Disease, Dementia and Alzheimer’s and type-2 diabetes. Not too shabby.

It is important to note that in the study done by the Harvard School of Public Health, “middle-aged” people consumed 1 cup of coffee, but it had been loaded with sugar and even whipped cream.

A study published by researchers in Korea found that drinking about 3-5 cups of coffee reduces calcium build-up in the arteries (which can cause heart problems).

Interestingly, studies have shown that there is a reduce risk for stroke and heart attack when drinking coffee in men. In women, drinking coffee only decreases the risk of stroke.

Now, coffee consumption does not appear to increase the chances of survival or successful treatment for those who have cancer or have experienced a heart attack already.

Experts believe that coffee increases blood supply to the brain, which increases your cognitive function, and helps you feel more awake. In this sense, it helps you be more alert (at least temporarily) and may help prevent memory loss or memory impairment, which leads to Alzheimer’s disease, dementia, and other cognitive problems.

In a study that followed  1500 people over 20 years, researchers found that those who drank 3-5 cups of coffee per day lowered their risk of dementia by 65% when compared to those who drank fewer than 3 cups each day.

The main risk of drinking too much coffee is coffee obviously caffeine addiction.

Though coffee can help you keep going through the day, it can tire out your adrenal glands. In fact, 80% of coffee addicts can suffer adrenal fatigue and will cause changes in your mood, increases anxiety, trouble concentrating, digestive problems and chronic fatigue.

For your sake, please keep your coffee intake at a moderate level. Caffeine withdrawal is not fun.

Now for the really important question….

Can Coffee Improve Your Ability to Exercise? Let’s think about this. Since coffee is known to improve your circulation, it may help you have a better workout. So there’s that.

Obviously, if you are going to drink coffee, it’s healthiest to drink it with as few add-ins as possible.

Are you still drinking coffee?