How to Eat Paleo at Disney

This past week, I had a MAJOR mommy vacation and it was glorious! A great bonus was I was able to to eat Paleo at Disney the entire time.

How to Eat Paleo at Disney

What better way to spend my vacation than on the happiest place on earth? That’s right… DISNEY WORLD. 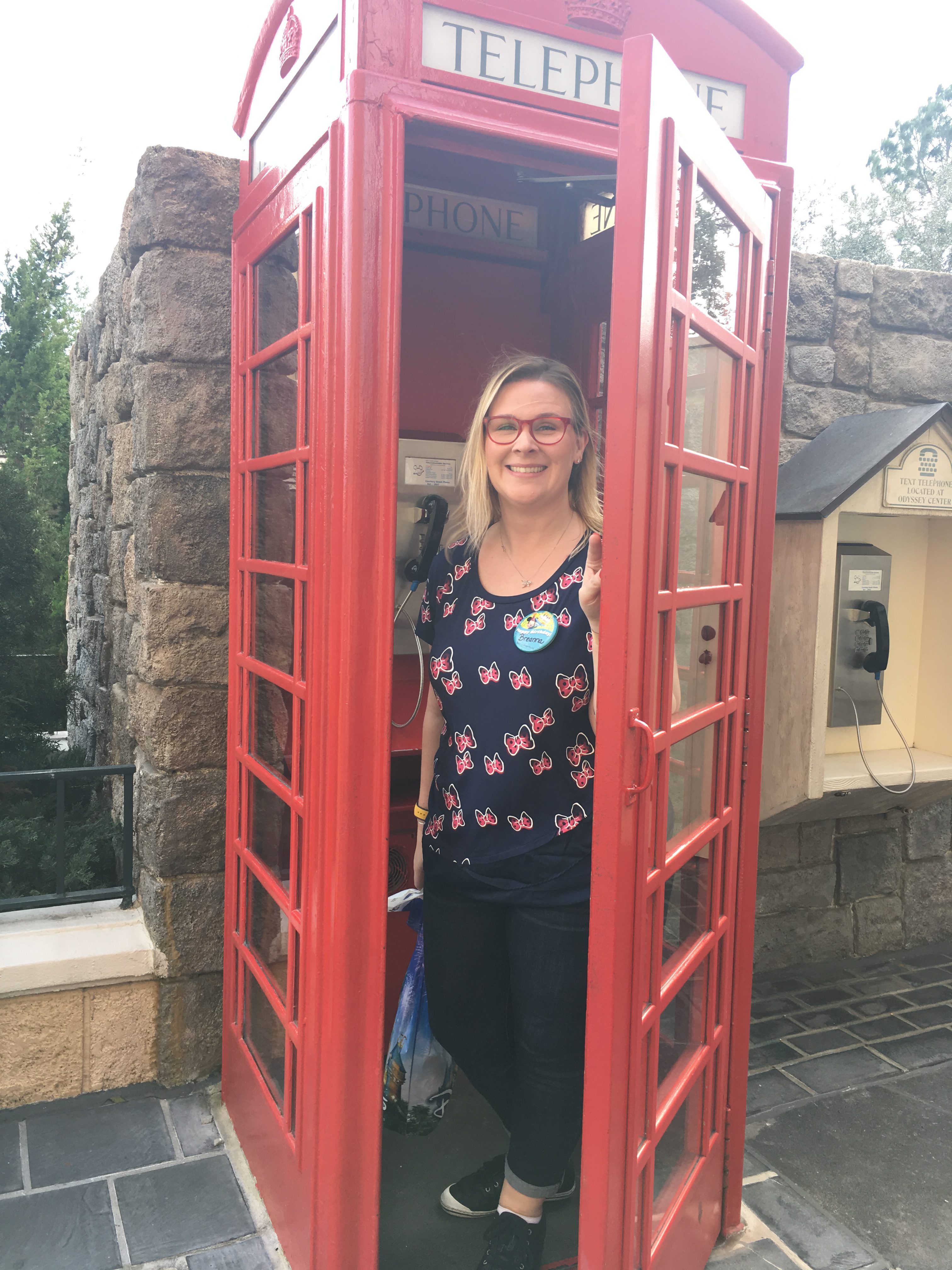 And I went without my kids.

As a bonus, I was able to eat PALEO without much fuss. I was worried at first, but when I started to look at the menus, I was able to figure out the best places for me to eat without worrying about stomach pain or other issues (you know exactly what I’m talking about). 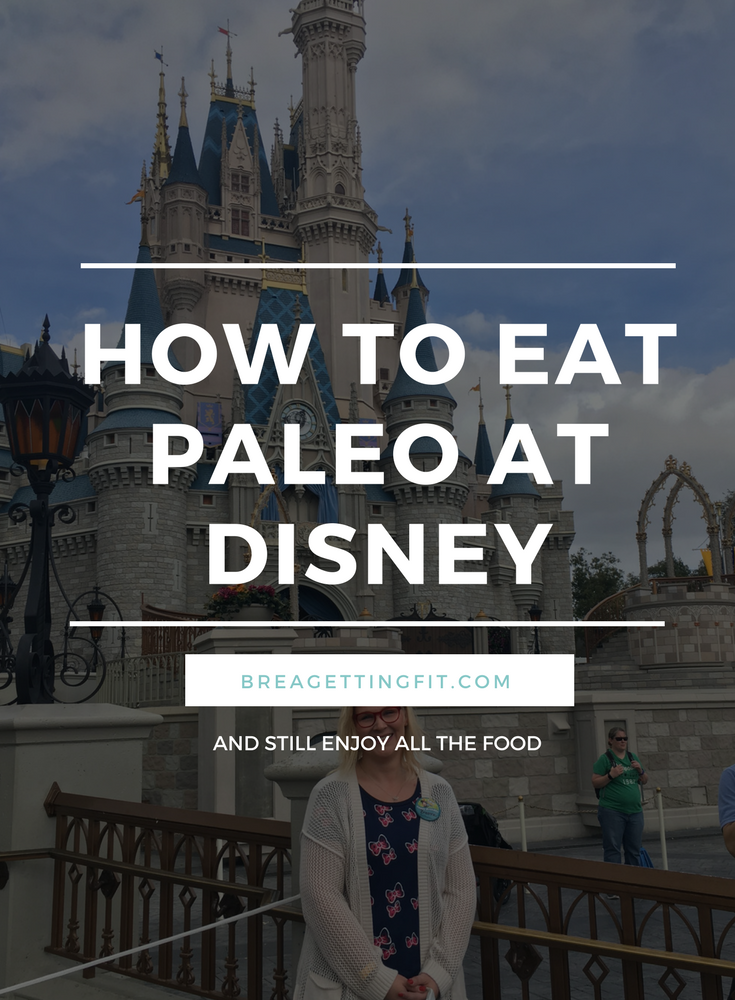 Disney has to be one of the best places for people with allergies and dietary restriction that I’ve ever been to.

They have SO many options to eat that I definitely did not feel limited. One of the best things that I did was to pack some snacks to bring with me-that saved my bacon a few times when I was starving and on the hunt for food (between reservations). 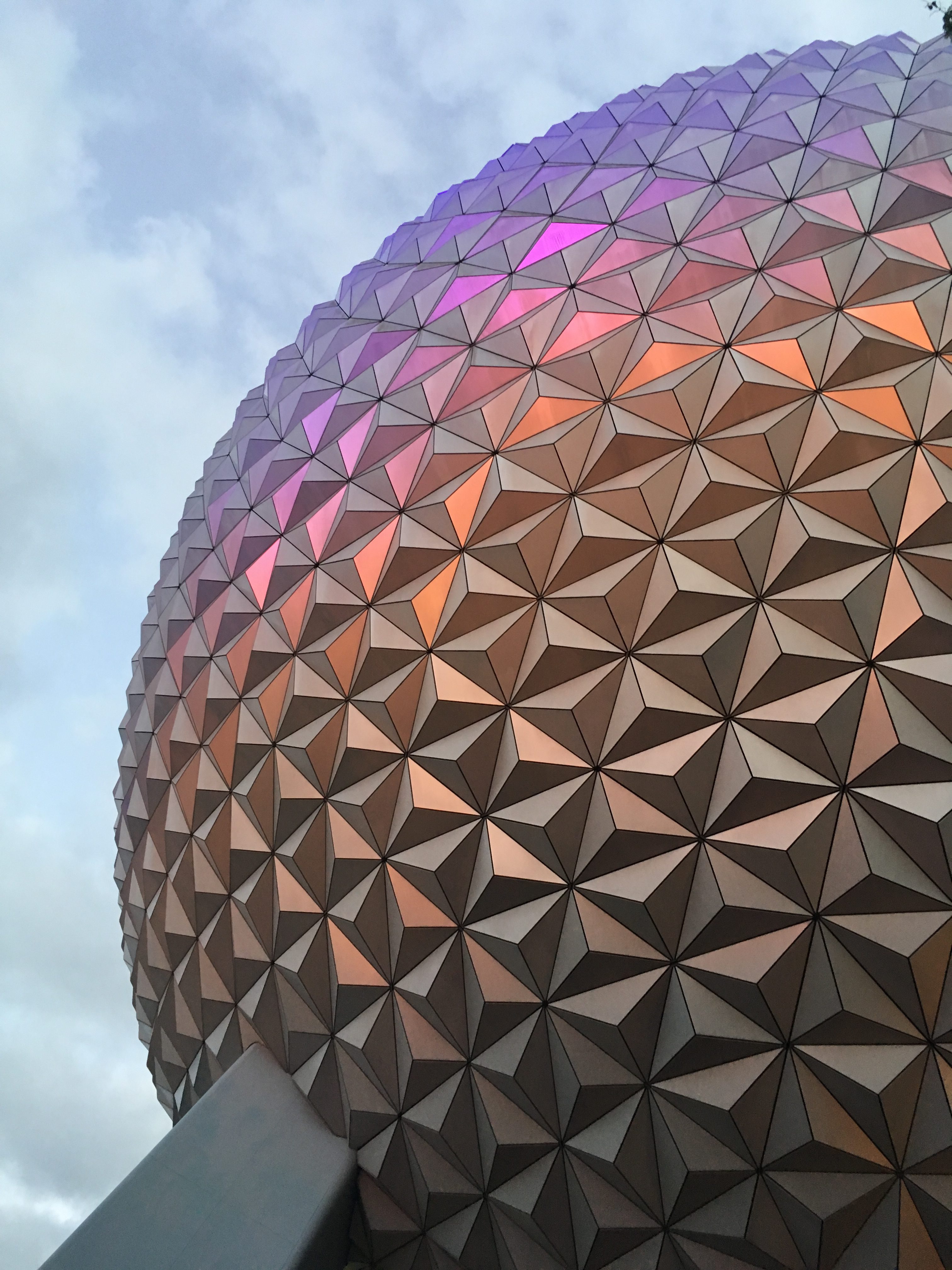 Did you know that you can bring food INSIDE the parks?

This definitely worked to my advantage. On the first day, I locked my bag in the hotel safe, but then I was hunting down food every few hours. So the second day, I stashed some healthy snacks in my bag (Want to know my top 5 healthy snacks?). I bought a pack of freeze-dried fruit and veggies and pre-packaged almonds. Both things that I knew would time me over but not make me totally full (because let’s face it-those turkey legs!)

I also brought a collapsible water bottle with me so that I could fill up before leaving my hotel. Then I just asked for ice at a concession stand when it was getting low.

That brings me to actual meals. Y’all. Disney has some of the most delicious food there is. I made sure that I took full advantage of all the deliciousness to be consumed (and the 17,000 steps per day I got didn’t hurt!).

Because I was basically at the parks for 2 half days (I got in around 3 on Thursday and had to leave to go to a work meeting at 4 on Friday), I made sure that I had lunch and dinner reservations on day 1 and lunch reservations on day 2, since I didn’t know for sure which park I was going to start at on my second day. 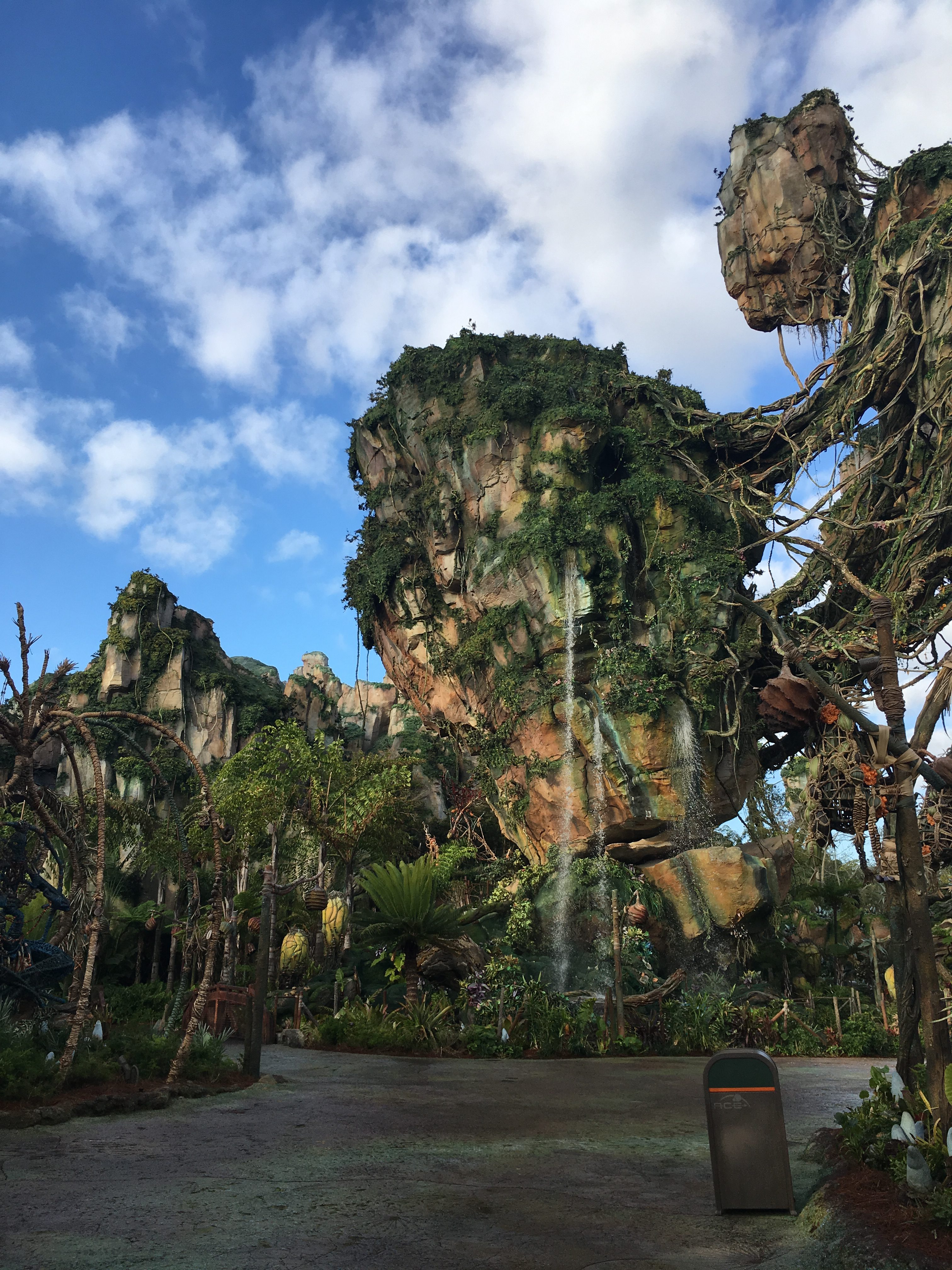 I loved the breakfast at Tusker House. It was what I usually eat-scrambled eggs, bacon, fruit, and lots of it. I should have taken a picture but by the time I remembered the food was gone and I was running toward Pandora (which was nuts, by the way!). 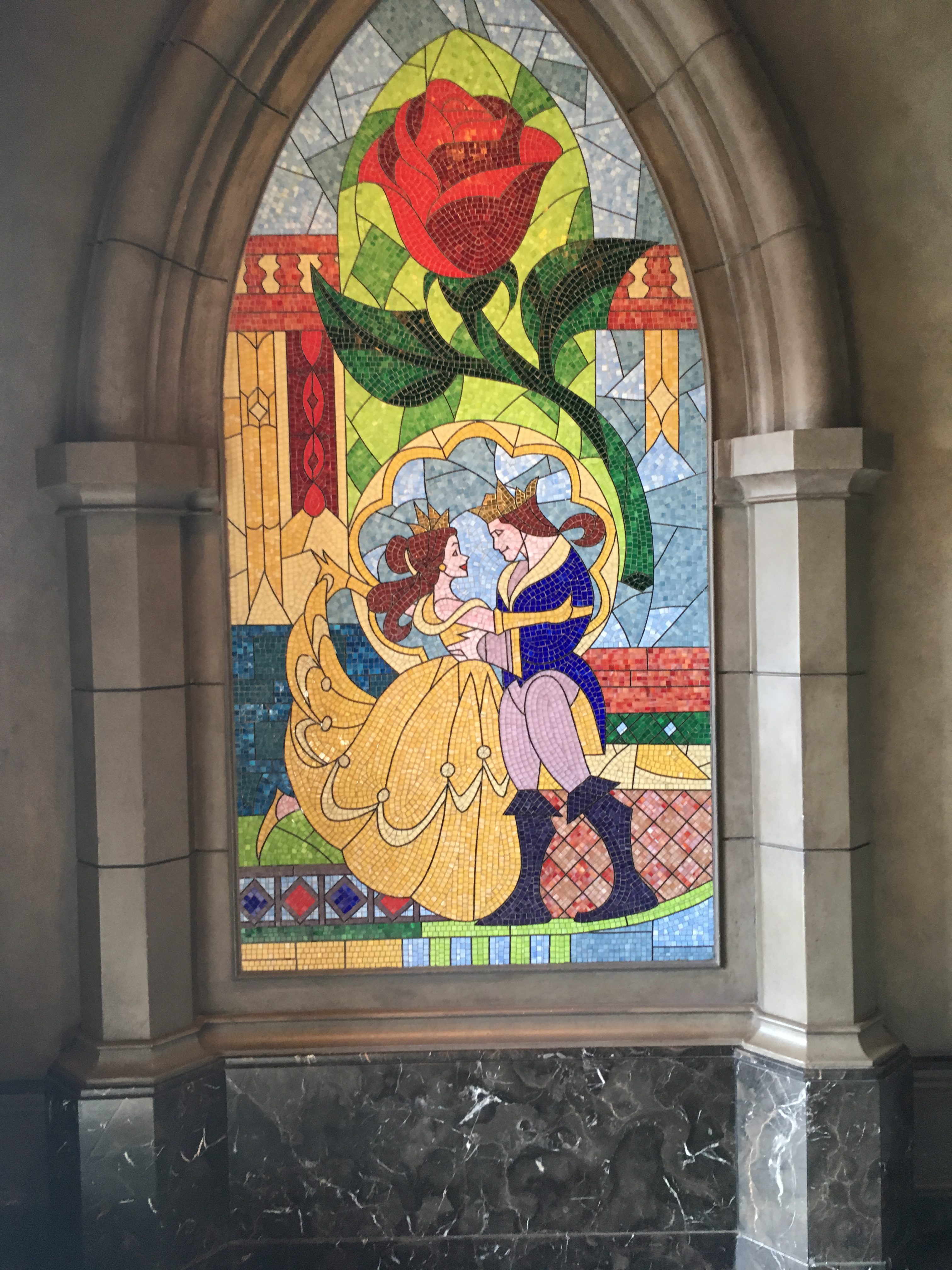 Be Our Guest (Magic Kingdom)

Be Our Guest has to be one of my all-time favorite restaurants. It’s a quick service restaurant at lunch, which means that if you take advantage of their pre-order system they’ll get your food to you quickly and you can eat and be on your way. 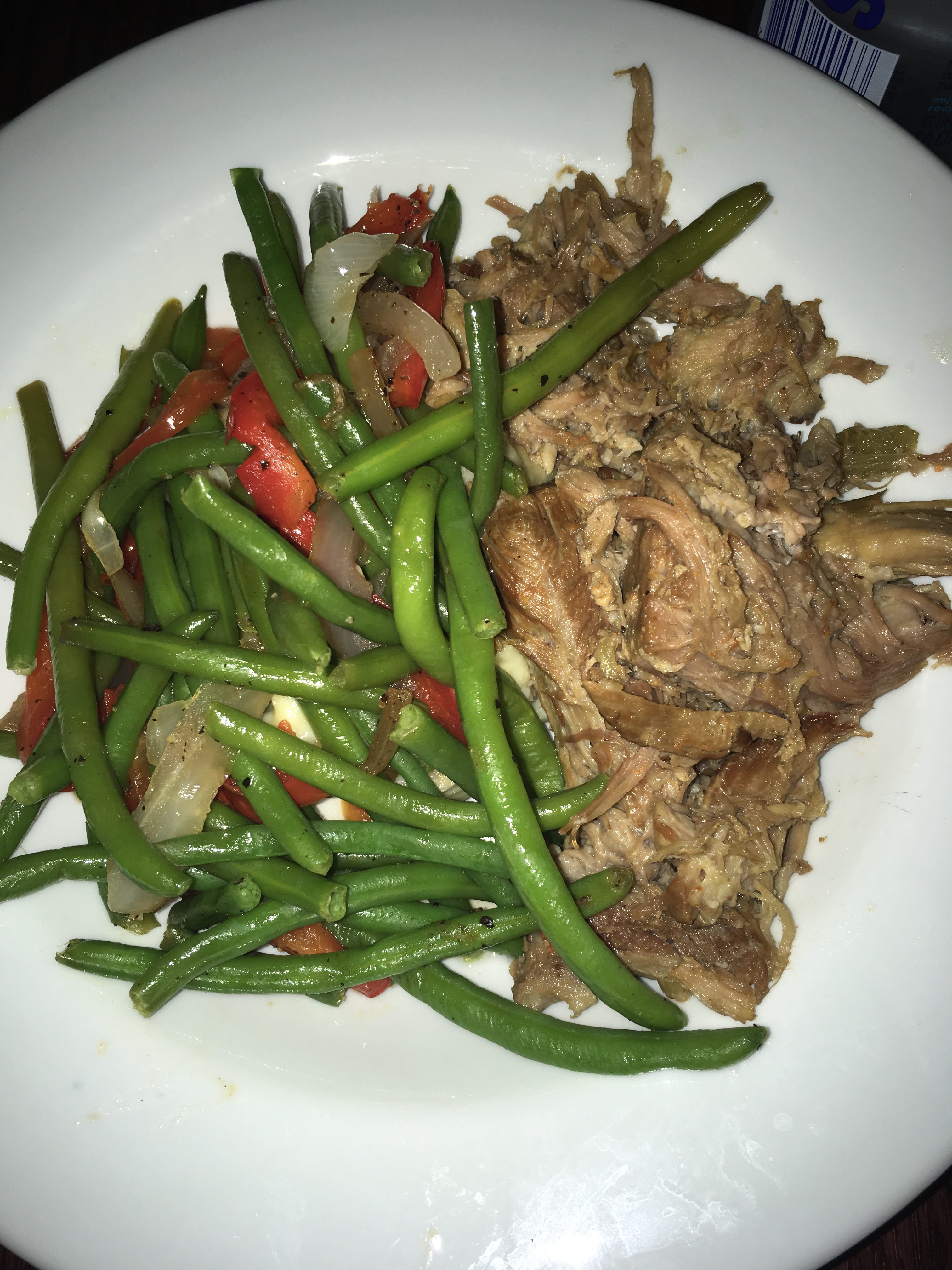 I ordered their Braised Pork (Coq Au Vin Style) and it came with green beans and mashed potatoes. I don’t normally eat potatoes, so I grabbed a server and asked to leave them off, which they did.

My plate came out quickly and I got to enjoy the thunder and lack of lighting in the West Wing. 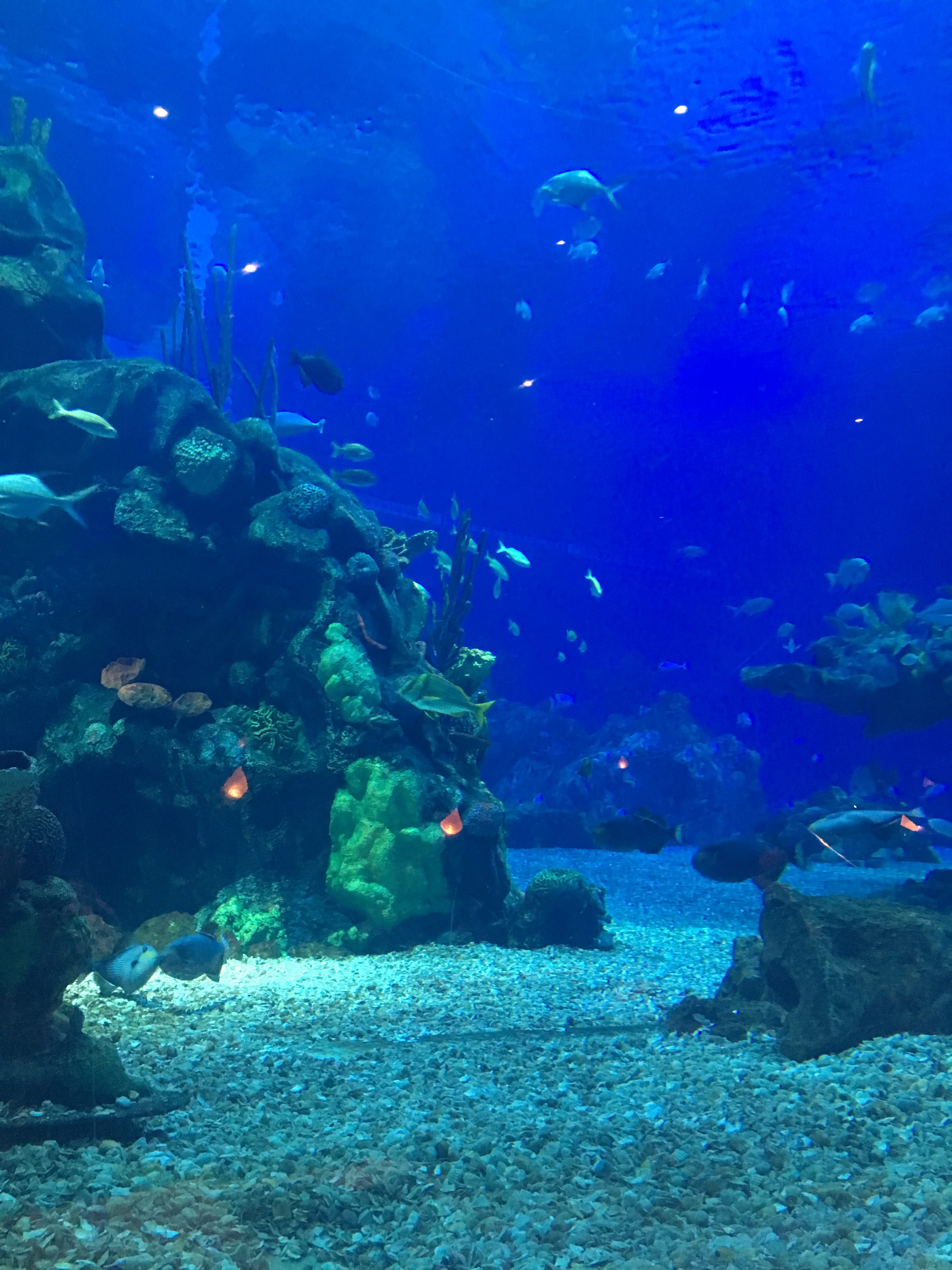 For my birthday dinner I went a little “off plan” and ordered shrimp and grits, and I am so, so glad I did. They were amazing. 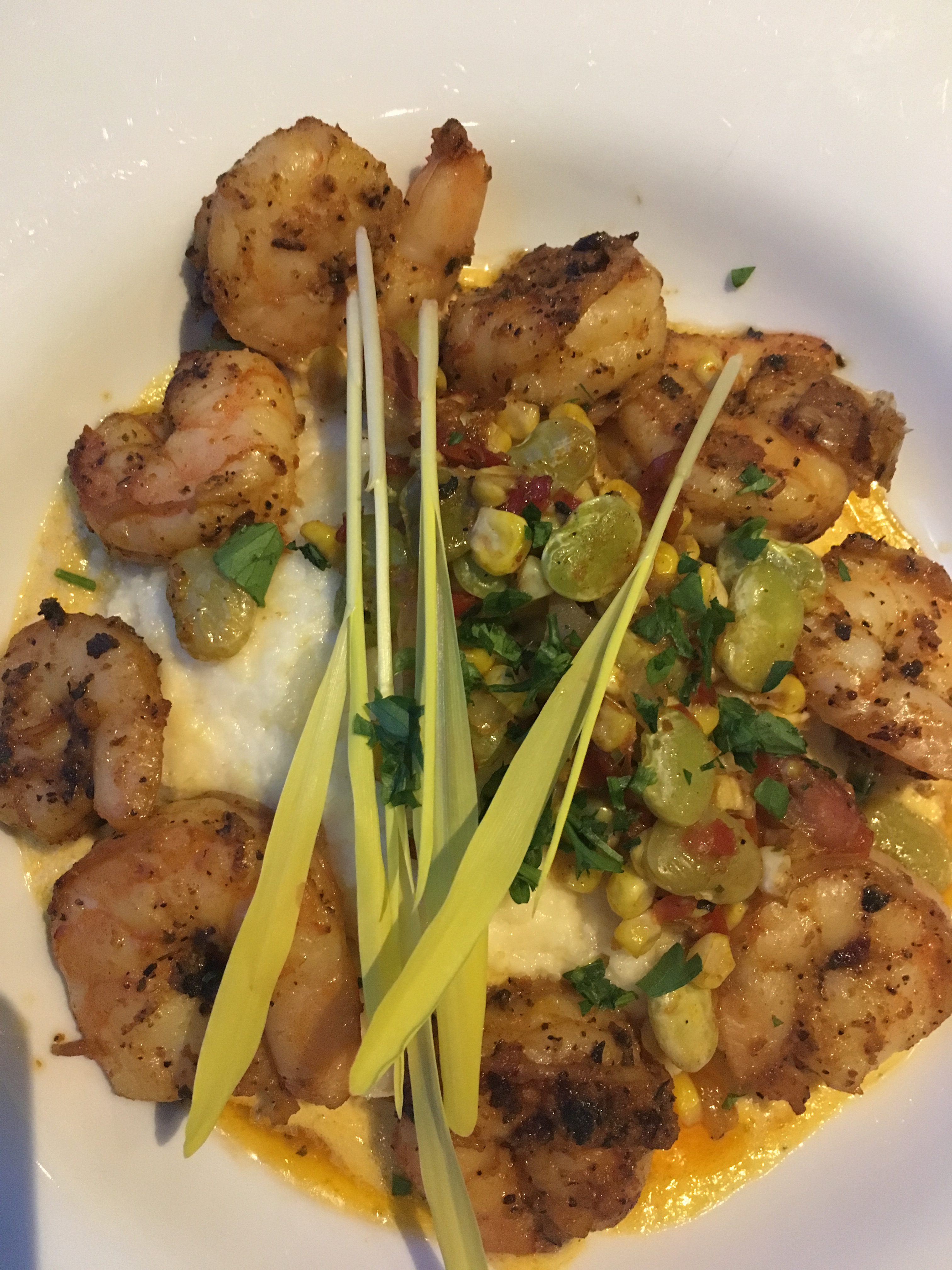 And, if you can handle hominy, you need to try them. I got to sit next to the huge fish tank and hang with some cool sharks.

When I arrived at Coral Reef they were running behind, so I ran over to The Land and hopped on Soarin’ while they held my reservation, which made the trip extra awesome. 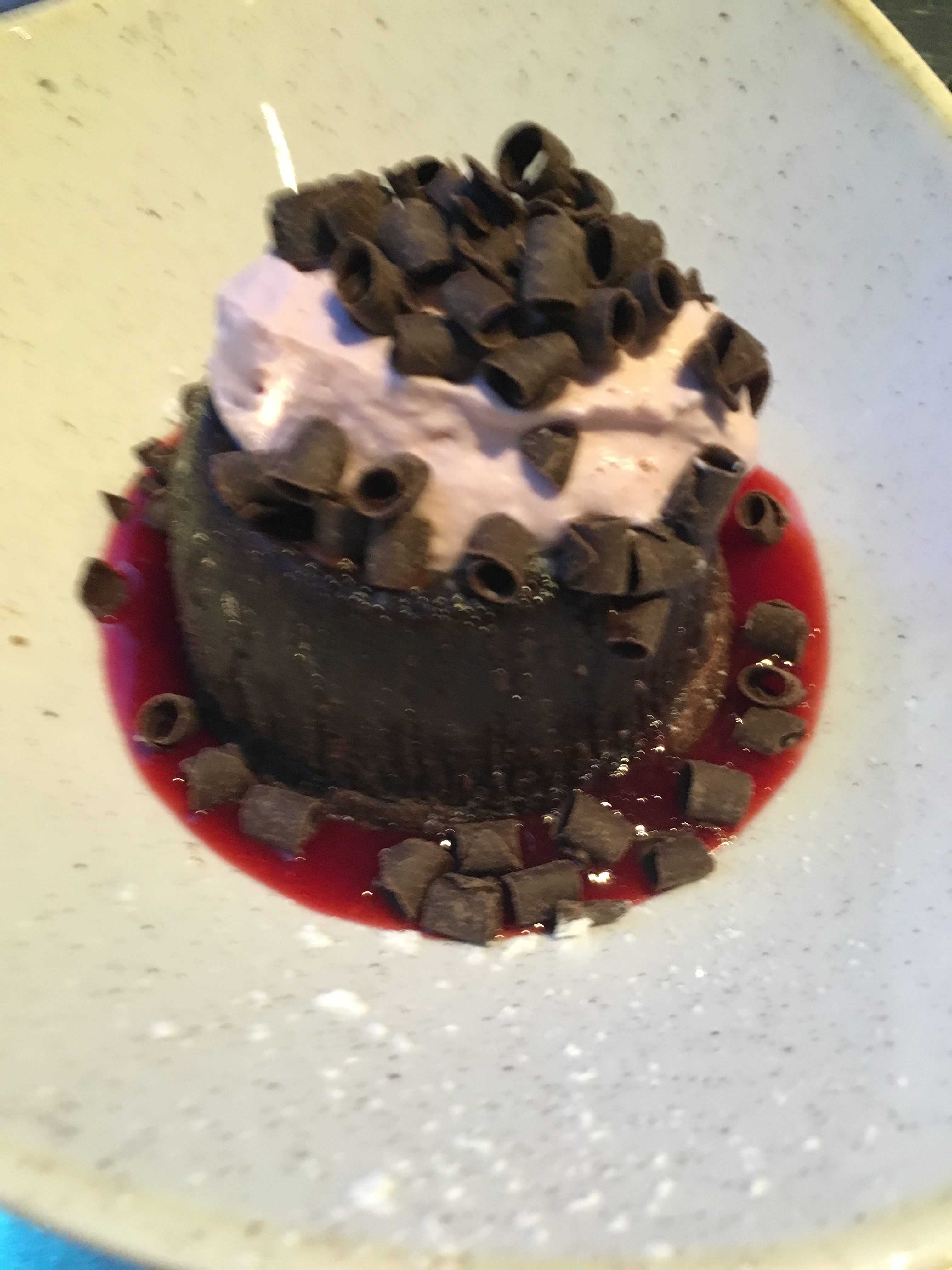 AND, the chef sent out a gluten-free birthday cake after my meal, and you know what? I totally ate it. Paleo or not, it was delicious (and if you think I should have said no to a gluten free lava cake, then you can leave right now)!

P.S.- I’m sorry for the blurriness (I was way too excited at the concept of GF lava cake :D) 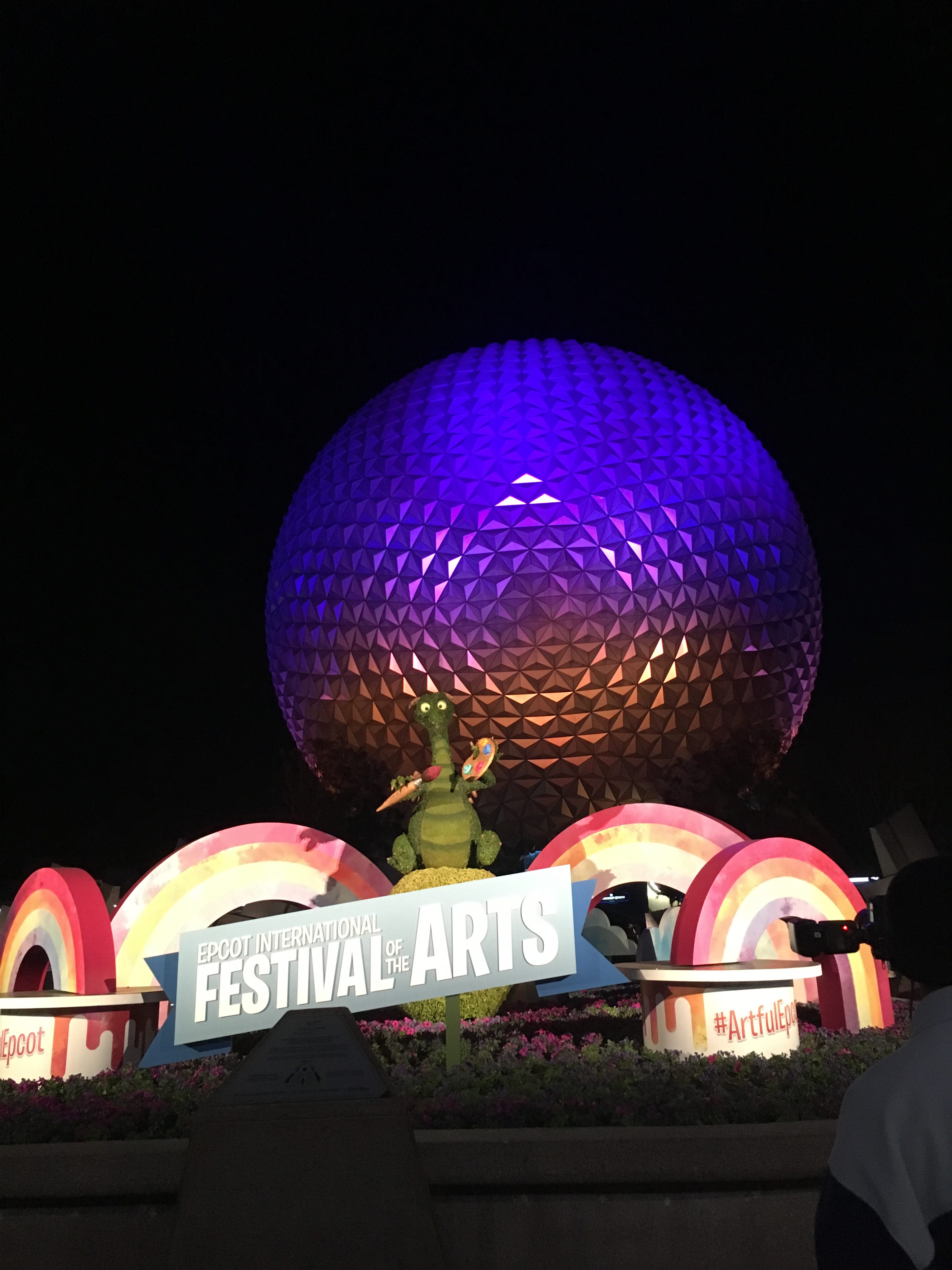 I found turkey legs at Epcot!! I was able to grab a jumbo turkey leg while I toured the back half of the World Showcase. I love turkey legs. 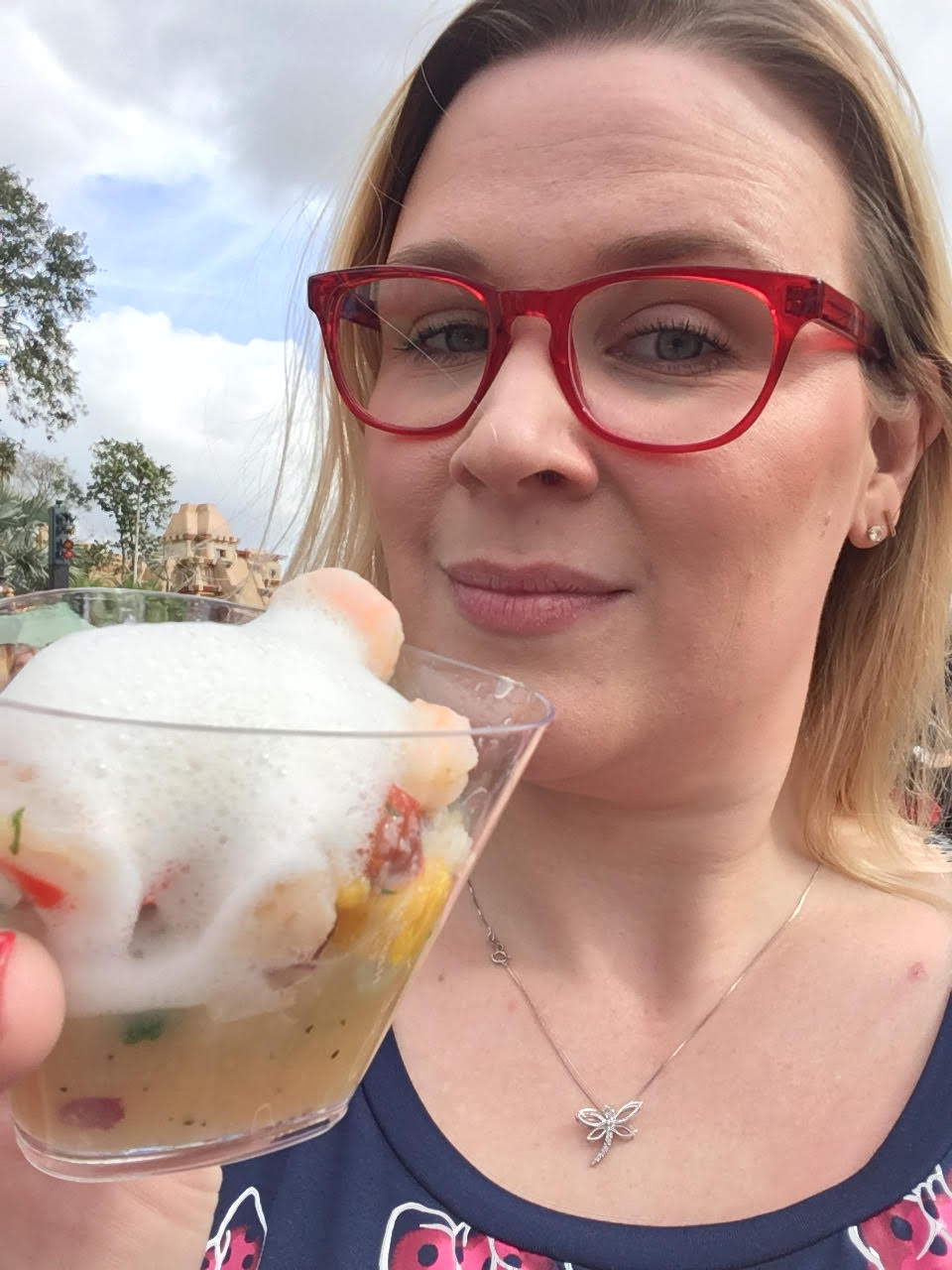 I stopped here on a whim (and I’m so glad I did!), not knowing if I could eat anything on the menu, I was super excited to see their Shrimp Ceviche (so delicious!). 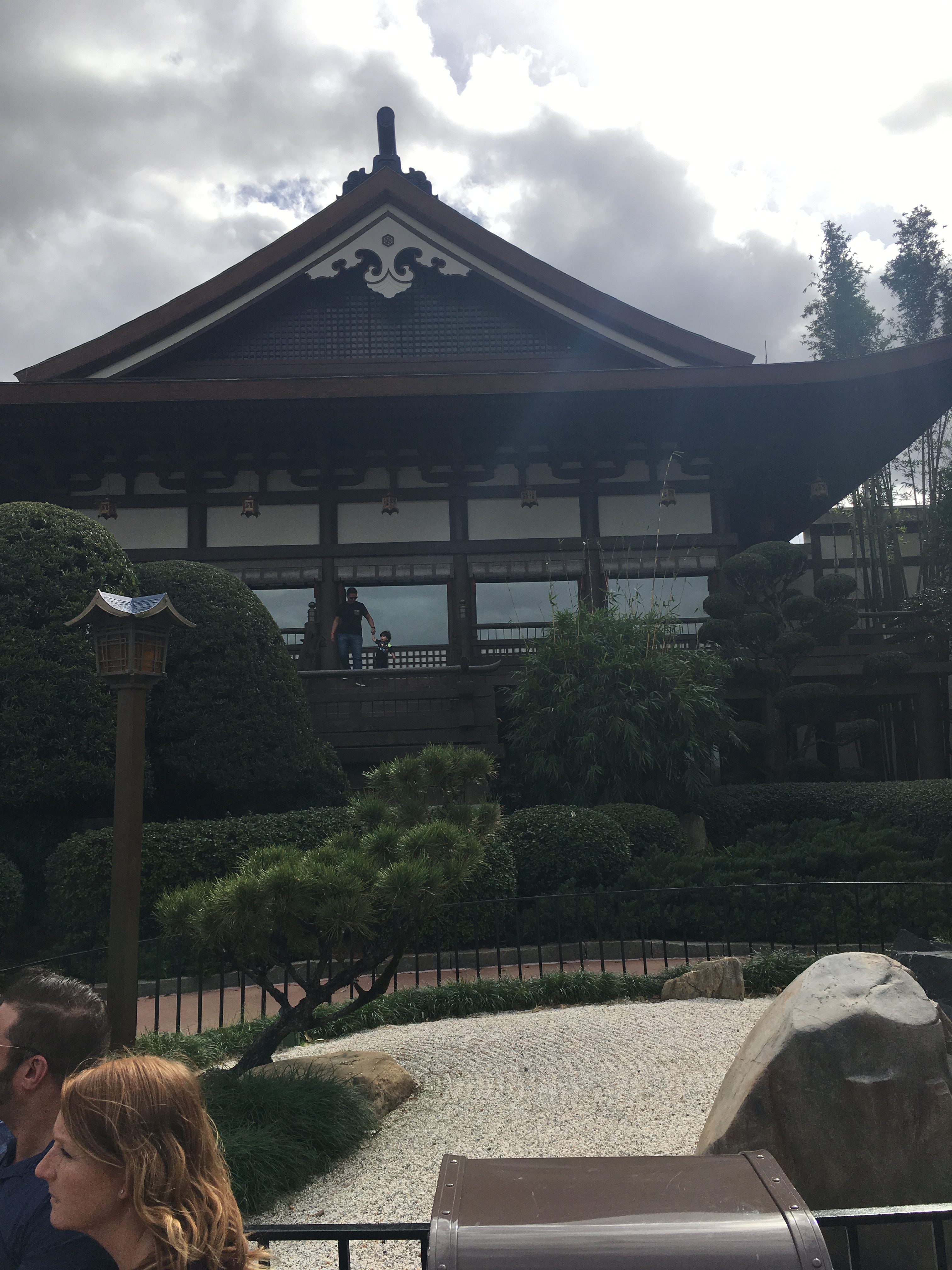 I had heard good things about this place, so I tried it. I got the sashimi plate (by itself) and it was very filling.

Sure, people looked at me a little weird, but who cares? It was delicious.

Some concession stands to have paleo options, like my die-hard favorite food, Turkey Legs. 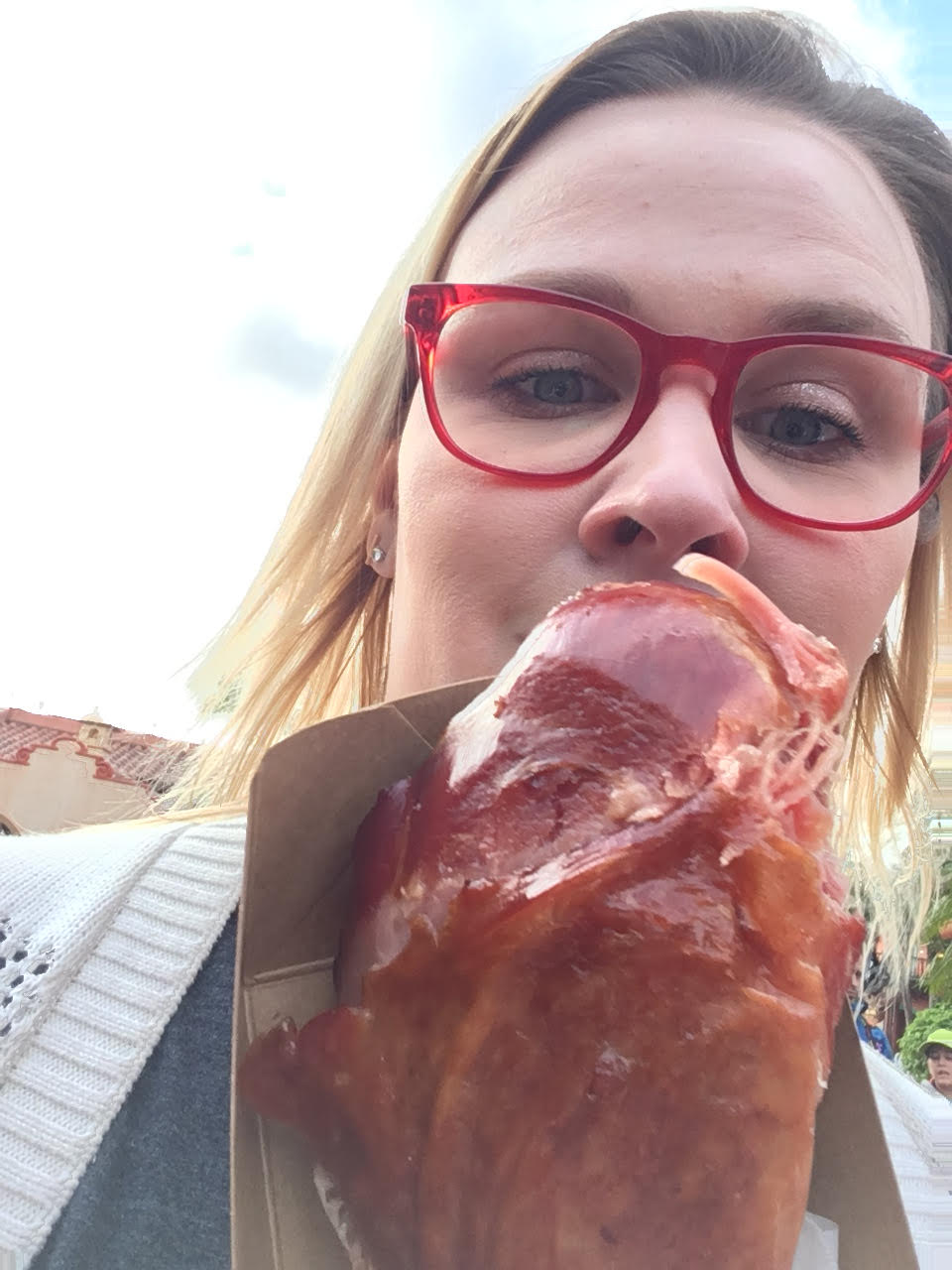 When they say jumbo turkey legs…they mean it. I mean, it’s as big as my head, y’all.

But seriously. ONE turkey leg will fill you up and give you the fuel you need to run from Adventureland (where I snagged this bad boy) to Liberty Square for your 12:10 Fast Pass on The Haunted Mansion (my fave!!) 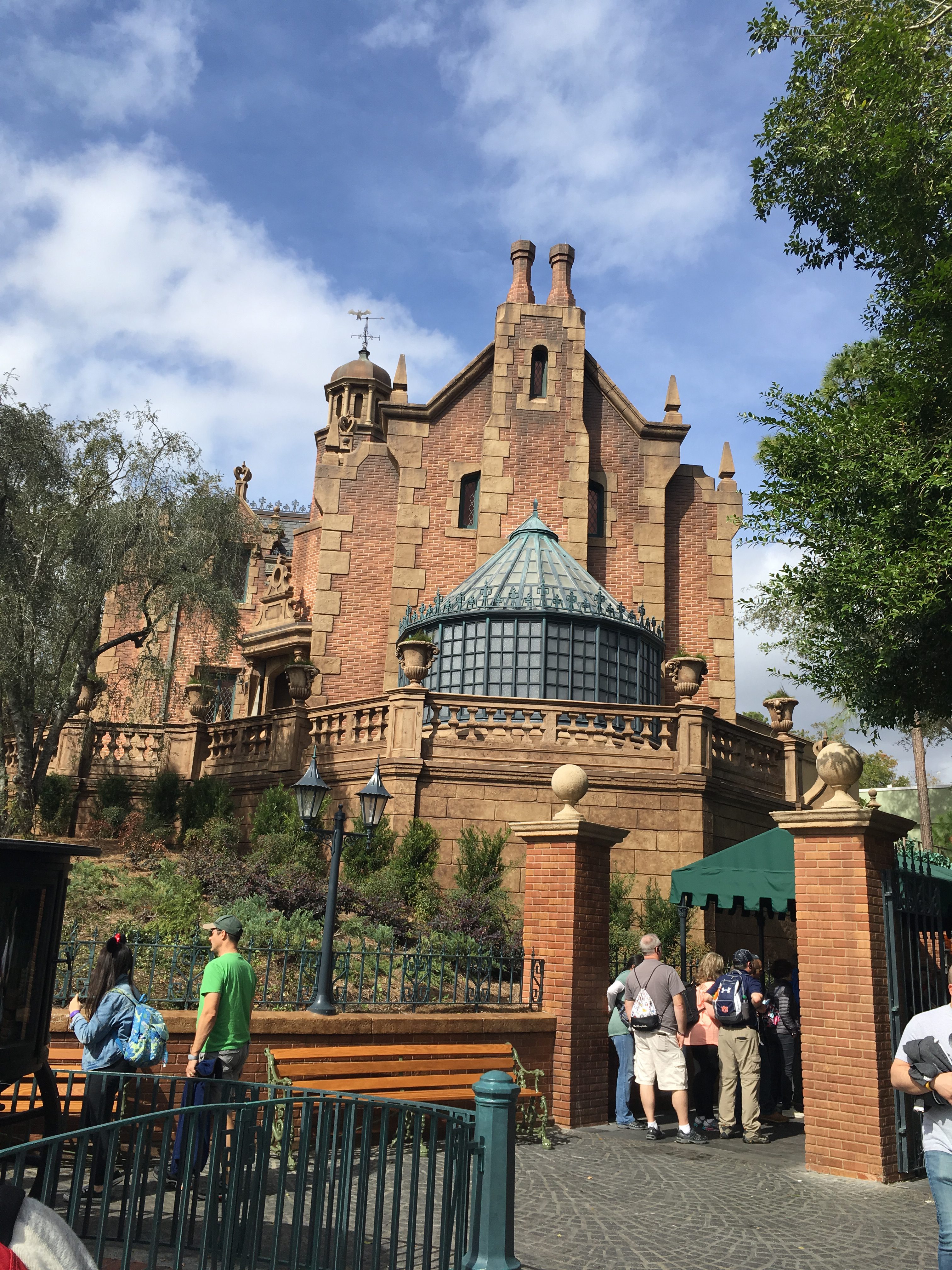 Looking for travel tips for your next Disney vacation? Check out my fave Disney trip planning blog.

What do you eat at Disney?

Time To Cut The Junk: Countdown To My Whole 30

What Is Paleo? A Beginners Guide

Foods That Will Keep You Full Longer
Posted in Fit Food