Have A No Screen Time Play Date

Thank you, Goliath Games for sponsoring this post. Pick up your favorite game today to enjoy the holiday season and beyond!

With such a big move and basically starting over, we have all had to readjust and start our new life, even my boys! A small part of me felt guilt but when Smalls came home one day from school and asked if his friends could come over to play, I was over the moon!

I was so worried about the move and all he wouldn’t have any friends since he’s on the shy side, but my kid did it!

He made friends!! #MOMWIN

But I’m THAT mom and I want my son to actually play with his friends and not just be attached to the screen. So I declared this a “No Screen Time Play Date!” A.K.A. Bring out the board games and let’s do this!

We went to Target and I let Smalls pick out 5 boards games:

He tried to make a run for the snack aisle but like I said, I’m THAT mom and I wanted to go all out and make some delicious yet healthy snacks for the kiddos! Let me tell you though, these games were HILARIOUS!

I’m going to share with y’all the HOW-TO’S and the YUMS from a “No Screen Time Play Date!” 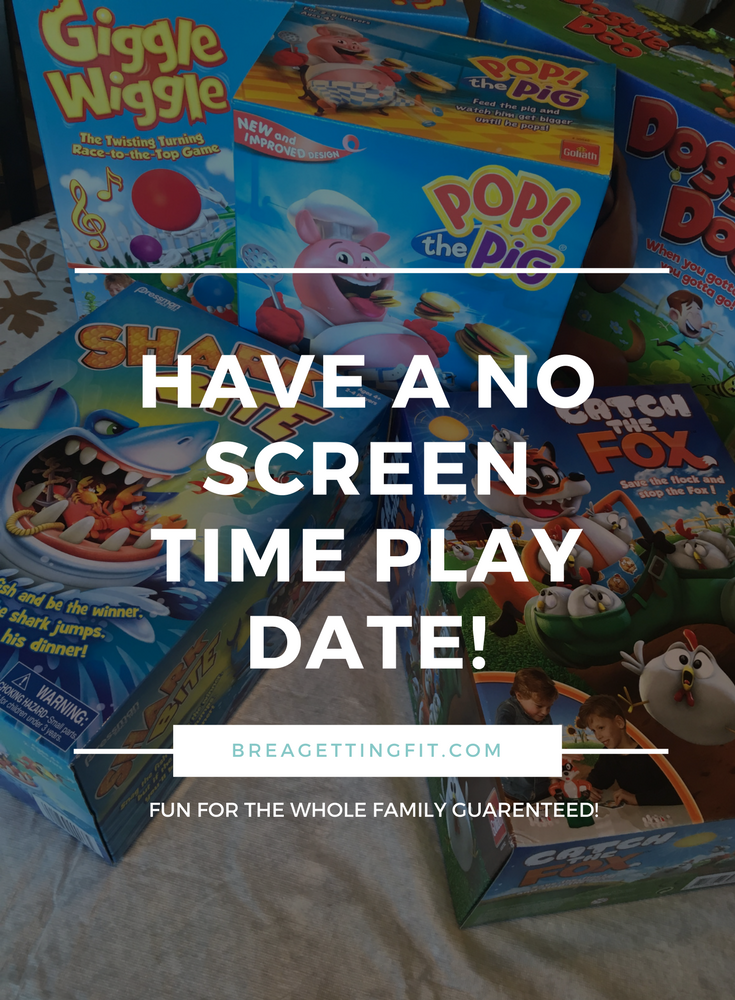 This one was MY favorite! It just cracked me up every time the baby would jump up when the shark would take a bite!  Shark Bite included 1 hungry shark, 12 colorful sea creatures, 1 fishing rod, 1 dice, 1 sticker sheet, and complete easy-to-follow instructions.

So what you do is you place the fun and colorful sea creatures into the shark’s mouth and take turns rolling the dice and fishing for the sea creatures using the fishing rod. But WATCH OUT – the shark is going to bite at any minute! The kids were hooked at first bite! This was a REEL-y good time! 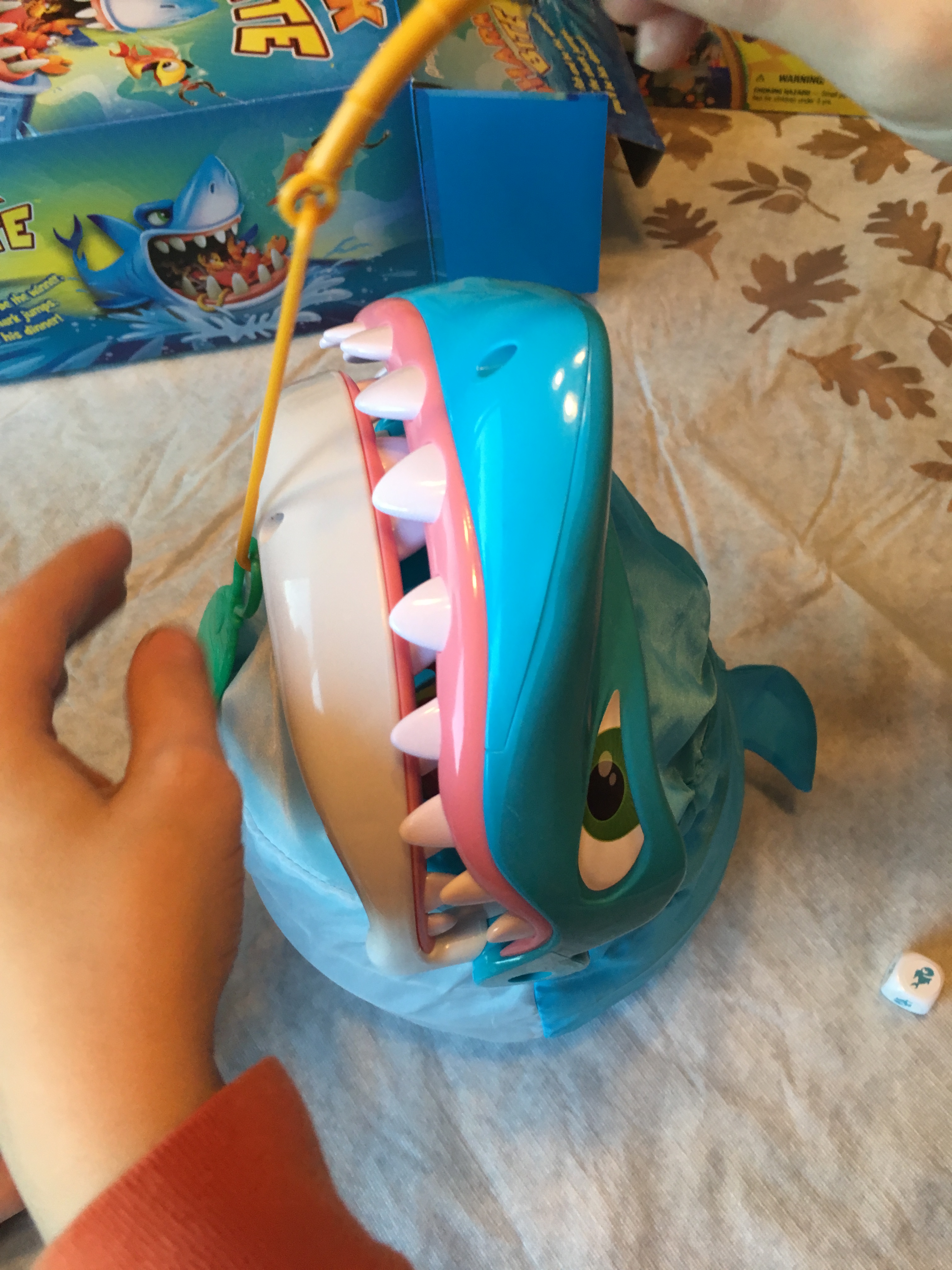 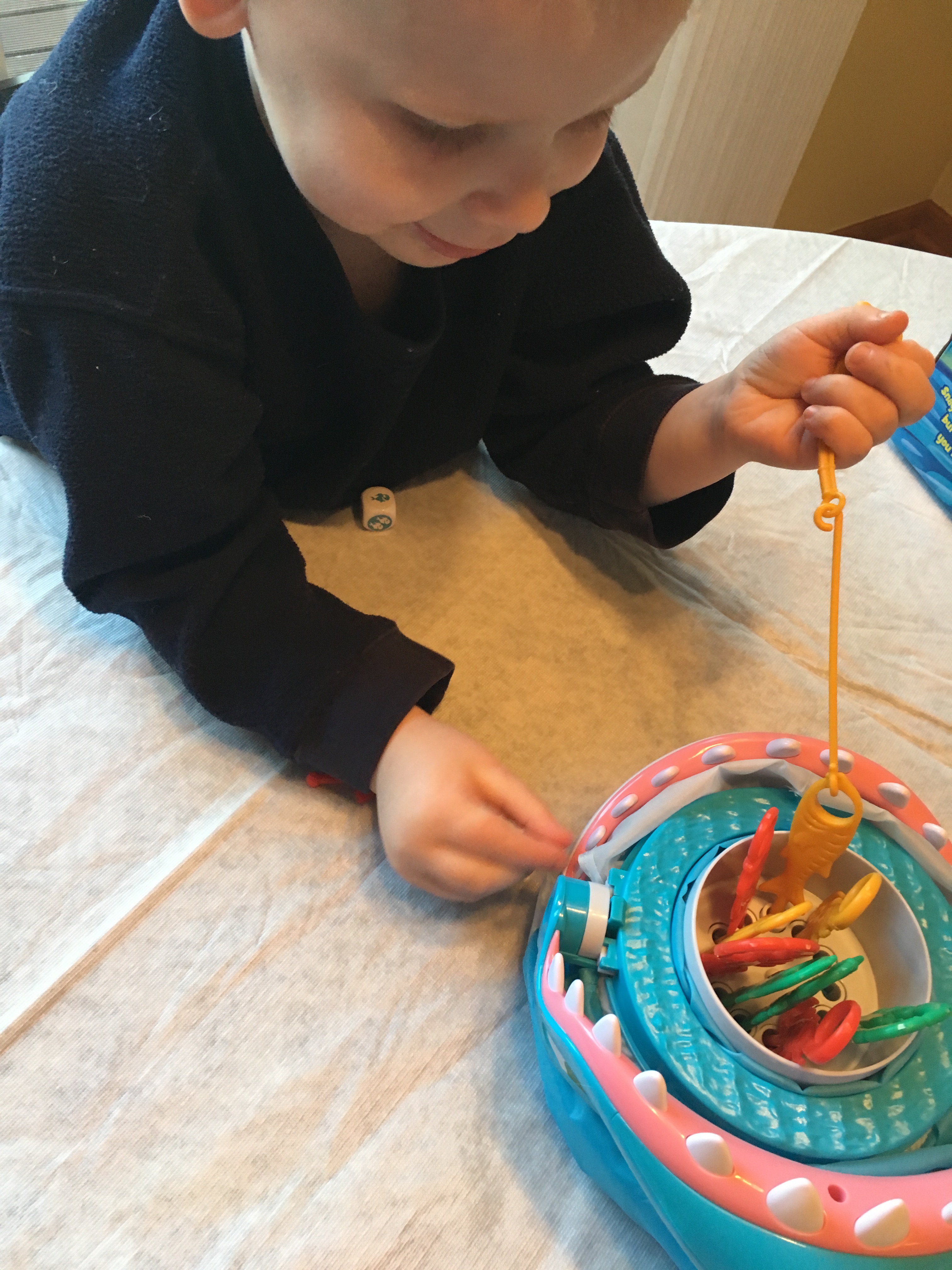 Y’all, this game was the cutest game ever!

Giggle Wiggle is this super cute caterpillar with several hands to spare. Smalls and his friends had to go as fast as they can to the top by placing the colored marbles starting from the bottom row of his hands all the way up to the top as he wiggles to the fun music! He will try to knock your marbles off as you are playing, but if he does… just pick them up and keep on racing!

Let’s just say, there was a lot of competition going on! HAHA! 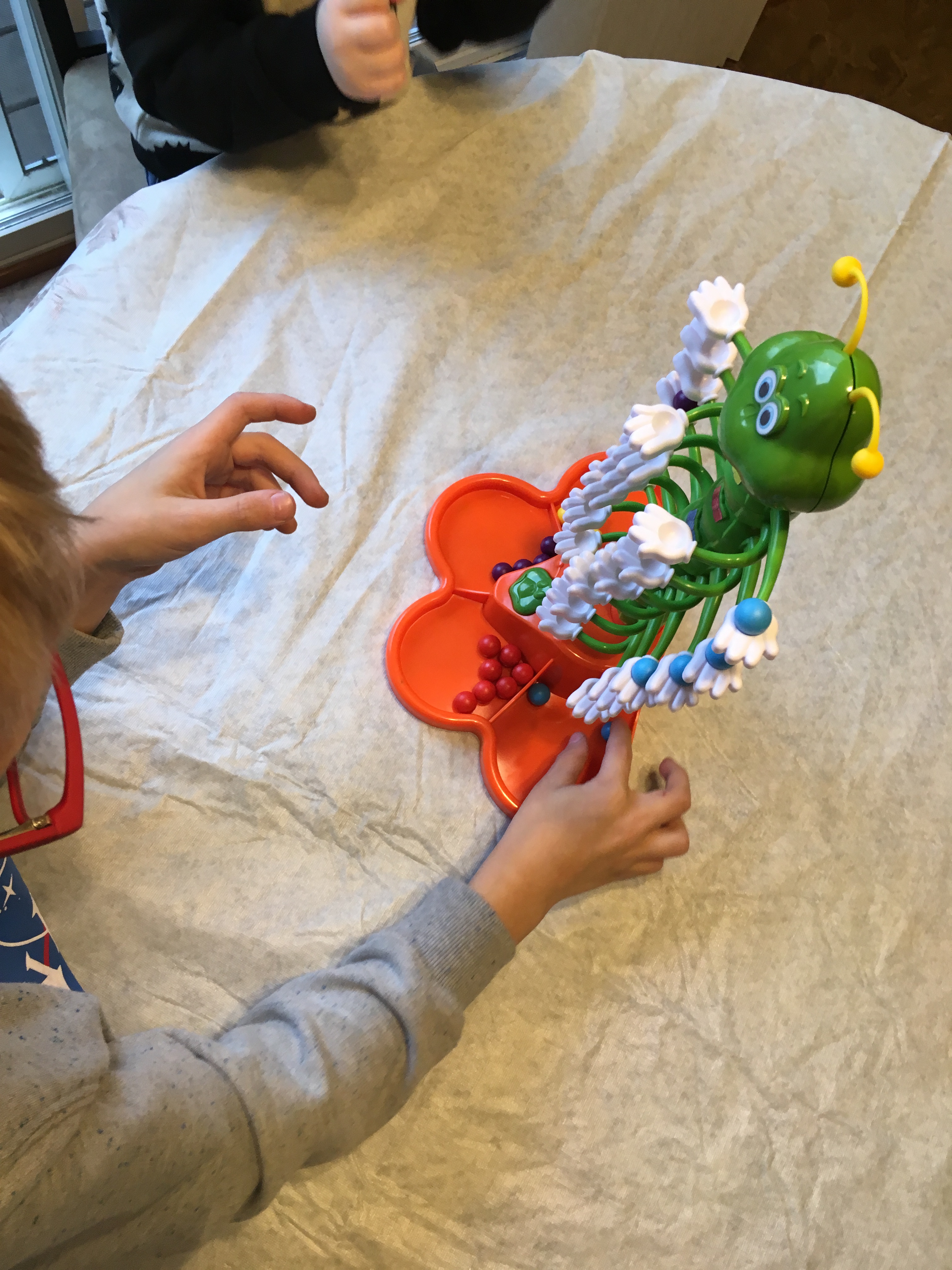 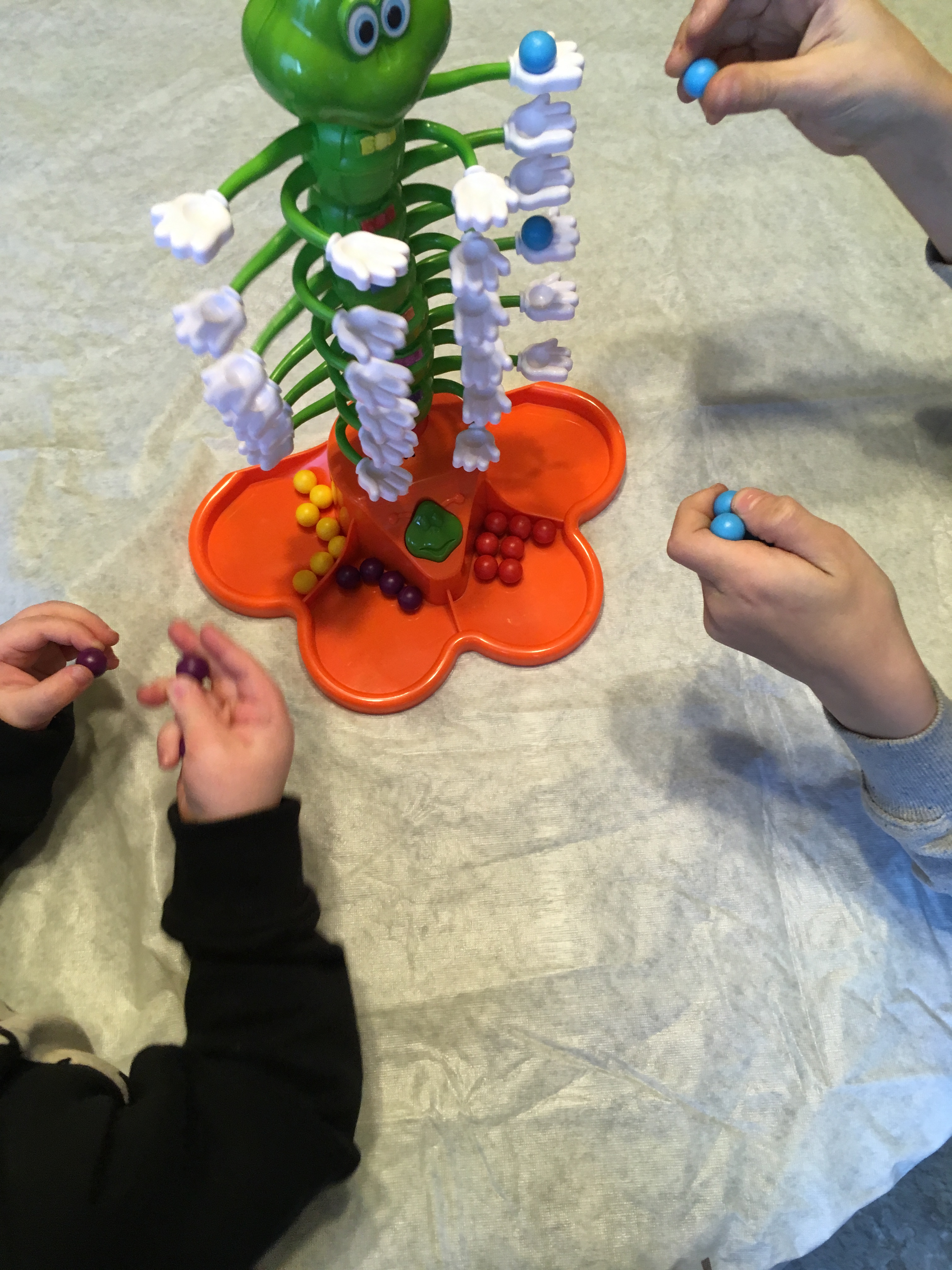 This was the Baby’s favorite! Everyone took turns rolling the die, feeding the pig, and pushing down on his head. Every time you pushed down, it made his belly grow bigger, bigger and bigger until…POP! As a mom, I LOVE how educational this game was! It teaches numbers, colors, and counting! How cool is that? 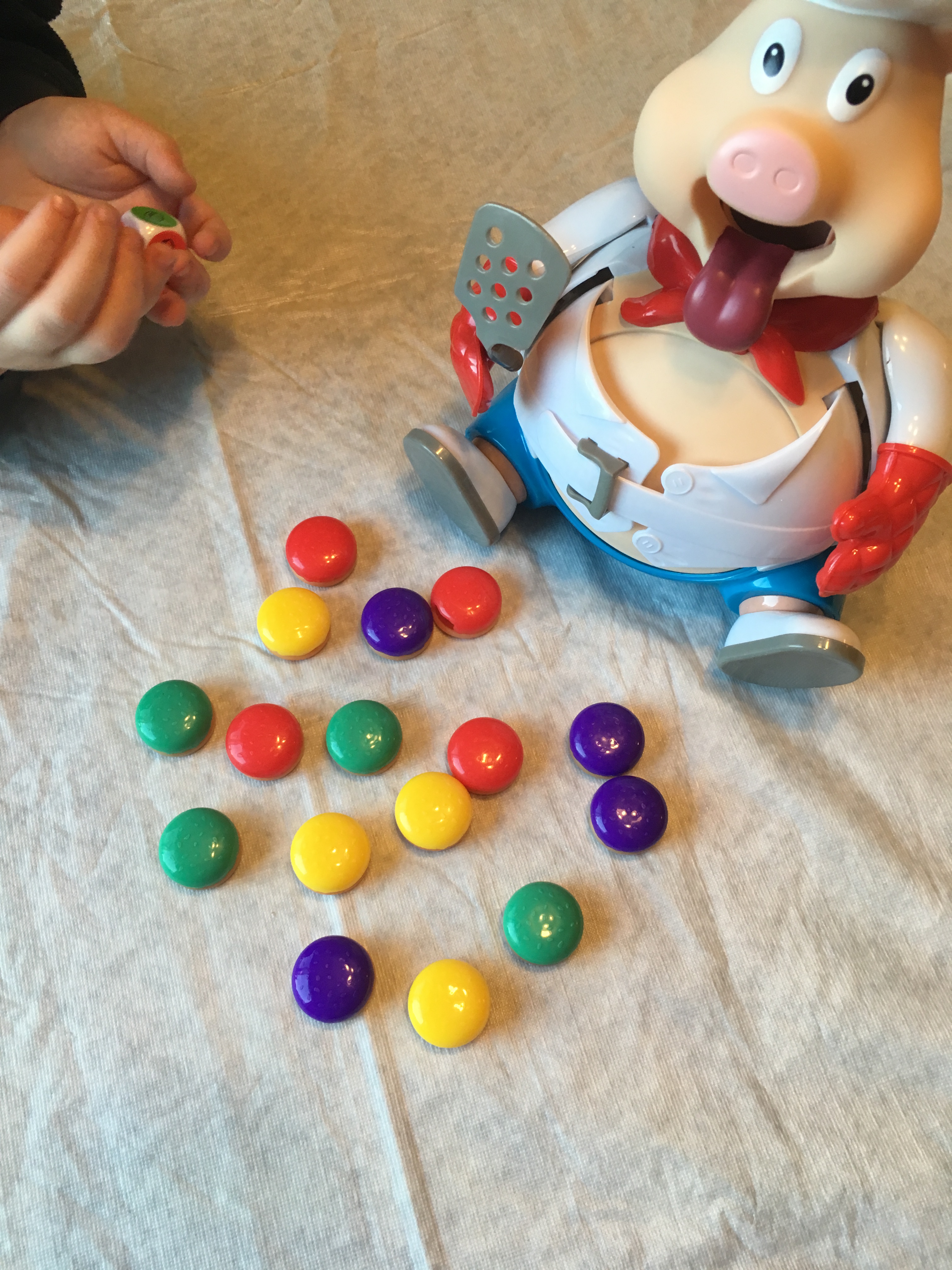 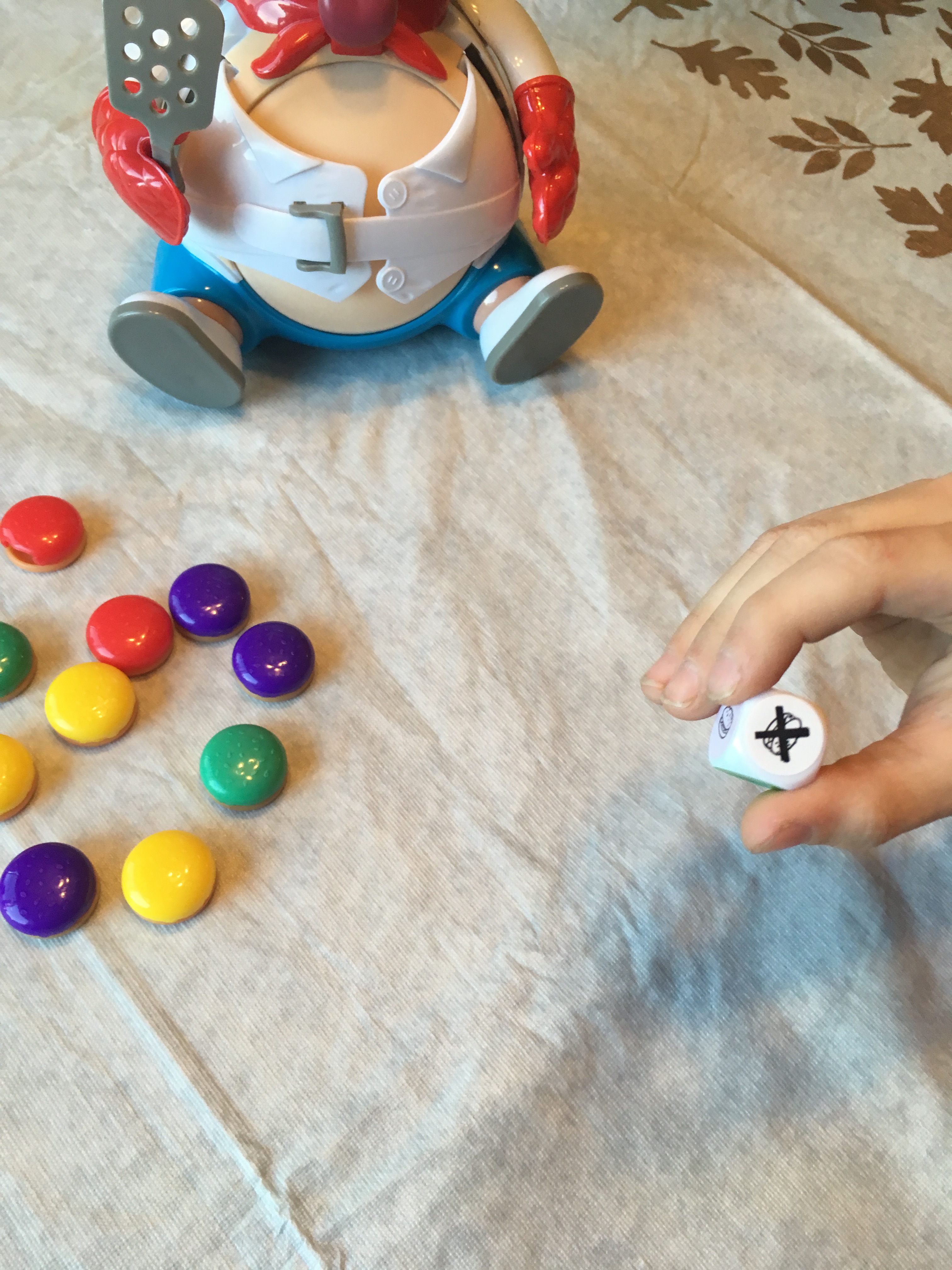 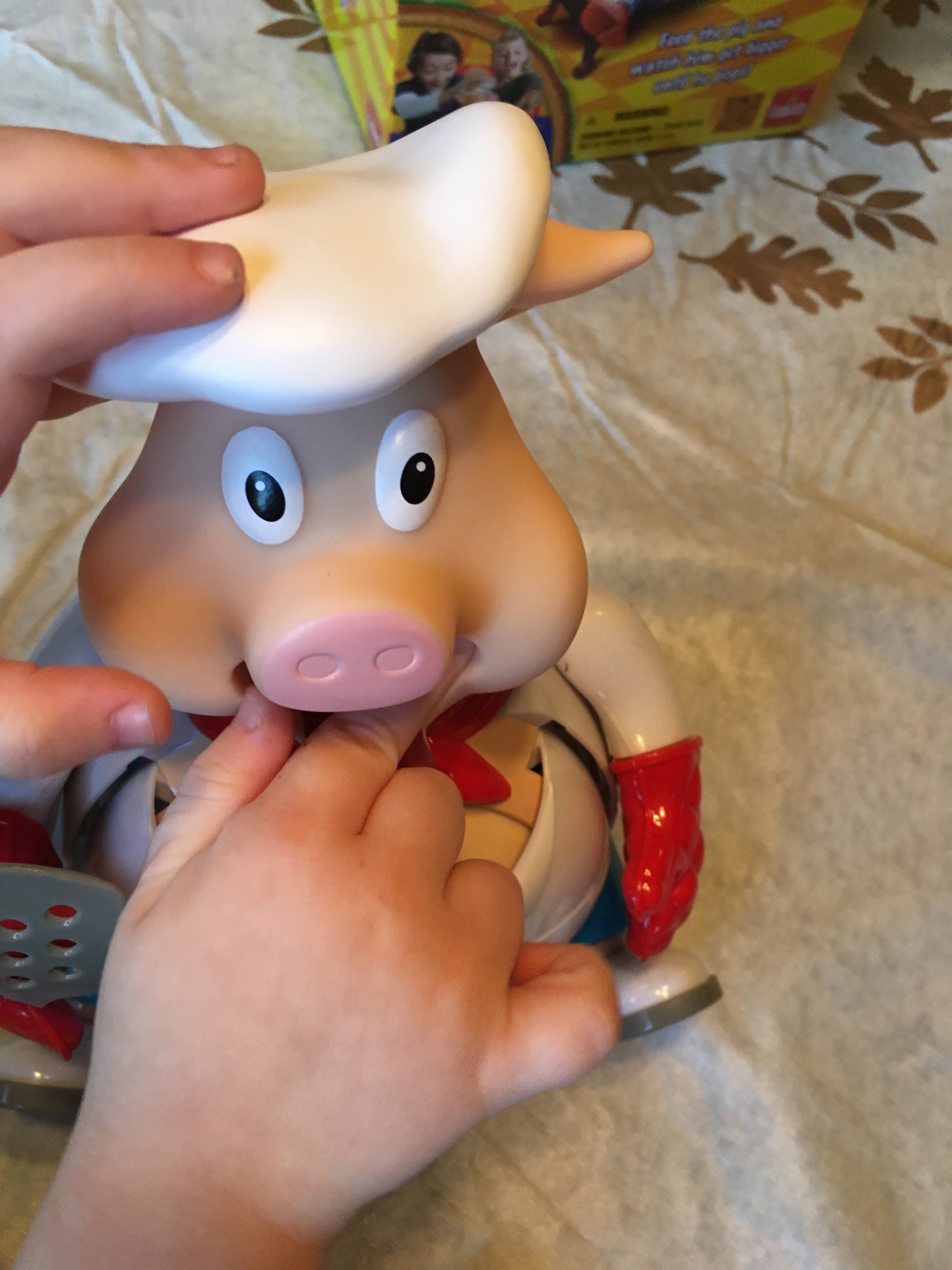 This fox is stealing all the chickens and pouting them in his pant!!! Roll the dice to see how many chickens to add to the fox’s pockets, and push his head one time. In a matter of time, the fox will lose his pants and the chickens will roll out and EXPLODE everywhere!!!

You could hear the screeches of laughter two rooms away! 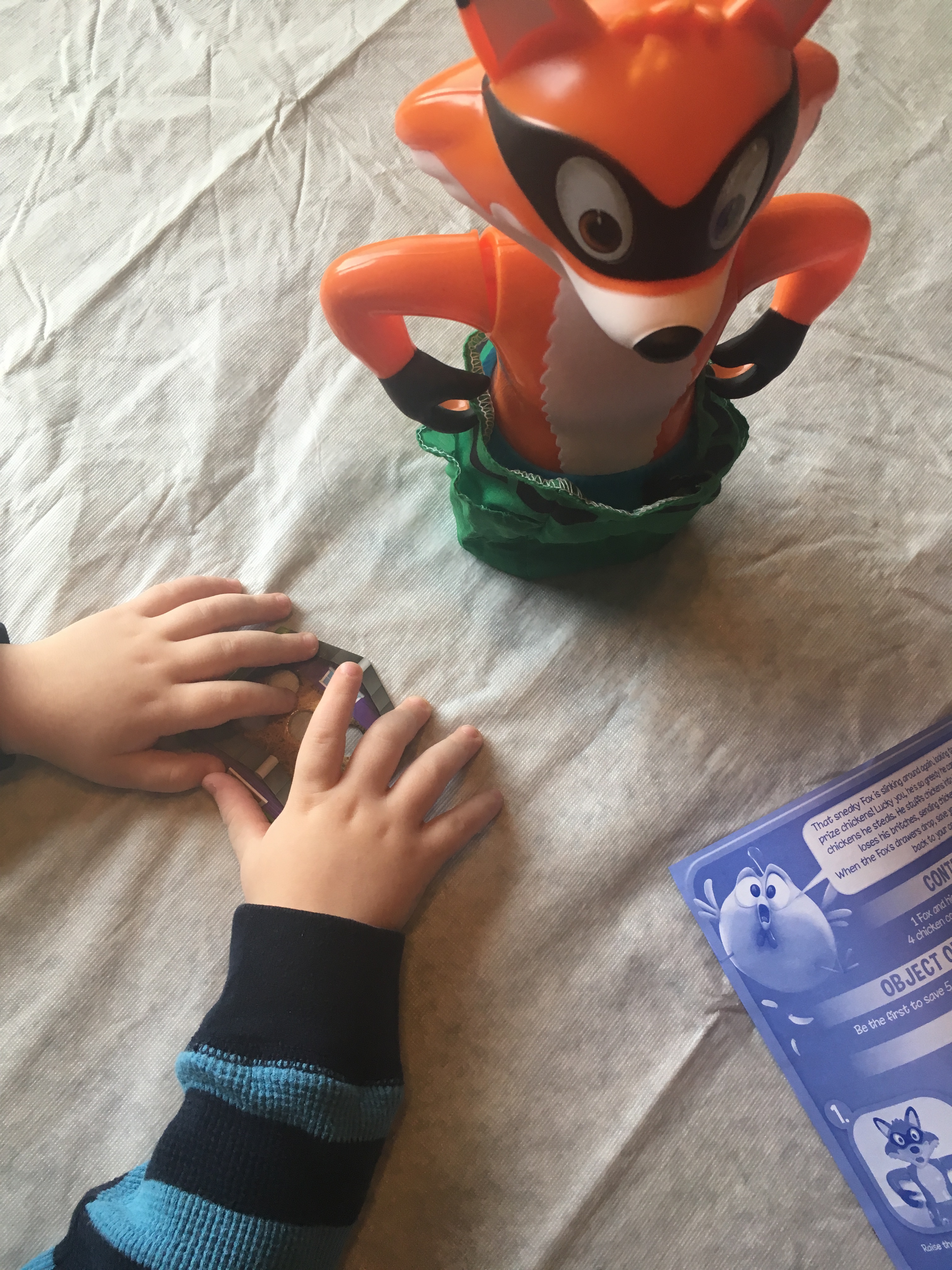 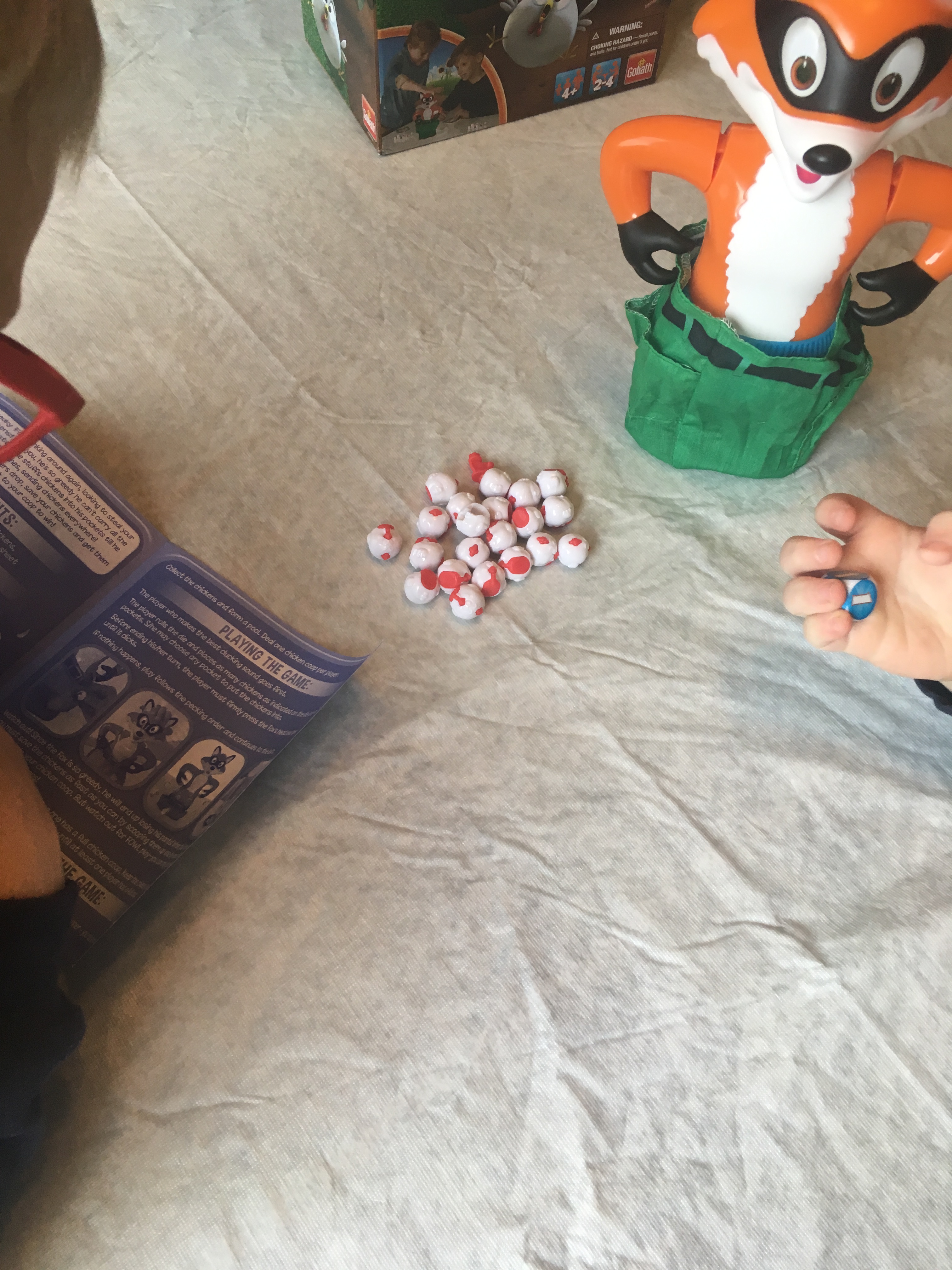 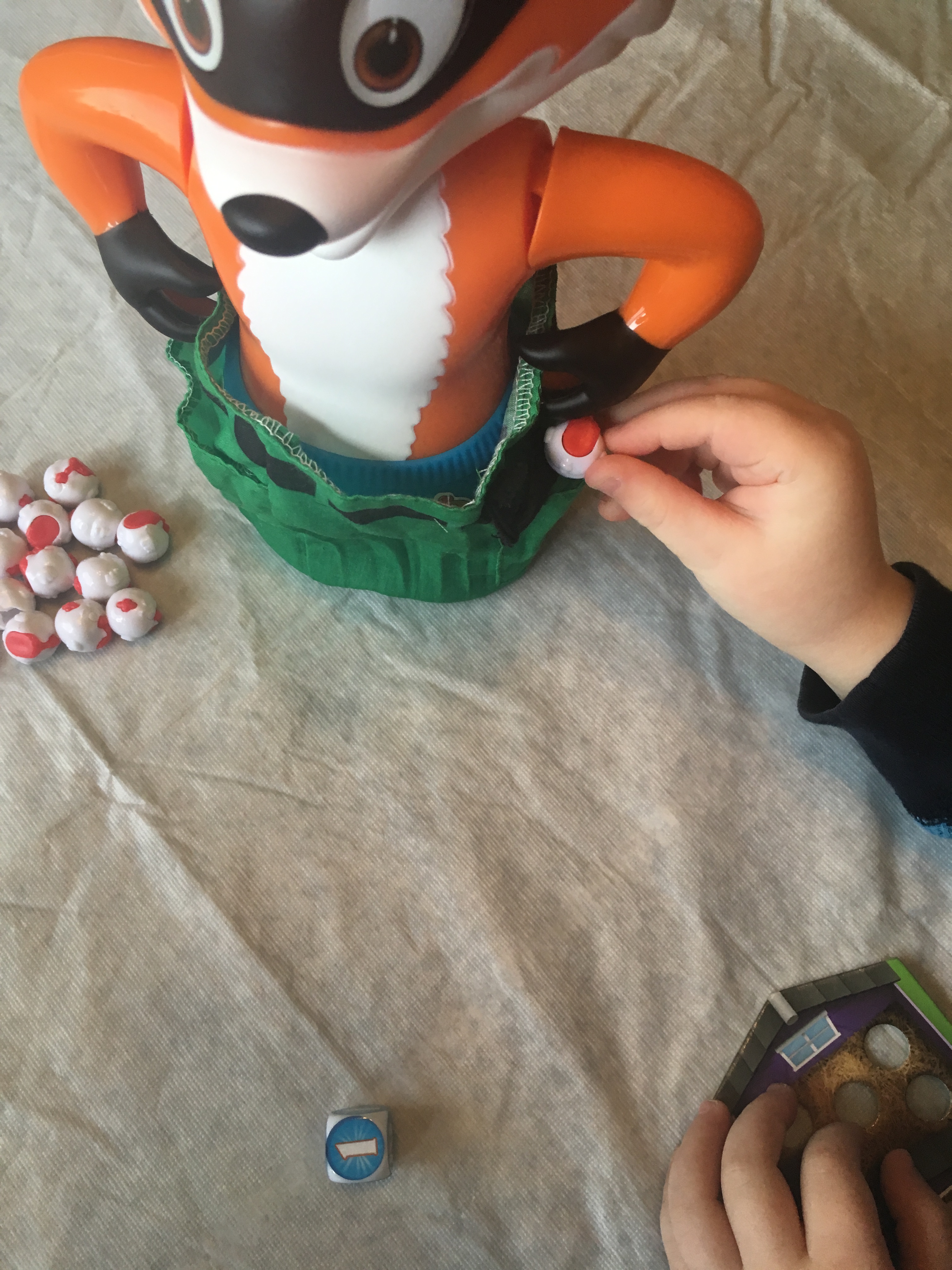 Of course, this one was EVERYONE’S favorite! Boys…LOL

For this game, you need to feed your doggie and squeeze the leash. After he makes his gassy sounds (EWWW) – plop!  If you are the one who cleaned up the doo, you get a fart token! (Seriously, just imagine the kids!) The player who has the most tokens at the end of the game wins!

This Doggie Doo was adorable and gross all at the same time! Definitely, a game for everyone and anyone to play! 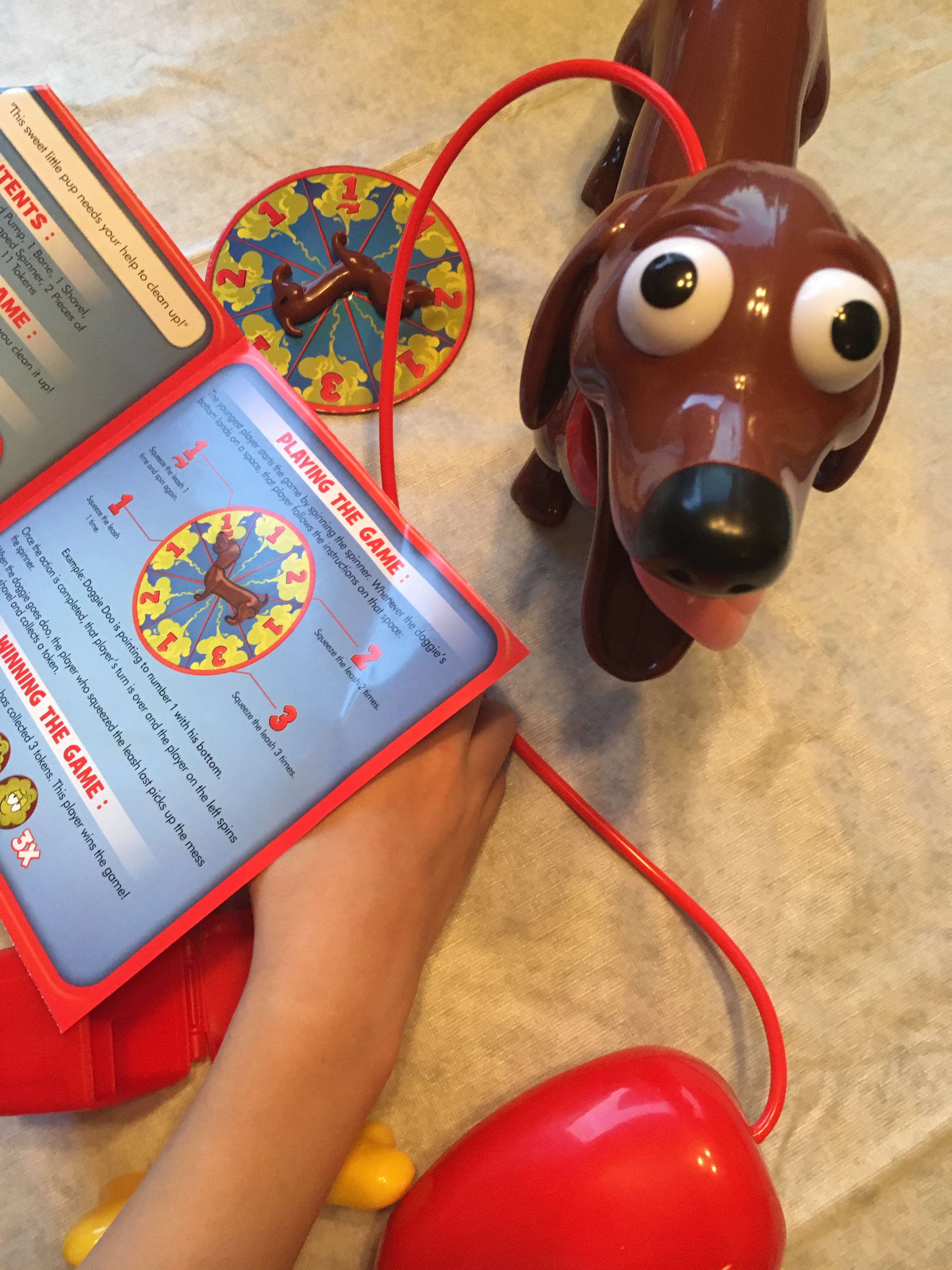 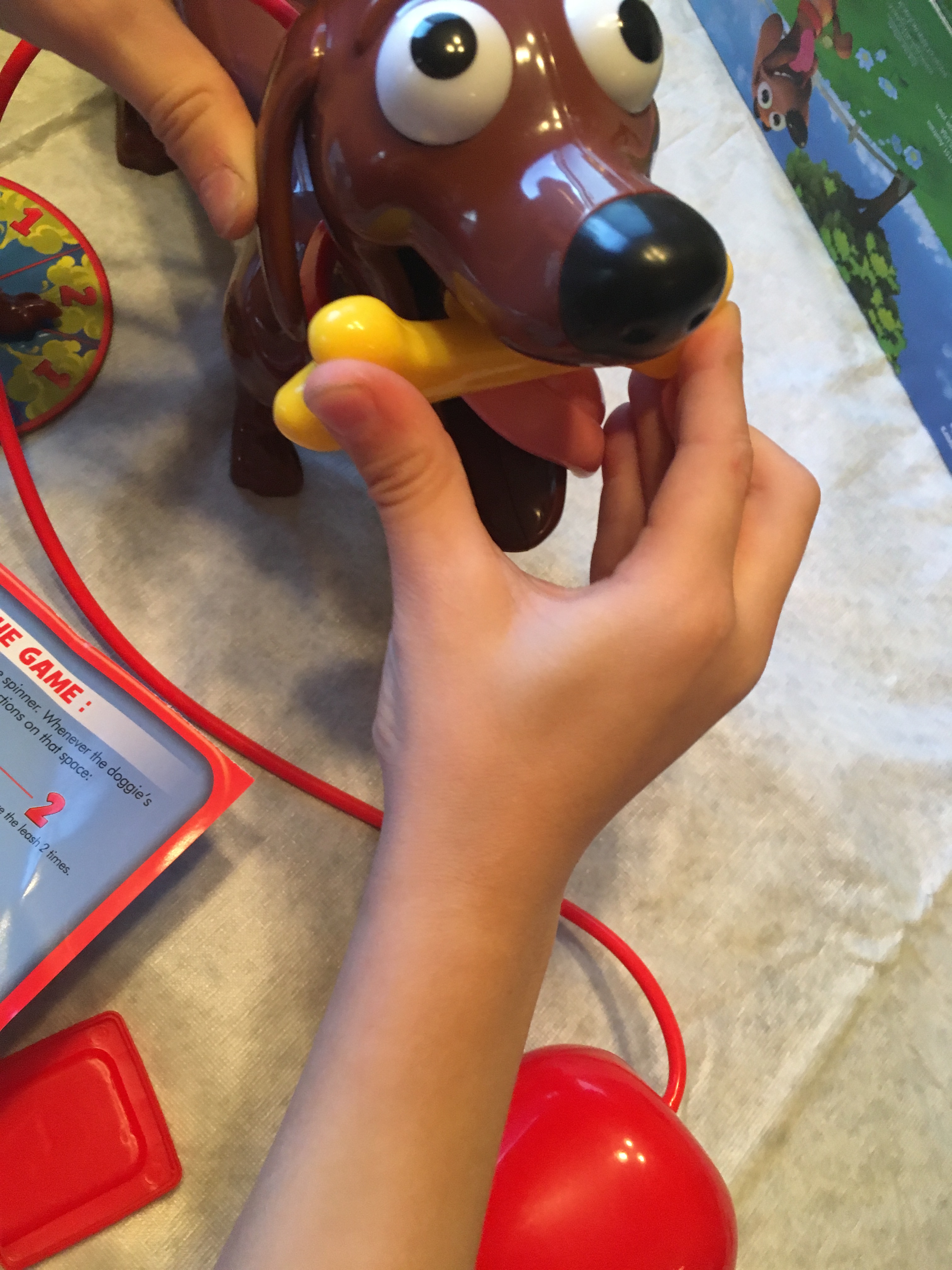 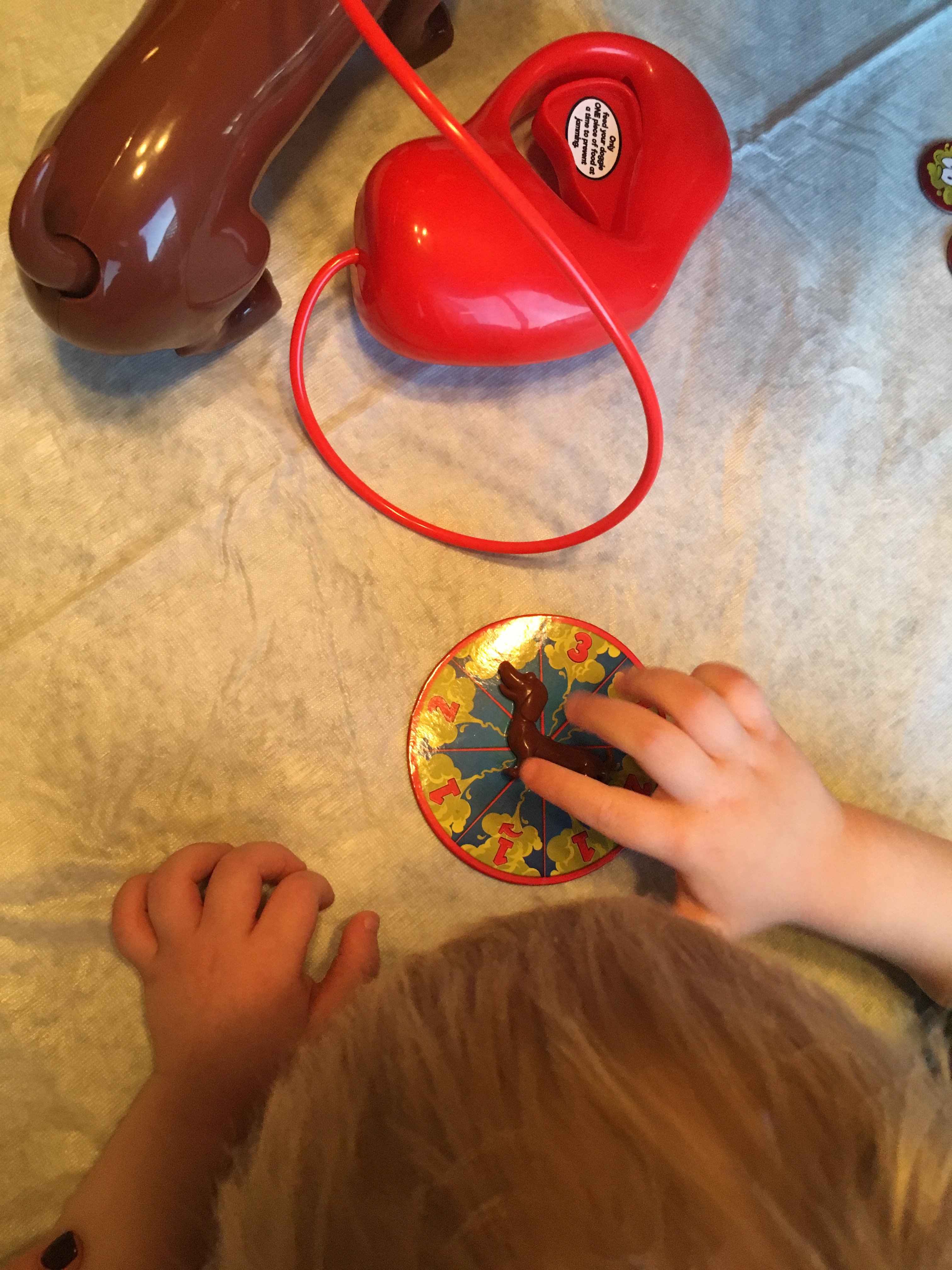 For snacks, I definitely had to put some thought into this. I wanted to give them some delicious and filling snacks because I really did not want some HANGRY kids on my hands but at the same time, I didn’t want my kid with the weirdo snacks and never have anyone come over again! So, I decided to go all out!

These were some of the top contenders at our playdate!

This “No Screen Time Play Date!”  was such a great success! These kids had fun and C made a great impression on his friends! This will definitely be my go-to game plan next time the kids have play date again!

Are you going to try a “No Screen Time Play Date!”?

Join our weekly newsletter to stay up to date with what’s going on in our tribe and other fun goodies!

I was selected for this opportunity as a member of CLEVER and the content and opinions expressed here are all my own.