This weekend, we spent nearly 8 hours walking around parks playing Pokémon Go with the kids…okay fine. They played on the playground and Ish and I took turns hitting Pokéstops, Pokégyms, and capturing Pikachu. Because that happened and I completely freaked out.

First of all, you should definitely NOT download the app (it’s free) if you count sitting on your couch as a fun Friday night. But, if you’re like me and you need to get off your derrière…you may want to take a look at this game.

Now, let’s talk about the Indian elephant in the room: the fact that this game is based on a kids card game/cartoon. I get it. I mean, we are grown-ish adults. So why are we so obsessed with Pokémon Go? Because it’s fun. And it’s actually good for you.

While we were at the park, I talked to a gentleman who had lost 15 pounds in two weeks. And the only thing he was doing differently? Playing Pokémon Go. 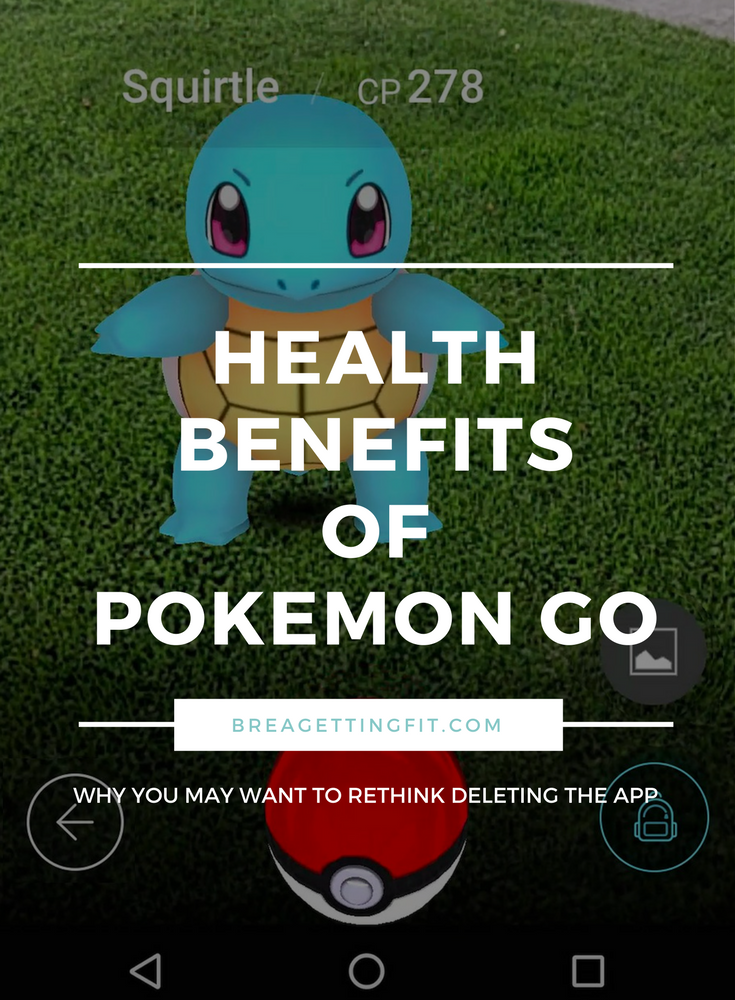 Let me say that again: he lost 15 pounds just playing a virtual reality game that requires you to walk around catching Pokémon.

What Can Pokémon Go Do For Your Health?

Obviously, there’s weight loss. But there have also been reports of Pokémon Go helping trainers (because that’s what you are called when you’re catching Pokémon) battle depression and anxiety. While this may sound surprising, it shouldn’t be.

The game requires you to get out of the house…which means that you probably need to shower, get dressed, eat something, etc. It also means that you are far more likely to interact with people. For example, both Ish and I had some interesting conversations at the park this weekend. Mine involved a 20-something guy who politely asked me if I saw a Squirtle (the Pokémon in the above picture). This is how the conversation went:

“Ma’am? Are you playing Pokémon Go?”

“Sure am!” (I was wandering around a park with my head in my phone and the answer seemed obvious)

“Um…did you happen to see a Squirtle over here? I’ve been chasing him, and I went to catch him…but he disappeared.”

…in actuality, I had just caught the Squirtle in question. Go me. Ish found a Pikachu near a pavilion where a family was Pokéhunting…and caught a Jigglypuff. Right after his Pokéball clicked, Ish heard one of the family members let out a string of profanities. So he decided to walk away like any normal adult.

Why You Need To Start Pokémon Go

If you aren’t already convinced that you need to play (I mean, why wouldn’t you be?), then hear this. If you are tired of the standard workout, bored with the gym, or just want a reason to wander aimlessly around a park…then you need to play.

Yes, playing has been shown to help both mental and physical health, but it’s also a form of healthy competition, and (for us at least) a great opportunity for bonding with friends and family.

Are you playing Pokémon Go?