Why I Don’t Play With My Kids

In a world of hyper-scheduled kids who participate in every sport, are in competitive gymnastics at 4, and a huge push toward “sensory” everything (when did that become a thing?), people are often shocked and appalled when they find out that I never play with my toddler.

Let me be clear: I never play with my toddler. There. I’ve said it. Twice.

And you know what? They’re far better for it.

I used to play with my kids.

I was a mom who had fun things planned all day long-sensory tubs, bins of rice and beans with trucks, and more. And then…well, then, I needed to get dinner started. Or use the bathroom, and Smalls would follow behind me whining, begging, pleading with me to play with him. 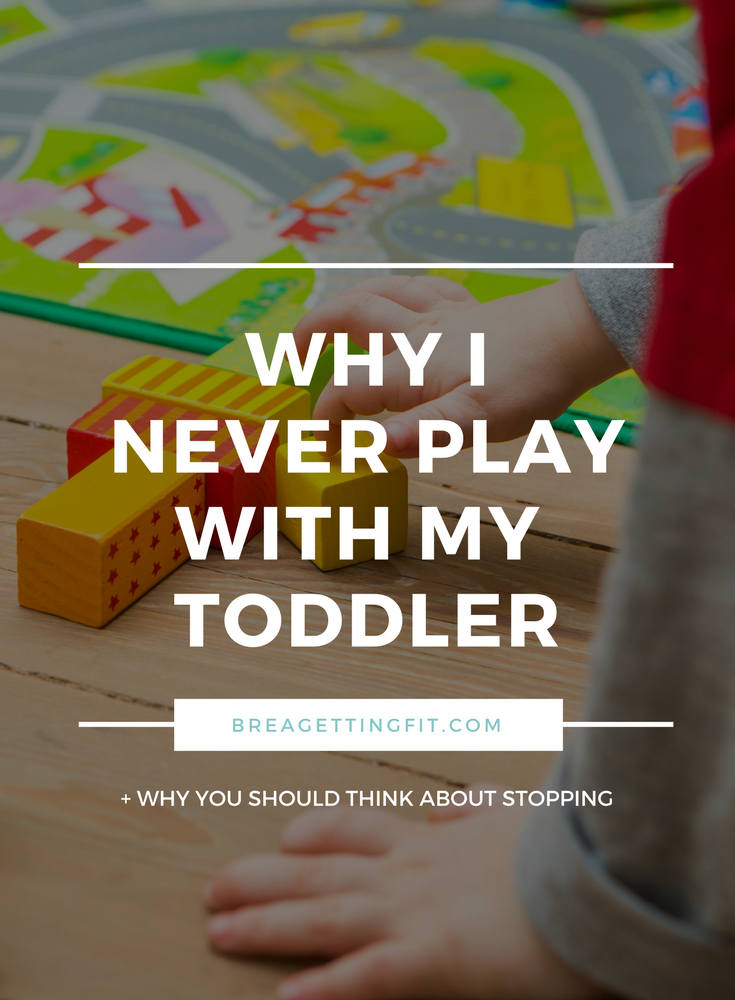 And I found myself feeling resentful. Why couldn’t I just pee alone? I know this is a question that plagues moms around the world…but for me, it boiled down to one thing: he didn’t know how to play by himself. He was relying on me to help move the play along.

And that was a problem. So I stopped playing with him, and I expect him to figure out how to play by himself most of the time.

Now, I’m not saying I tell them to go outside and lock the door. We color together, play with science (one of Smalls’ favorite things), and we do “play” cars or LEGOs on occasion.

But most of the time, my kids play alone (or with each other). And now, I find that I never play with my toddler. Why?

The ability to self-entertain is important.

With the push for all kids to meet their milestones earlier and earlier, it’s no wonder parents feel pressured to start teaching their 18-month-old to read. I found myself worried that my 4-year-old couldn’t read yet. But you know what?

When I was a kid, I spent hours and hours outside exploring, or playing make believe. Or reading. I played with my brothers and the neighbor kids, yes, but often, I played alone.

‘Research shows development of “self-regulation abilities” – which are predictive of academic achievement and emotional wellbeing – has a very strong link to the amount of time spent in child-led play,’ he said. ‘Children often have a purpose in their play when left alone – it is not just mucking about.’ source

As a parent, if I’m constantly setting up amazing experiences for my boys, then that breeds the expectation that everything should be amazing. And you know what? In real life, it’s not. Life is hard and messy. And yes, it’s got many amazingly joyful moments, but most of those you have to work for.

Kids need to experiment, test, try, and, yes, fail, to grow. Have you ever had your child tell you they are bored? Or felt like it was your job to entertain them? We’ve turned parenting into a whole other role. I think that many of us feel like if we don’t provide amazing experiences and plan out arts, crafts, sensory tubs, and the like, that our children will be missing out.

The fact of the matter is, that by “teaching” our children that we provide the entertainment, we’re hindering their ability to learn spontaneously. 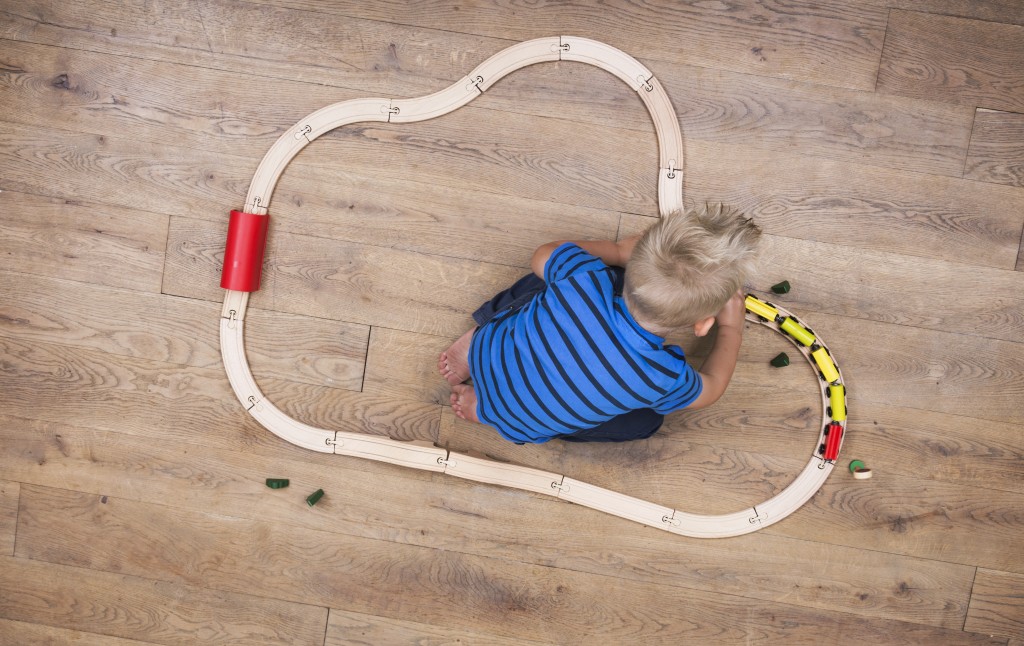 As much as I want to protect my kids and provide a wonderful childhood, I’m also very aware that by allowing them to play by themselves they are developing the very important ability of self-regulation, self-entertainment, and creativity. Our children need to learn spontaneously.

Since I stopped setting up “amazing” experiences, I have found that Smalls creativity has blossomed…and all it took was me stepping away. I’ll help him get art supplies, or set up a science experiment, but it’s up to him to play. And yes, sometimes we’ll toss some glow sticks in the bathtub, or sit down and craft together, but he finds so much to do when he is left to play by himself.

Not only that, but my boys are beginning to recognize that things don’t just “happen”. They participate in the chores willingly because they want to be doing what I’m doing. Smalls will even ask if he can clean the floors so that he has a chance to use the sweeper or vacuum. And if I have to work for a few minutes, He’ll grab his math blocks, or his chalkboard and “work” with me.

I feel like we have a much healthier balance now that my days don’t revolve around entertaining children who should be allowed to use their imaginations. I didn’t realize just how much I was creating an unhealthy sense of co-dependence until I stepped back and watched. Suddenly, Smalls was creating new vehicles, dinosaurs, and robots out of his LEGO bricks. He was playing with his superheroes more creatively. And he started drawing.

Without me feeding him the instructions or setting up a “really cool” experiment, he has found that he is pretty awesome and creative himself.

I know when I’ve stepped in too much because suddenly, my child will start telling me that he’s “bored”. When I step back and allow him to get creative, learn spontaneously, and play alone, he doesn’t complain of boredom. More likely, he’ll beg for just “5 more minutes, Mooooom!” when I tell him it’s time to pick up before bed.

Do you play with your kids?