I’m The Mom With A Free ER Pass…

I had other plans for posting today, believe me. I like to pretend like my life is normal-my kids are healthy, Smalls goes to public school (and loves it), and we only need to go to Children’s once a month to check his numbers. And then we have days like yesterday. 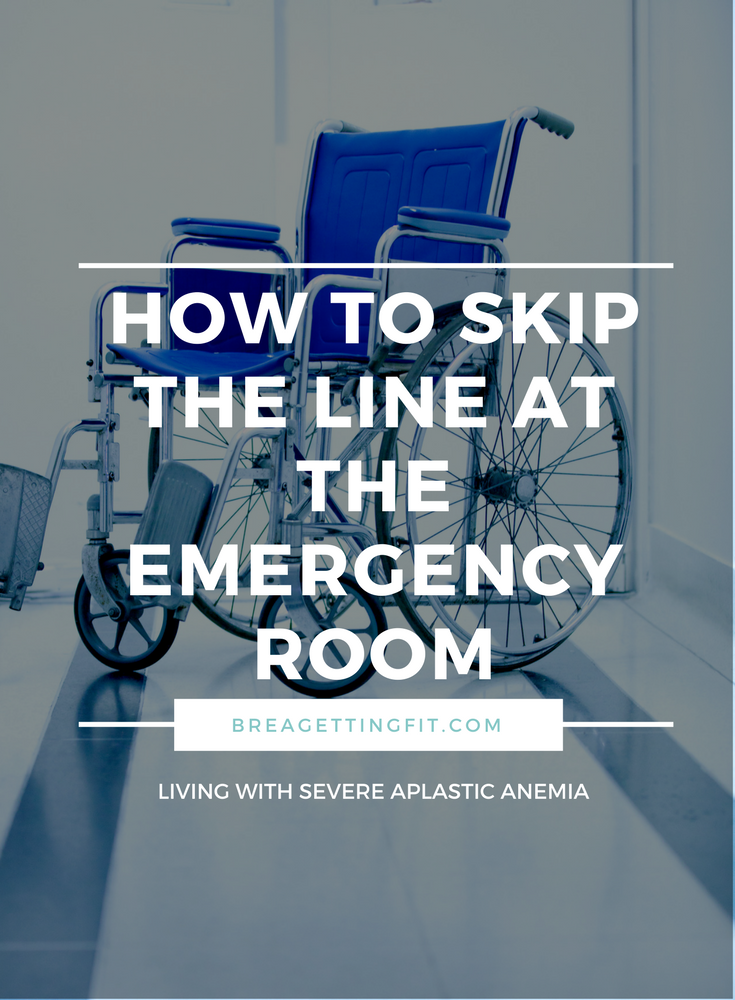 Sure, it’s not nearly as terrifying as getting his diagnosis nearly two years ago, but it never fails to amaze me how much our life is just not at all like other “normal” families.

If you haven’t been following, Smalls was diagnosed with Severe Aplastic Anemia in 2014. His diagnosis literally pulled our world apart. Suddenly everything revolved around when he got his last infusion and how long it would be before his body rejected it. It was a nightmare.

But most days, that feels like it didn’t really happen. Most days, he’s just a “normal” kid with a big challenge. Yesterday was not most days. Yesterday, I got a call from the nurse’s office saying that Smalls had a 101 degree fever…and his lymph nodes were swollen…really swollen.

So I headed to school to pick him up. Y’all. I could see his left lymph node from across the room. So I called his hematologist, who cheerfully informed me that we’d “won a free trip to the ER!” Thankfully she let them know we were coming.

When your kid has immune issues, you get a golden ticket in the front of the line…which usually earns you  evil stares from the parents who are in the “regular” ER line. The ones that have to wait for hours (yes, they are that busy).

See, we have earned our Emergency Room frequent flyer card-and not because we wanted to. We get the red carpet treatment because my son has a compromised immune system, and if we end up in the ER, it’s never a good thing because it raises the risk of him catching something else.

An ER trip also means that we’ll likely be there for at least 2-3 hours. Yesterday it was 7. SEVEN hours in a little room with two tired and cranky kids who hadn’t napped. 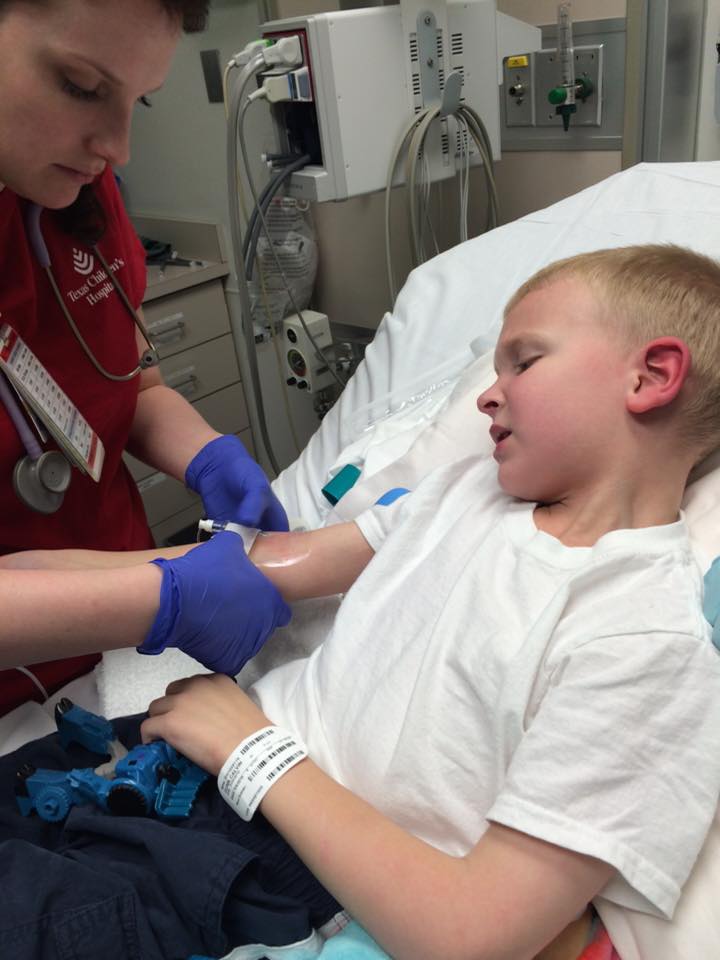 SEVEN hours that were spent watching my son have labs drawn, be intravenously hydrated (he activated their shock protocol because his fever wouldn’t stop climbing), and receive IV antibiotics.

I grabbed a Larabar for each of us…and that’s all we had. It didn’t last long. We went from having fun while watching Finding Nemo… 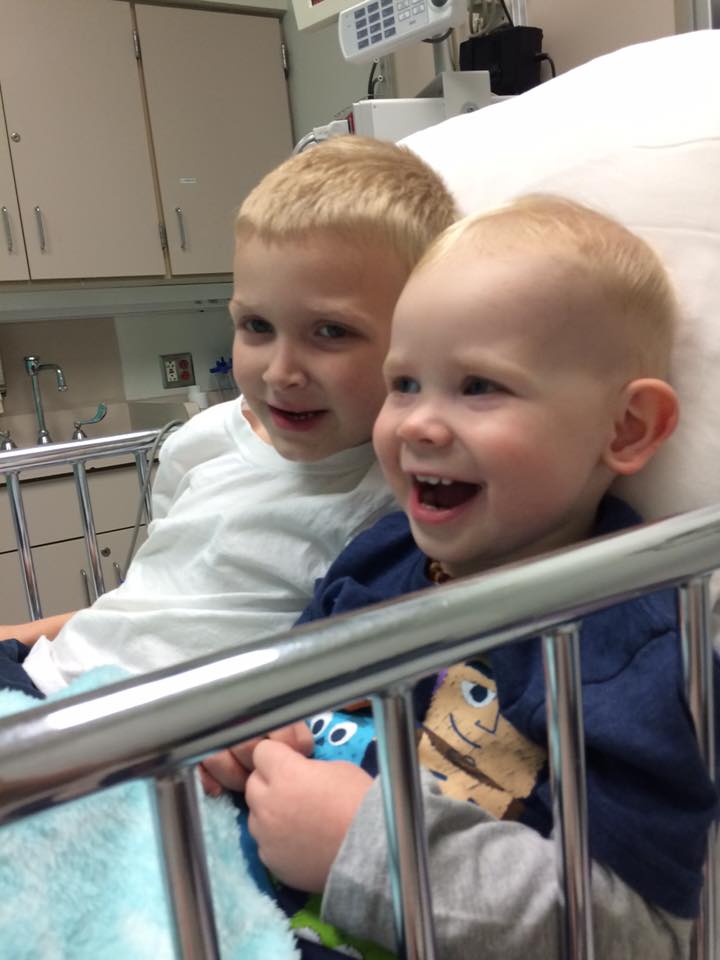 To full on melt down tantrums in a matter of minutes. It was past nap time and nearing bedtime…and I couldn’t just leave. Yes, I made sure the kids had juice and water. Smalls go his coveted crushed ice…but even the little smiley one has his limits. 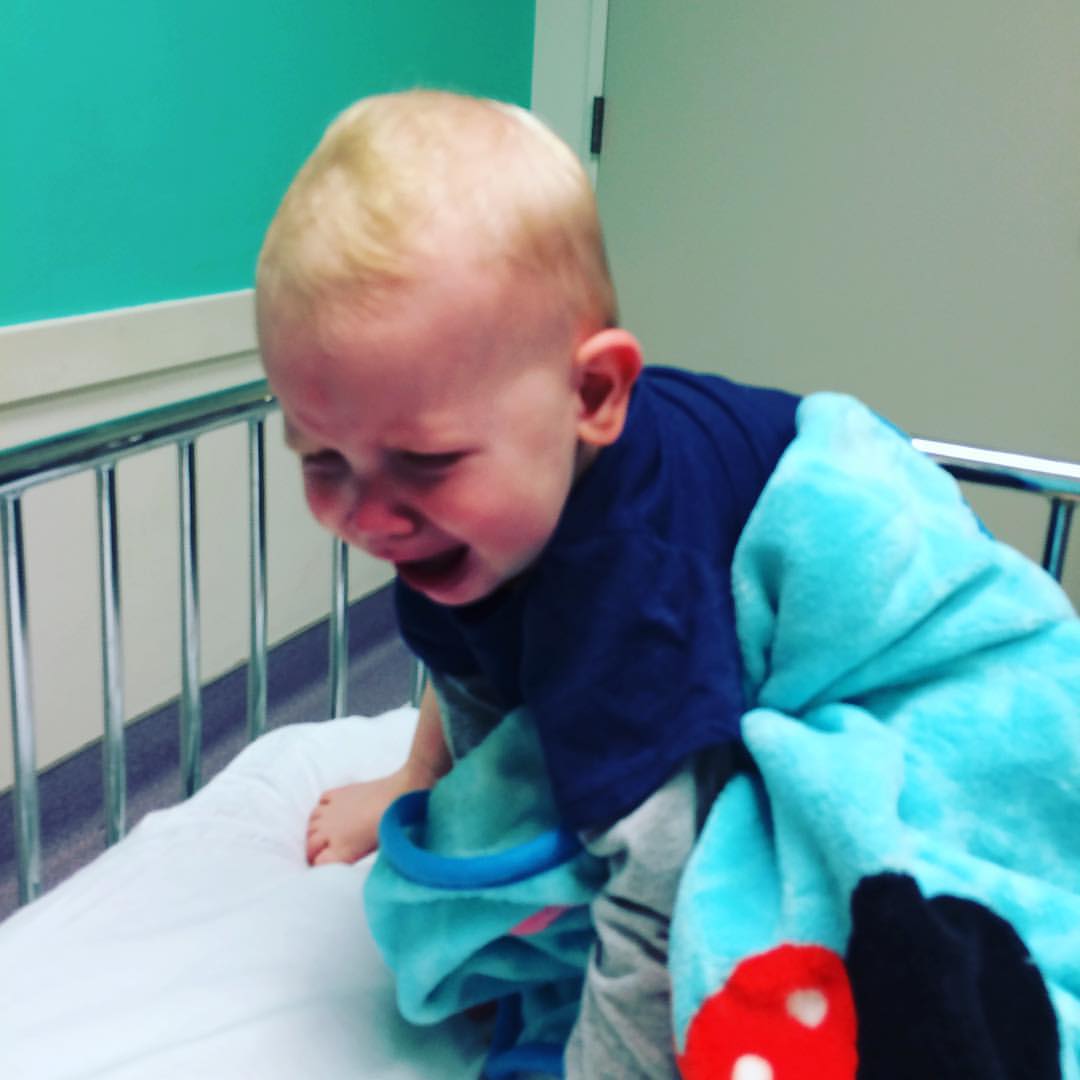 Y’all. I’m telling you all of this so that the next time you want to give a mom who gets right in at the doctor  or seems to get a “free ER pass” the stink eye, maybe you’ll think better of it. You don’t want to be that mom. I AM that mom-and I don’t want to be the one who literally knows all the staff by name (and most of their kids names).

Thankfully, Smalls is okay-it’s “just” strep and an ear infection. But it could have been so much worse.

To the mom with medically complicated kids