Is Stevia Bad For You? (Why You Shouldn’t Be Scared)

I’m going to answer a question today that I found myself asking, well, myself: Is stevia bad for you? Raise your hand if you lump stevia right in there with all of the “other” baddies: Sweet-N-Low, Equal, Splenda…. I know I used to. I honestly wondered why people would use stevia. In fact, the first time that I tried stevia was a horrific experience. It tasted horrible!

Is Stevia Bad For You? (Why You Shouldn’t Be Scared)

Now, I was using a larger brand label, and I had no idea what to look for. So that could have been the reason. Because since I’ve been doing some heavy research about stevia, I found that the brand I tried (which shall remain nameless) really wasn’t good for me. In fact, it was about as far from good as you could get. 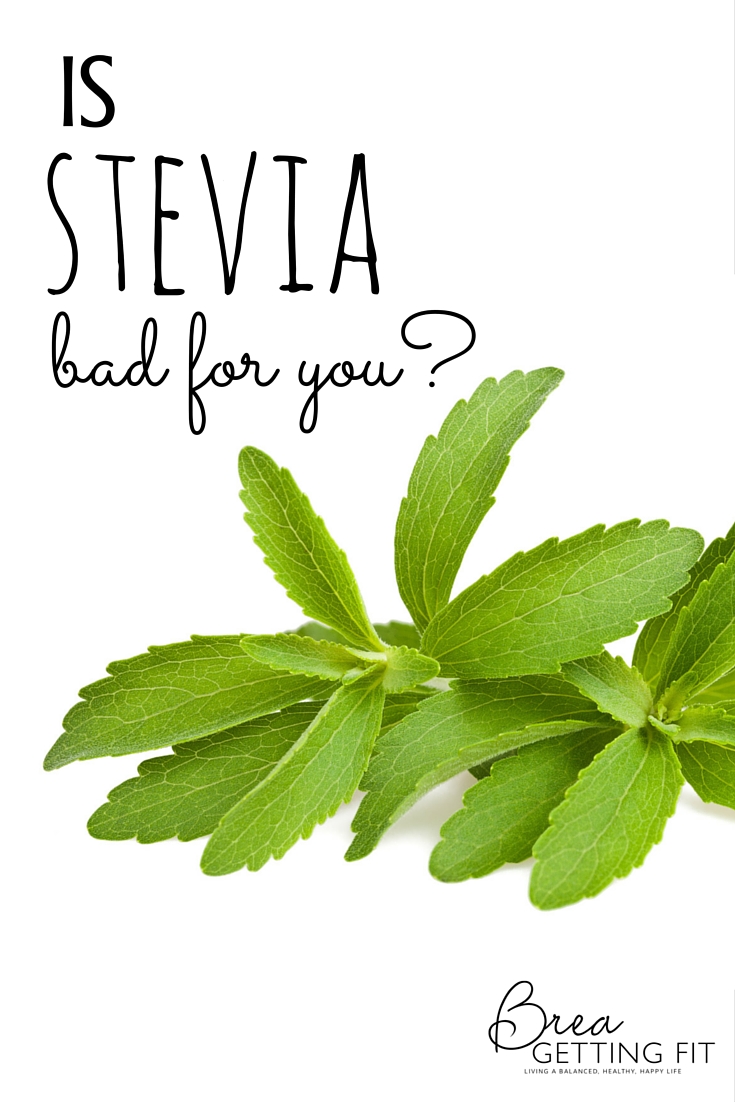 The experience was so gross that I swore off stevia “forever.” HA! A few months ago, a good friend shared her personal story on Facebook, and spoke about Trim Healthy Mama. Of course, I’d heard of it, but I also knew it involved “artificial” sweeteners. So, I automatically shut it down (without having done any research on my own) as a viably healthy lifestyle.

I’m literally eating my words at this point, because I’ve kicked sugar and sweeten with other natural sweeteners instead. But that didn’t start until I’d done some research. I read more than a few scientific studies about exactly what stevia is, where it comes from, how its processed, and if it truly causes issues in the body.

Stevia is an herb that belongs to the chrysanthemum family that is local to South America. If you want to get all scientific, it’s called Stevia rebaudiana. The leaves are 300 times sweeter than sugar. The’ve been used for years in Brazil, Paraguay, Japan, South Korea, and China to sweeten foods.

Now, to get a bit nerdy on you, there are actually two components of the plant that are able to sweeten: Rebaudioside A and Stevioside. The FDA approved Rebaudioside A as “GRAS” or “Generally Regarded As Safe” back in 2008. Previous to this, it was only approved as a dietary supplement-like vitamins.  Which means that you can find it in most baking aisles, in baked goods, yogurts, and more.

Stevia often gets lumped in with those “other” artificial sweeteners, as I previously pointed out…but the fact is that it’s actually a plant, people. One that grows naturally and has been used for literally hundreds of years.

Rebaudioside A vs. Stevioside

The bitter taste in many stevia products is attributed to Stevioside, which actually comes from the stems of the plant, and should not be consumed.

A review conducted by toxicologists at UCLA, which was commissioned by nutrition advocate Center for Science in the Public Interest, raised concerns that stevia could contribute to cancer. The authors noted that in some test tube and animal studies, Stevioside (not Rebaudioside A) caused genetic mutations, chromosome damage and DNA breakage.” source

What I took away from this tidbit was that I need to be careful to ensure that the stevia I put into my body is pure Rebaudioside A.

Is Stevia Bad For You?

In a word, no. It’s not. Not if you pay attention to where you’re sourcing your stevia, and are aware of nefarious sugar alcohols that can cause tummy issues. But let’s look a little deeper, shall we?

There have been numerous scientific studies published that attempt to prove that stevia is unsafe. Yes, it’s still relatively new to the food world, but I find it hard to believe that all of those scientists are wrong.

Stevia has been found to help with weight loss, and I was unable to find evidence that Rebaudioside A can cause harmful effects similar to those known to be caused by Stevioside.

So no, stevia isn’t  bad for you, but that doesn’t mean that you shouldn’t be aware of your sourcing. I only utilize organic, 100% pure stevia. In fact, the ingredient label on your stevia should read “Ingredient: Certified Organic Stevia Extract Powder (Stevia rebaudiana) (Leaf).” If it says anything else, it’s not pure stevia. Period.

If you’re trying to kick sugar, lose weight, or just want to ‘get healthy’ it definitely cannot hurt to have a small stash of stevia on hand.

The stevia that I use personally comes with it’s own little measuring spoon, which is the perfect amount to equate a tablespoon of sugar (yes, I tested it for you). While it does incorporate into liquids well, I much prefer using liquid stevia for my beverages. It just tastes better.

Trim Healthy Mama also offers their own stevia, as well as on-plan sweetening blends that are priced fairly competitively, especially when you compare organic to organic.

If you’re unsure, you can use my links to purchase exactly what I have in my cupboard. When shopping at the grocery store, skip the baking aisle and head over to natural foods and supplements. I’ve found that most stores near me stock lots of goodies there that are far better options than what you’ll find from the “big” brands.

How do you feel about stevia now? Will you try it?

The Best Snack Foods To Keep You Energized

Working Out: Week 27 {Back On Skates!}
Posted in Fit Food, Natural