Kids in the Kitchen

One of my fondest memories is not just being in the kitchen as a kid, but having my kids in the kitchen. When mine were little, I would bring them into the kitchen in their high chair so we could chit-chat. Haha… okay, I talked and they babbled but all that mattered to me was that my kids were in the kitchen!

Now, I am not saying my kids adore cooking but I think there is a clear connection between being babies in the kitchen and being older now for sure! Their ability to identify kitchen tools, and ease going through the cupboards is unmatched.

Heck, sometimes I have so many kids in the kitchen, their friends even help make meals! 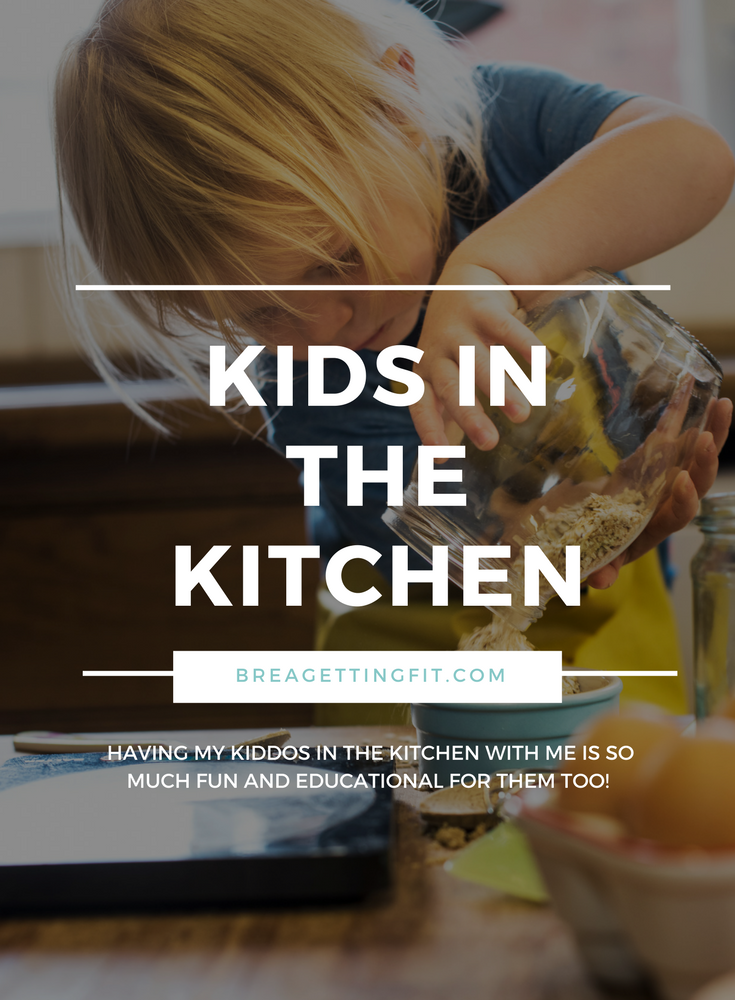 At this age, there are not many things kids can do in the kitchen. BUT, It’s not impossible! Being in the kitchen this young helps set the fundamentals such as where tools are kept; which spices to include and where to find them, and how to clean up after meat/veggie prep.

It also should teach them two fundamental rules (in my house anyway!!):

I have found that as the kids got older it became easier to incorporate them into the kitchen. When Smalls was younger, around 4 or 5, he loved to help with the mixing of squishy foods like cake batter or meatballs.

By this age, I have him learning to cut softer vegetables like zucchini or peeling potatoes (my kids use a carrot peeler for potatoes!) I also have the kiddos plan the grocery shopping day because this is an essential step to helping kids learn how and where their food comes from.

By the time my kids will be in the kitchen between 10 and 13, I want them to be fully capable of taking over one portion of the meals. It could be breakfast on a Saturday or Thursday night before swim lessons. This is fundamental for the next stage of fully taking over the whole meal.

Kids in the Kitchen 13 and up

At 13, I want my kids to be doing all the meal prep. This may sound like a ton of responsibility for kids, but I do NOT want to leave them to their own devices. They can decide what they would like to make for dinner that day. For example, if they decided to make Lemon Herb Roasted Chicken, we would go through what was necessary for that meal.  Then, we would head to the store and I would be their sous chef while we cooked together!

Throughout the years and far into the future, as my mom did for me, my kids HAVE been and WILL be in the kitchen. As they get older,  I’m not going to be in the kitchen with them as much. When they have grown, I am SO happy to know that they can make their own food and hopefully, one day bring their own kids in the kitchen!

How do YOUR kids help in your kitchen?