My Battle With Postpartum Depression & How I Learned To Let Go

When Smalls got sick, I thought my life was over. I was 8 months pregnant, and I called my mom and asked her if she would forgive me if I gave my baby up for adoption. I could not fathom parenting a newborn and my son who was in the hospital more than he was out. He was in treatment, but that included massive (20+) blood infusions, at least 1 ER trip a week, and my marriage nearly collapsing (I hardly ever saw Ish. When he was home, I wasn’t-it SUCKED. Thankfully, we made it through and are stronger than ever.). 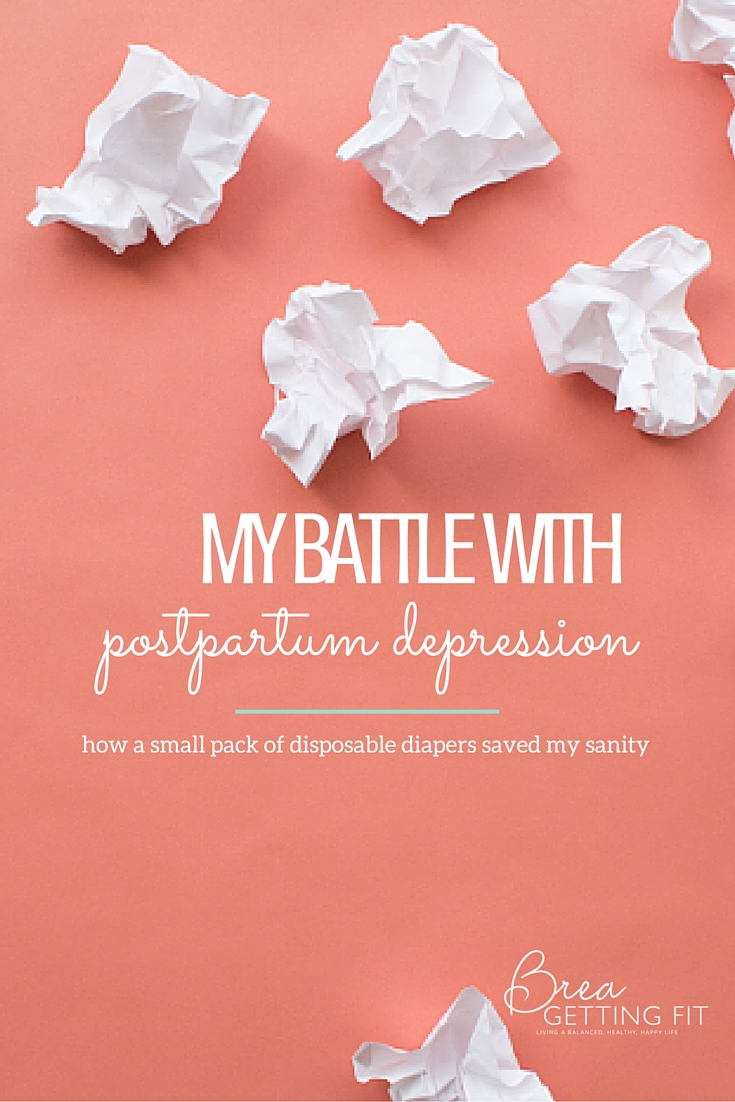 The thought of adding another child to the mix was absolutely crushing. I loved him, I knew I did-but I honestly didn’t think that I could be the mother he deserved. I was drowning-and I didn’t even have my baby in my arms.

Talk about too much to handle. And then he was born, and my husband was working nights and weekends so that I didn’t have to take my brand new baby to the hospital 3 times a week. I was weepy, cranky, and not sleeping.

See, my child had a fondness for waking every hour on the hour either for a diaper change or to nurse. Everyone said nursing would make my depression better-it was just the ‘baby blues’. It would go away. It was understandable, what with all the pressure on me to keep Smalls safe and ‘healthy’. HA!

One of my friends (she’s brilliant) suggested that I forgo cloth diapers this time and use disposables. I thought she was nuts. I kept on using cloth-having a complete and total meltdown (y’all-I was screaming and throwing dirty diapers because I couldn’t handle the thought of washing them) about once a week over diaper laundry.

Something had to change. I cloth diapered Smalls, and I felt like I was failing if The Baby ended up in “regular” diapers. But you know what? Everyone has limits. Disposables aren’t the end of the world, after all.

How many new moms out there have a critially ill child and a newborn?

I know I’m not alone-but I felt like my world was falling apart. I mean, I couldn’t even get the diaper thing right.

Oh, and did I mention that my kid refused to sleep?

Postpartum depression isn’t a joke, y’all. It’s a super dark black pit-not unlike the life sucking machine in Princess Bride. My health was the last thing on my mind-I felt could barely keep my kids alive, after all.

And let’s not even talk about actually changing and washing diapers. It was all I could do to get out of bed every day. It felt like nothing was working. My kids were lucky if they got out of their pajamas. Heck, I took Smalls to clinic in my pajamas. It wasn’t pretty.

Honesty can be tough.

I realized that what I was feeling wasn’t getting better. I felt like I was drowning. I couldn’t stop yelling at Smalls-everything that he did terrified me. What if he fell? Or his nose started bleeding, or any number of things. So I got help. And you know what?

Finding a quality psychologist was the best thing for me. And the first thing she said? STOP with the cloth diapers. I think her exact words were, “Get some diapers at the store and get over yourself.” She also put me on Zoloft.

I have to be honest-I was livid. I had very few things that I could control, and diapering was one of them. Sure, I had full on melt downs over diaper laundry, and it caused me to scream and yell because “no one” would help me…but it was something. So I went to the store and I bought a small pack. It would be temporary…. And the meds would help (but they didn’t really, but that’s another story), so I could just go back to cloth eventually.

And then I used the diapers…and I realized that being able to throw a diaper away was probably one of the best feelings ever. I felt free. I didn’t have to wash poopy diapers. I could throw the poo away. For someone who feels like they’re barely treading water, this was HUGE!

Suddenly, I had so much less on my plate! And no more night wakings because The Baby didn’t feel wet every few hours, and I started sleeping. SLEEPING! I hadn’t slept more than 45 minutes at a time in nearly 6 months, y’all.

Please, if you’re drowning, ask for help. You’re not alone. And let got of the “extras.” Disposable diapers rock.

How did you handle diapering differently with your second child?