Eczema is one of the most common skin conditions out there affecting thousands of people every year. While eczema is more common in children and babies, that doesn’t mean adults are off the hook. There are also a bunch of natural remedies for eczema out there for you to find relief.

Interestingly, there’s a lot of debate about what actually causes eczema and eczema flare ups-many (including me) believe that it’s tied to allergens and irritants in our diet. Here’s some ways you might be able to cure your eczema naturally. 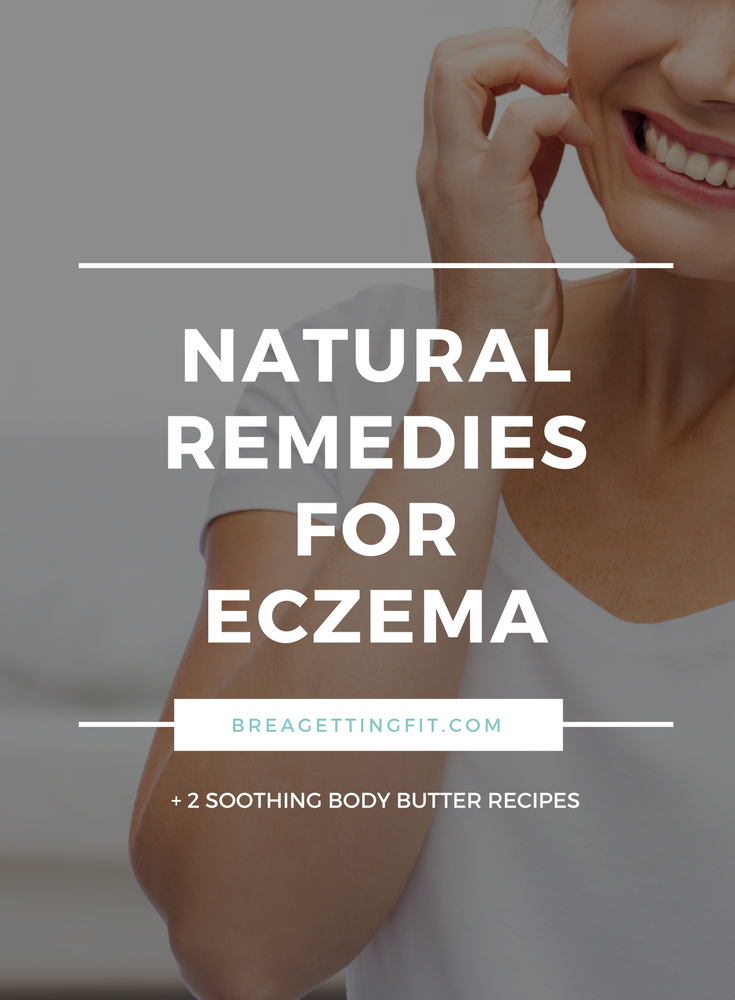 If you haven’t addressed diet and lifestyle, maybe it’s time to do that. If your diet is crap, and you aren’t moving enough, no topical remedy, no matter how amazing, is going to work.

The Baby had bouts of eczema when he was brand new, likely due to his scheduled c-section and a lack of healthy gut flora. To help remedy that, I immediately adopted the GAPS diet, along with modifying my supplementation for my thyroid, which made a huge difference.

You probably noticed that I’m a bit of a nut about eating in the Paleo style, as well as limiting the amount of canned and packaged foods that we consume. I know it’s helped not only my skin, but everyone’s skin (at least everyone in my house), as well as our energy levels, sleep, and more.

If you are suffering from any skin condition take a look at the fuel you’re putting into your body, and make the necessary changes in conjunction with topical remedies. Trust me on this one. Don’t know where to start? I suggest that you pick up a copy of The Whole30 Cookbook and Gut and Psychology Syndrome and see if one of both of these options is the best choice for you and your family. 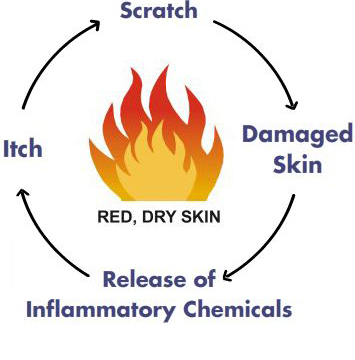 Atopic Dermatitis (which is often called eczema) is an itchy, red rash. It can appear all over the body. Many people have it on their elbows or behind their knees. Babies often have eczema on the face, especially the cheeks and chin.

They can also have it on the scalp, trunk (chest and back), and outer arms and legs. Children and adults tend to have eczema on the neck, wrists, and ankles, and in areas that bend, like the inner elbow and knee. People with eczema are usually diagnosed with it when they are babies or young children.

Eczema symptoms often become less severe as children grow into adults. For some people, eczema continues into adulthood. Less often, it can start in adulthood. The rash of eczema is different for each person. It may even look different or affect different parts of your body from time to time. It can be mild, moderate, or severe.

Generally, people with eczema suffer from dry, sensitive skin. Eczema is also known for its intense itch. The itch may be so bad that you scratch your skin until it bleeds, which can make your rash even worse, leading to even more inflammation and itching. This is called the itch-scratch cycle. source

Other Natural Remedies For Eczema

There are tons of creams, prescriptions, and steroids out there specifically created to treat (and heal) eczema…but so many of them contain chemicals that aren’t awesome for you…and may actually worsen the problem (not what you want), or not promote full healing.

Instead of the chemically-laden options, I prefer to make my own concoctions using coconut oil.

Coconut oil is one of those things that I stockpile because I use it for everything. It’s a great carrier oil, and you can use it for just about everything: skin, teeth, hair, nails, and more. It’s also one of my favorite natural remedies for eczema.

I use (and love) this brand of coconut oil, but if you’re allergic or intolerant, jojoba oil (as long as it’s organic) is a good runner-up.

Using a double boiler, gently warm the coconut oil until just melted. remove from heat, and allow to cool slightly. Gently stir, and pour into a small glass container (I use old baby food jars that have been thoroughly sanitized or these 4-ounce mason jars). Allow the mixture to set up, and store out of direct sunlight.

Apply to affected areas as needed.

Which scents do you use for your body butter?

How to Use Honey in Your Beauty Routine