Smalls LOVES to feed himself, but the only veggie he likes to eat all on its own is the lovely sweet potato. Now, I don’t have anything against sweet potatoes. I think they’re quite yummy, in fact. I just don’t like the fact that the majority of finger foods available for a 1 year old are either crackers, cookies, or fruit.

While that may sound a tad bit crazy, I’m a big proponent of grazing, and I want Smalls to get all the fruits and veggies he can during the day. I actually try really hard not to feed him the same fruit/veggie twice in once day. For example…today’s menu:

Yes, Smalls eats a TON of food each day. I try to start each meal with a puree (at least two tablespoons), and then I let him dig into his finger foods. For the most part, he’ll eat just about any fruit, black beans, brown rice, and PANCAKES. Ah, how I love the pancake.

Ish is more partial to waffles, but I have VERY fond memories of pancakes in the morning made lovingly by my awesome mom. It doesn’t hurt that you can make silver dollar pancakes and freeze them for up to three months. I LOVE make-ahead snacks and meals.

Where was I? Oh! Pancakes. So…normally pancakes are sweet, but I’ve been trying to find a savory version so that I could include some veggies and not get Smalls addicted to sugar (NOT in the game plan, thankyouverymuch.). I was super excited to find these pumpkin pancakes, which turned out to be a HUGE hit in my house (Ish included!).

And then I heard rumor of beet pancakes…and I found them…except they weren’t vegan. So I set out to make my own. And THEY ROCK. So much so that I feel the need to share the recipe with you. Aren’t I awesome? I never thought I’d love beets…but they kinda rock! 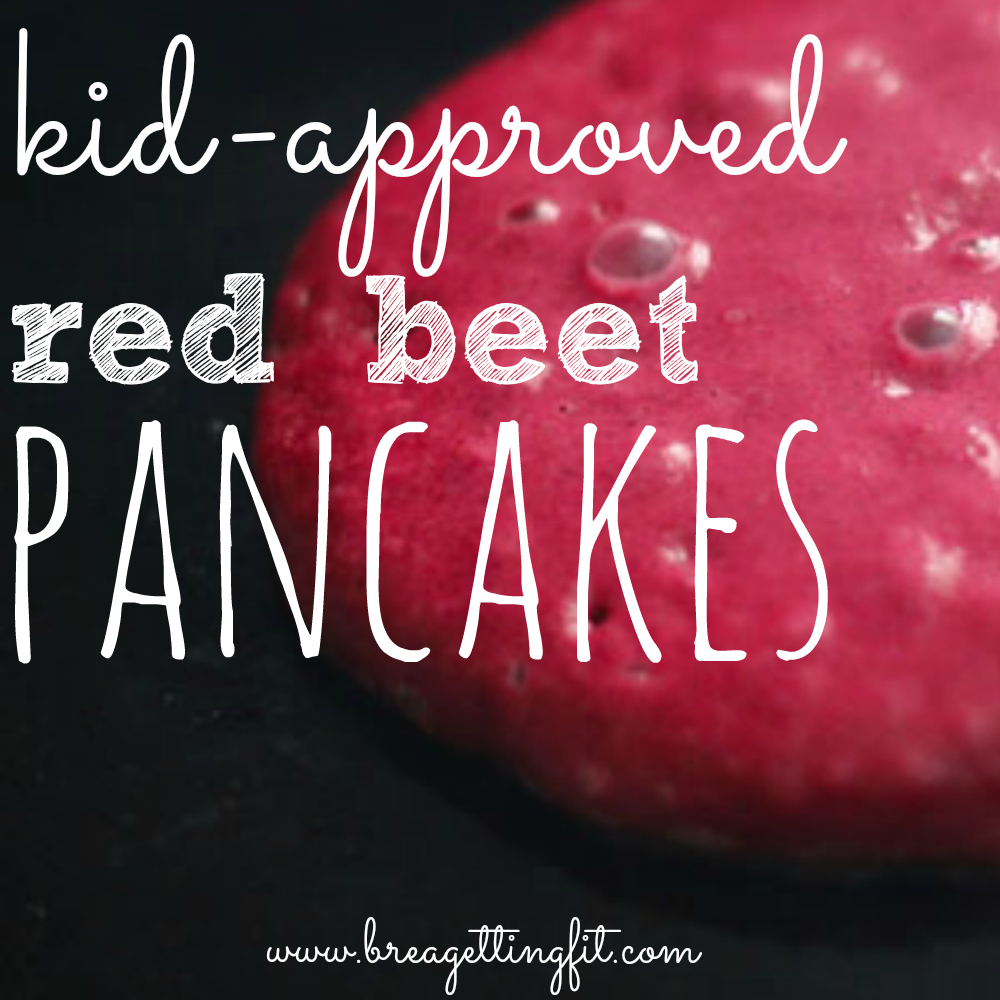 1. Combine the dry ingredients in a bowl and whisk to incorporate.
2. Add the remaining ingredients and whisk thoroughly to combine.
3. Drop 1 tbsp of the pancake batter onto a lightly oiled pan over medium heat and cook for 2-3 minutes, until the pancakes begin to bubble and the batter goes from shiny to matte.
4. Flip pancake and cook for an additional 2-3 minutes, or until golden brown on both sides.
5. Enjoy!

What are you favorite ways to get your little ones to eat their veggies?