Running To The Pole: How I Overcame My Struggle With Fitness

Some days, this is exactly what my exercise regime has consisted of. 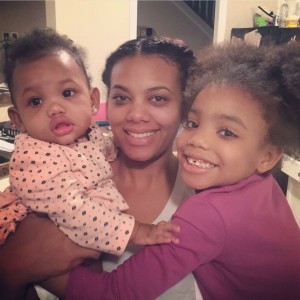 After I had my oldest daughter, like most women, I wanted to lose weight. Instead of having a weight goal, I decided I wanted to become a runner. I grew up as a competitive swimmer and running was the one thing that I couldn’t do.

We would have to run prior to our first practice of the day and I would always be the last one to get to practice because I just couldn’t run. I always felt defeated even before I got to practice, which naturally didn’t make for an awesome practice.

As an unexpected single mother, I was already feeling defeated and couldn’t afford to delve any deeper into the feelings of defeat so I set out to conquer one of the things that had been hardest for me. 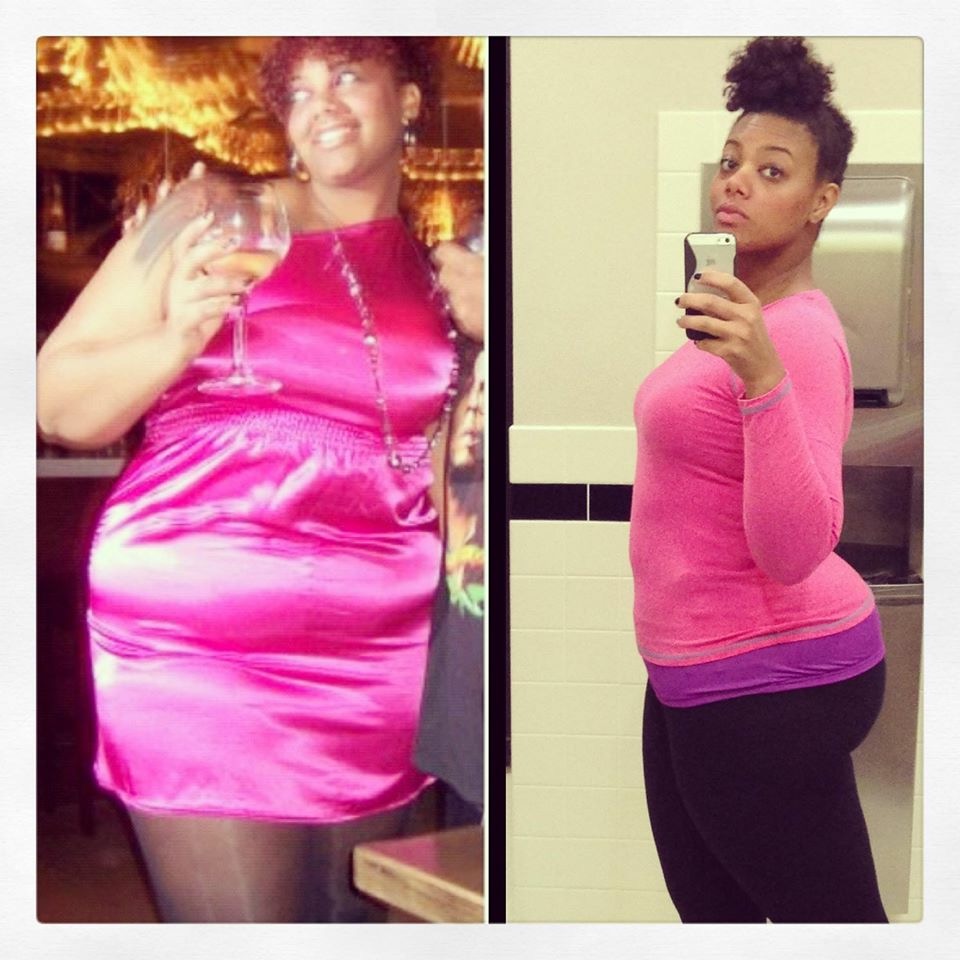 I Started Out With Walking

My roommate, who was also a single mother, and I would walk to the park to take our girls to play. The walk was 1.5 miles there, so it totalled 3 miles. One day, she suggested that we jog a little bit. And we did. This is what started it for me.

During this time I was going through a lot. Being a single mother raising a little girl on one income while trying to figure out how to function in the world was hard. I was sad and overwhelmed a lot. But I couldn’t afford to breakdown because I had my baby.

Every morning I would wake up and I would do a walk/jog to the park. During this time I would turn my music on loudly and sweat out my fears, my stress, my doubts. It felt like I was crying but I wasn’t.

I was making my fat cry while I dealt with my stresses in a healthy way. My daughter’s God-mother’s husband became my running husband. He held me accountable to my morning runs. We would do races together. 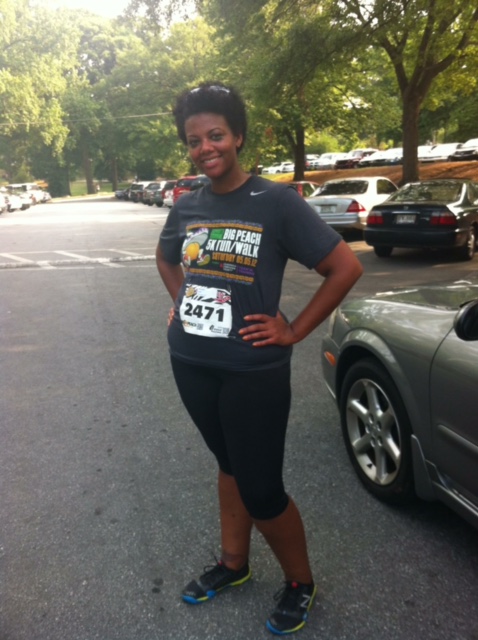 …Then I did A Half-Marathon

My running husband called me and said we were registering for a half-marathon. Up until that moment when I googled how many miles it was, I had no clue how many miles that was.

I thought he was insane but I registered for it and got my older brother to register too. And then I trained. I was a running fool.

I would use one of the many apps to plan out my runs and then I would do them. It was like clockwork. I would eat, sleep, run. I would bring my baby with me. I did 9 miles with her in the jogging stroller.

I loved that I was showing her what consistency and discipline looked like.

It was during this time that I began to cross-train with poling. 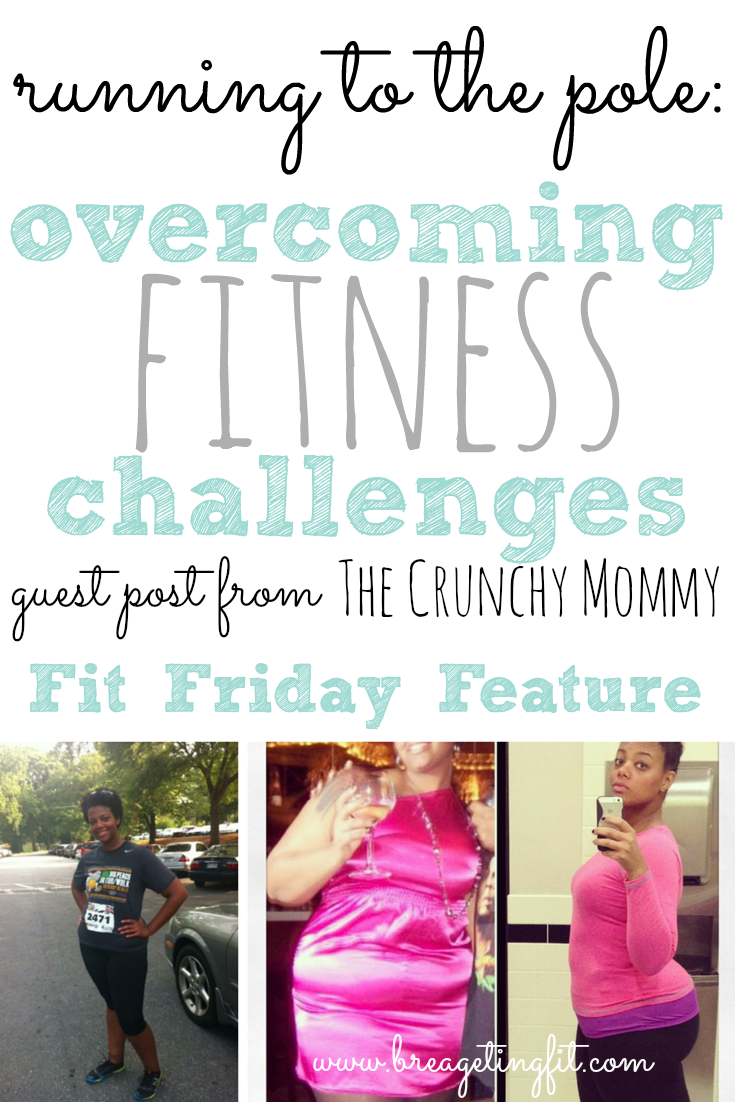 Ring Around the Pole

After taking my first pole fitness class, I had a new respect for women who do this every day! The next day I woke up with parts of my body that I didn’t know existed sore and bruises all up and over my legs. I took a total of 3 12-week pole series classes.

I learned how to climb the pole and do multiple tricks. My back, chest, and shoulders had never looked better. I was consistently surprised at the different things that my body was capable of doing. I gained more strength in my pole classes than I could have in a gym. AND I did it while feeling sexy!

Sooner or later I looked down at the scale and it read that I was 60lbs lighter. Now a husband and another baby later I need to get the discipline I had before.

I miss running and poling. The best thing about being able to do both of those things is that in the highly unlikely event of a zombie apocalypse, I would have been in a good position! 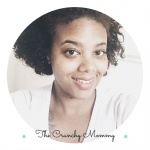 Aaronica Cole (aka The Crunchy Mommy) is a mom of 2 little girls and wife to the most amazing husband in the world. Once addicted to fitness, she’s learning to find her way back balancing a new baby and responsibilities as a mompreneur. You can catch her daily at www.thecrunchymommy.com.

What It’s Really Like To Be a Fit Mom

Setting Goals For Your Fitness Journey

3 Tips to Stay Fit While Maintaining Your Crazy Life

Why You Need Hot Yoga