At my house, we love smoothies.

Green smoothies, fruit smoothies, protein smoothies…just about anything that comes out of my blender is an instant hit. In fact, for the past 3 years, I’ve made Ish the exact same smoothie for breakfast. That’s right. Since he drinks his breakfast every single morning, it must be good!

Smalls is another fan of smoothies, requesting them often, sometimes twice a day. His favorites usually include fruit and yogurt, but sometimes he also likes to add some greens. He’s not a huge fan of chocolate, but maybe that’s because I didn’t really allow him to have sweets until very recently.

The only real problem that I have with smoothies is making a different smoothie for each of us in the morning all while trying to pack lunches, get a toddler appropriately dressed for school (I’ve heard that Superman underwear and Buzz Lightyear wings are generally frowned upon…personally, I don’t see the big deal. It’s not like he’s naked!), and trying to get my workout in.

So, like most things in my life, I’ve devised a way to make things a bit simpler. I’ve found that (for me) make-ahead smoothie packets that only require the addition of water, coconut water, or milk work best in our house. 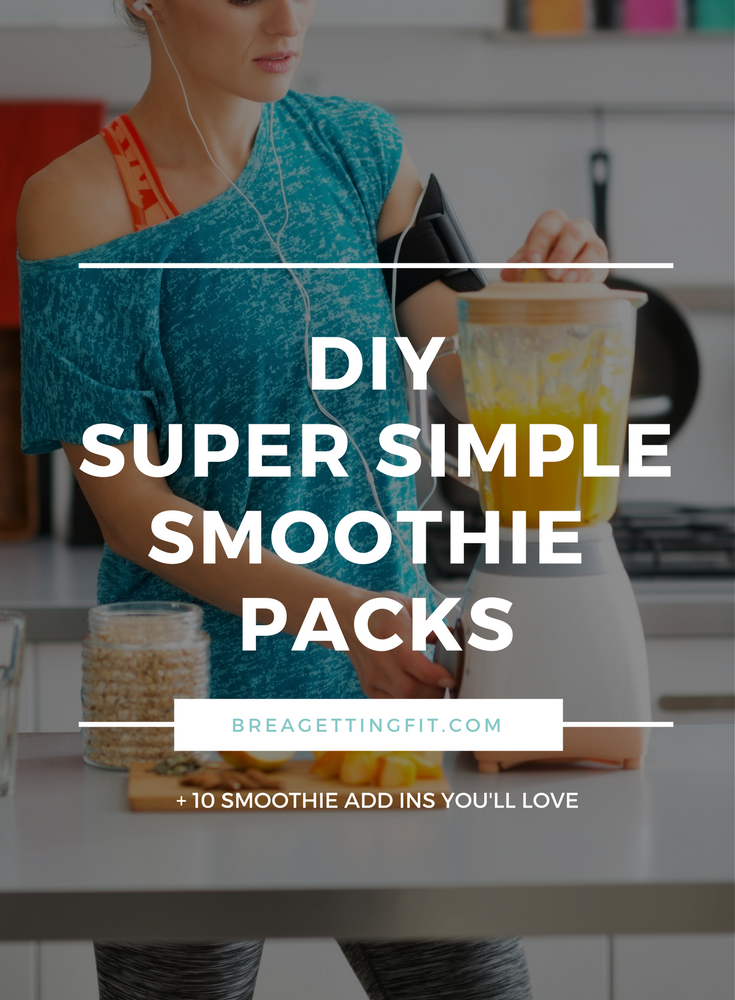 To make smoothie packets, I work on one smoothie recipe at a time. I start by freezing a few quarts of yogurt in ice cube trays since both Ish and Smalls’ smoothies require yogurt. Because ice cube trays hold approximately 1 ounce of liquid, to get my 1/2 cup of yogurt, I need 6 cubes.

To make the smoothie packets for this recipe, you will need to grab:

The assembly is easy! Just grab some sandwich bags and fill each bag with 1 banana, 6 yogurt cubes, 1 teaspoon vanilla, and 1 Tablespoon peanut butter. Seal, lightly toss to mix the vanilla in and store in the freezer. When you’re ready to make your smoothie, dump everything in your blender, add the ½ cup of milk, and blend!

Get your sandwich bags and fill each bag with 1 banana, 6 yogurt cubes, 1 teaspoon vanilla, 1/2 cup frozen berries, and dates. Gently toss to coat with vanilla, and store in the freezer! When you want a berry smoothie, just dump it in the blender, add your liquid, and blend!

You can add a variety of items to your smoothie packets to boost the nutrient content:

When adding additional ingredients or creating a new smoothie recipe, I try to make the smoothie first to make sure that it comes out with the flavor and consistency that I want before I spend the money and time to make a month’s worth of packets.