When Smalls made his Wish over a year ago, it felt very surreal. I couldn’t fathom taking my immune-compromised child nor my 6 month old to the grocery store, let alone spending a week at Disney. People who go to Disney dose their kids with Tylenol and Benadryl and let them loose. We would never survive! Here’s our Make a Wish trip journey.

I literally had nightmares about how this would go…and then I forgot about it. It was always in the back of my mind…but it didn’t feel real, that is until our awesome Wish Coordinator Nancy called me and said that we were going to Disney World in November. Then it got real. 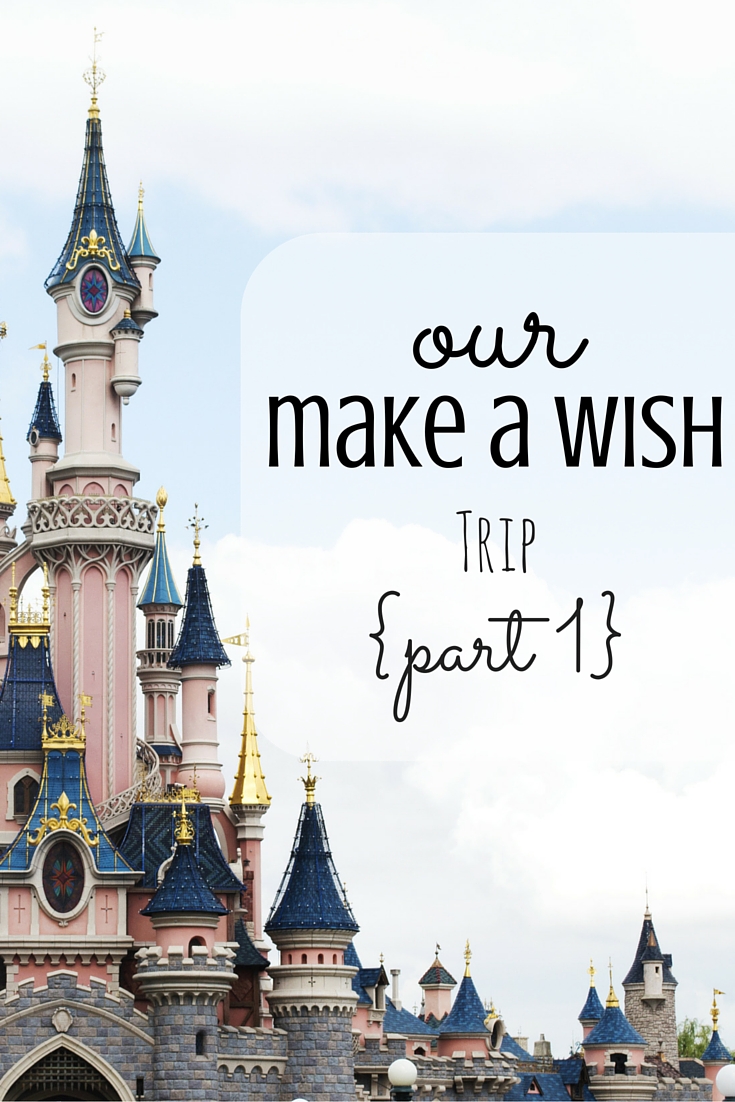 Did you know that over 60% of all the wishes that Make-a-Wish grants are Disney related? And if you’re really lucky, you’ll get to do more than just Disney. Because Smalls wished for Disney World (yes, they actually asked him which park), we got to stay at an awesome resort called Give Kids the World Village.

We were also provided gas money, one night’s hotel stay each way (we chose to drive 14 hours rather than fly-remember, compromised immune system), spending money, and more.

For Smalls’ Make a Wish, he was given:

As a Wish kid, Smalls received what is called a Genie Pass. It was our very own version of Fast Pass, without the scheduling. We just had to show it to the first cast member we saw and we got super fast service. For characters, that meant front-of-the-line service!

Magic Kingdom has an amazing, quiet Wish Lounge right next to the first aid station (which was awesome because we could rest and I could ice my broken leg.) I found that the cast members at every single Disney park were amazing. They went out of their way to make Smalls’ experience extra special, including allowing him to stay on some of the rides for a second (or third) time around.

The best part of Universal is by far the Wizarding World Of Harry Potter. By.Far. The rest of it…meh. Smalls loved both Harry Potter attractions, but he went absolutely nuts for Transformers. 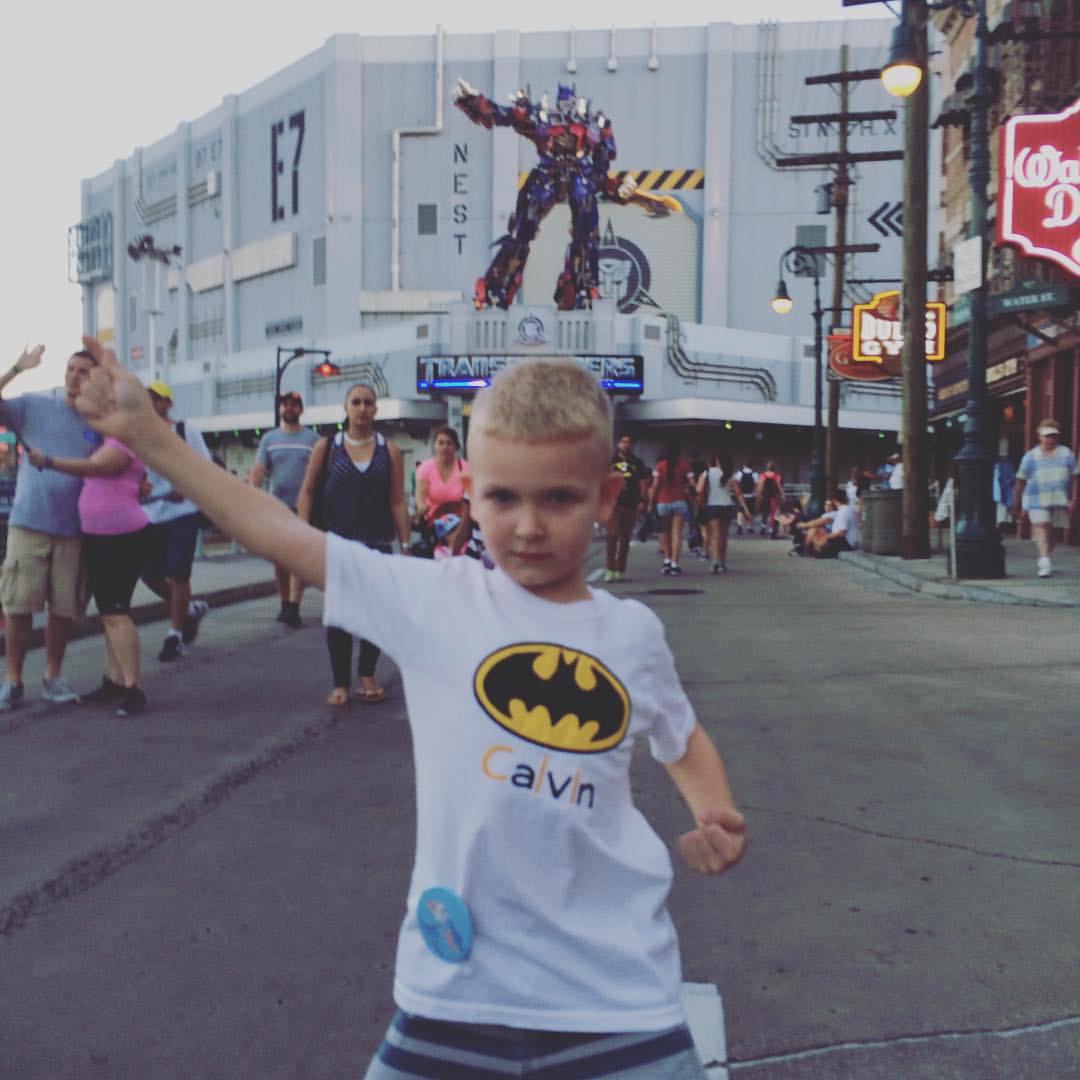 I wish I’d been able to get a photo of him with Bumblebee, but an employee grabbed my phone and yelled at me for taking pictures of the character. (Yes, that really happened. And yes, I stated that my child was on his Make a Wish trip-she didn’t care)

Between that experience and having to physically hop (using Smalls for support) to get my crutches after exiting the Jurassic Park ride while an attendant stared dumbly at me soured my taste for Universal. We will not be back unless Smalls begs to see the Transformers again.

That being said, Wizarding World was awesome-the employees were amazing and friendly. And we did get to go through their Express line with our Guest Assistance pass that we were given. 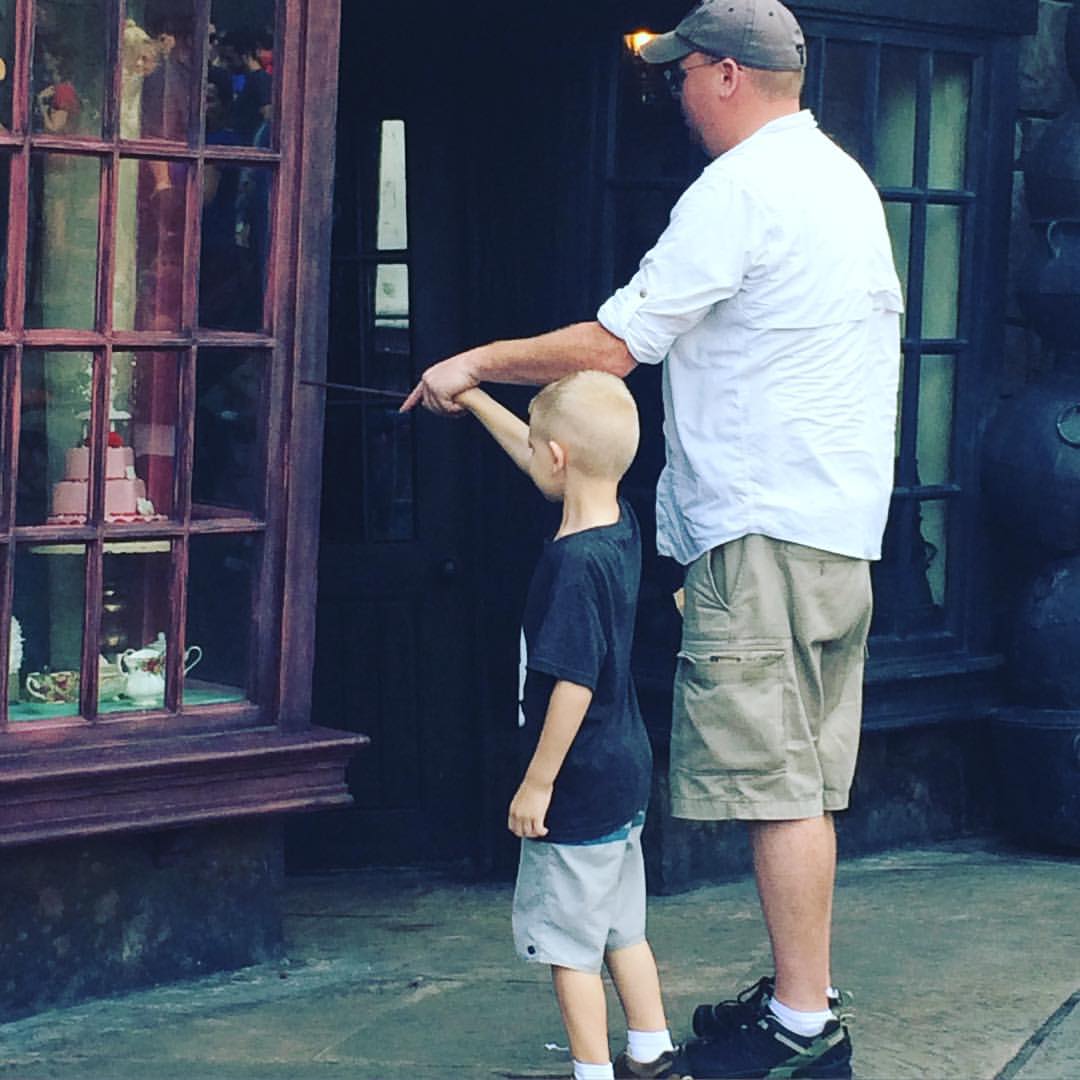 Our tickets to Universal also included free parking, free stroller or wheelchair rental, and Photo Pass, which we didn’t use since I couldn’t swipe and hobble into position in time.

Our passes to LEGO were provided by Give Kids The World, though we did have to request them. We were able to pick them up the night before we left. Although it’s a full hour drive it was so worth it! The whole park is built just for kids. The rides are kid-sized, there are playgrounds all over the place…it was wonderful.

We chose to use some of our spending money to book a single night at the new LEGOland Hotel, which was very much worth it. The hotel is literally steps away from the park, and it’s got a Disco elevator.

Our LEGOland passes included a “Hero” Pass for front of the line access to rides, and a free stroller or wheelchair rental.

For meals, we received a per-day amount that we could use at our discretion thanks to Give Kids The World. Because we had limited funds, and didn’t want to spend them all on meals, we chose to eat 2 meals a day at GKTW and one while we were in the parks. Don’t forget that you are allowed to bring a soft-sided cooler or backpack with snacks and water for your family. It’s much, much cheaper than buying snacks in the park (and often they are the same snacks).

We wanted Smalls’ to enjoy his time, and he had requested meals at both Royal Table and Be Our Guest (which was honestly the most amazing dinner ever, ever, ever). These can be provided by Make A Wish, but only if your child specifically requests them when making their wish. Mine decided he HAD to have these thanks to DisneyJr. 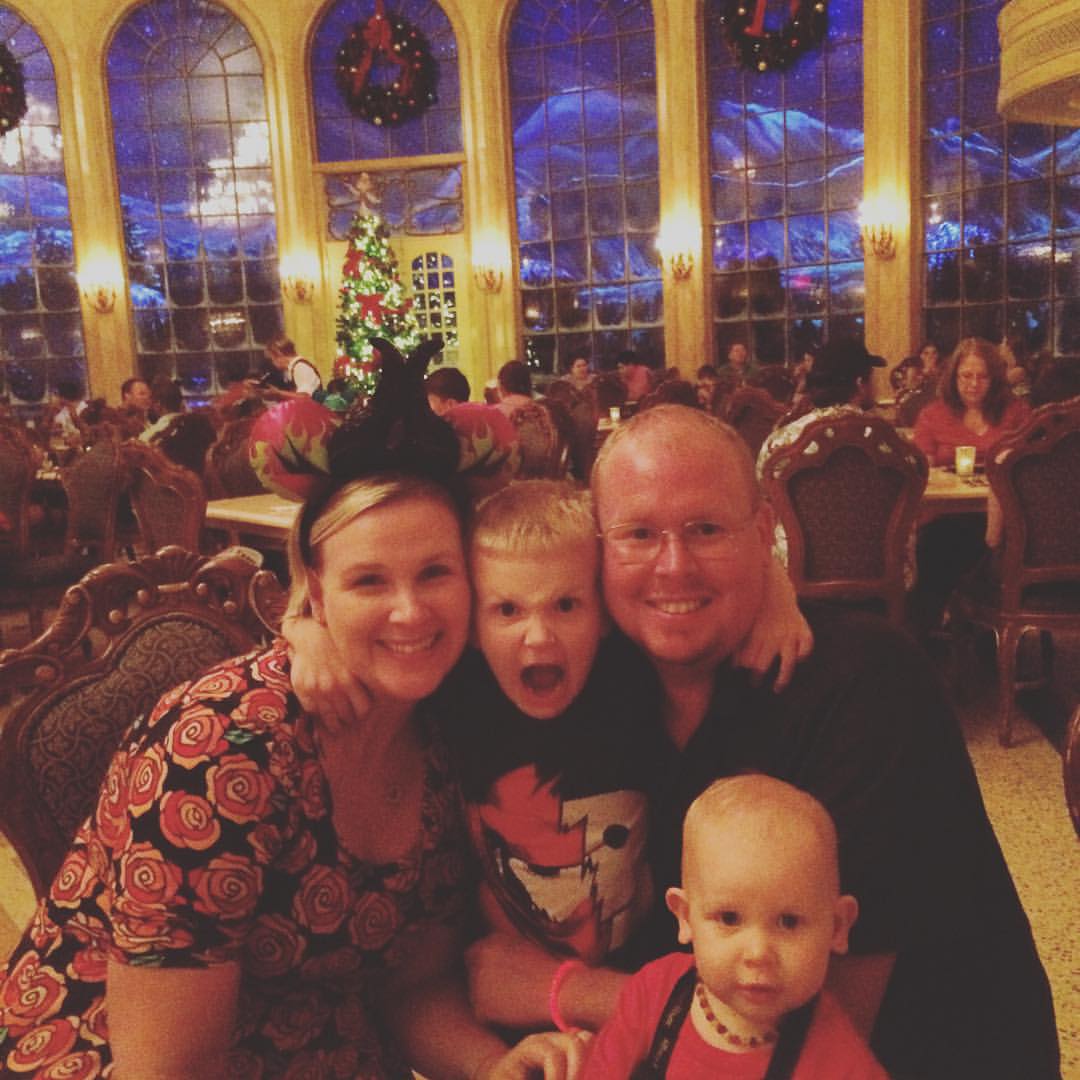 I was blessed enough to be able to use a now-defunct website to help secure reservations at both eateries. However, when I spoke to one of the Cast Members I was told that reservations can be made up to 180 days in advance. Restaurants that are difficult to get into generally start having availability closer to the date of your trip. So keep trying if your family wants to eat somewhere that is seemingly booked. We had no problem eating at the Universal parks.

I’ll be posting a review of each park (Disney, Universal, and LEGO) for the remainder of this week, so stay tuned!

What tips do you have for Wish Kids?