The Realities of Parenting a Critically Ill Child

I’m about to share my soul with you. This post was really, really hard to write. It’s about parenting a critically ill child. But I value honesty, and health, so here goes nothin’:

The Realities of Parenting a Critically Ill Child

I’ve started and stopped writing so many posts I’ve lost count. I’m sure that there are at least 100 posts partially drafted, just waiting for me to finish them by now. But somehow, I couldn’t bring myself to write about my  extremely slow postpartum weight loss or the fact that I have just started working out again regularly…until recently. 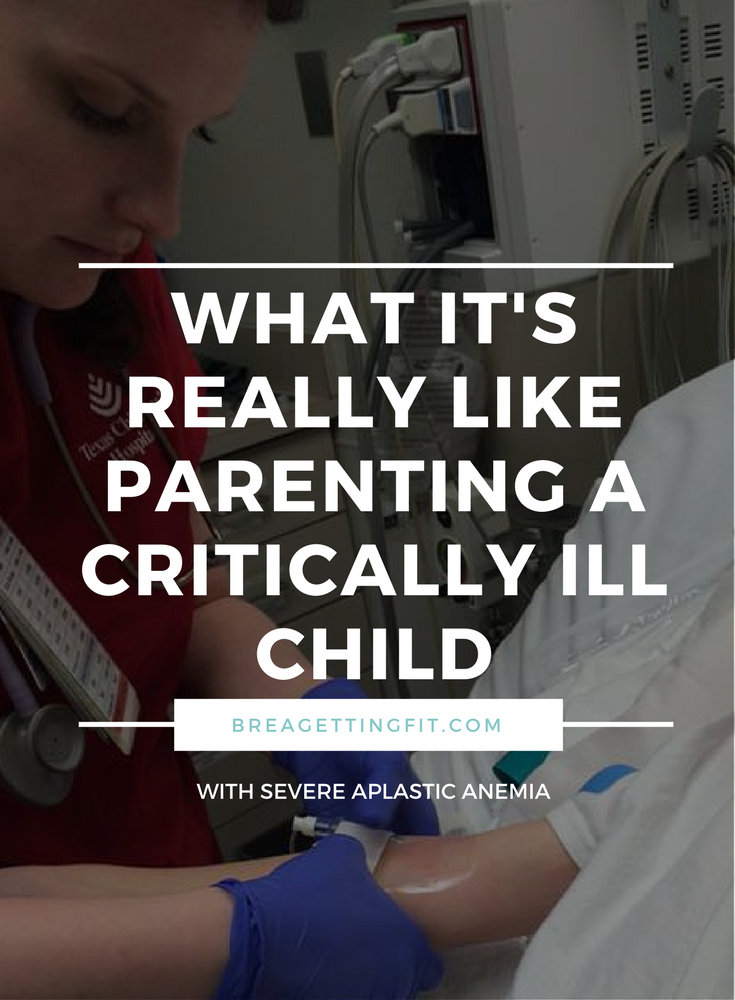 Quite frankly, I’ve felt guilty getting excited about anything for the past year. THE. PAST. YEAR.

See, Smalls (or Calvin, as some of you may now realize), was diagnosed with Severe Aplastic Anemia in April of 2014. Up to that point, life was blissfully normal.

Ish had just gotten a new job, we were moving (back home!) to Texas, which we love, and making all kinds of plans for the adventures we were going to have once we got there. 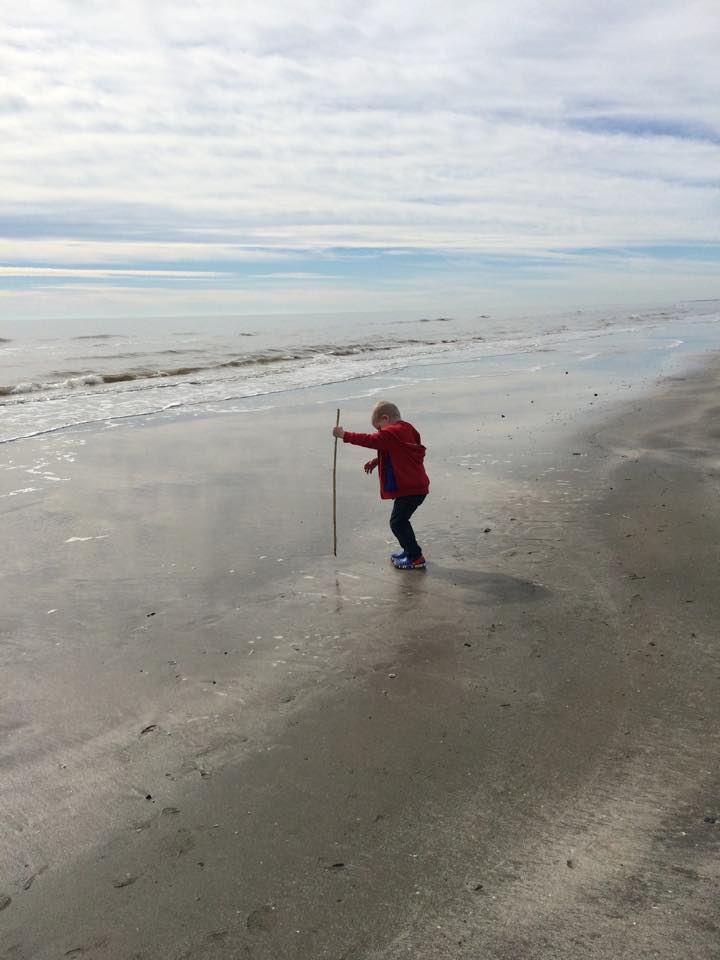 We could go camping in the Fall without freezing! In fact, we could do all the fun festivals now that Smalls was older, and he could start Karate again, or maybe even gymnastics!

We searched for a good preschool or coop where he could make some new friends (because, really, a kid can never have too many friends!). We talked about going to see plays at Miller Outdoor Theatre…and then we noticed some bruises. Not a lot, but certainly not “normal”.

I started to research “normal” bruising for a preschool boy and called the pediatrician. Smalls has a history of iron-deficiency anemia, so they recommended that we start an iron supplement. The bruises got better…for awhile. But then the nosebleeds started.

And we were moving. In days, not weeks. The house was packed, it snowed (yes, in April), and we left. All the while, with this nagging feeling in the back of our minds. As we drove toward Texas, the bruising and nosebleeds got worse. Smalls started to bleed underneath his fingernails if he pushed on them…it just didn’t feel right.

I called our pediatrician and made an appointment…and then we were waiting. When we got home, I took Calvin to an Easter egg hunt with some local friends…and then we went to his appointment. They wouldn’t draw labs on a Friday afternoon, especially the Friday before a holiday. So we came back on Monday.

I held my son while the nurses tried to be gentle, but ended up blowing out every single vein in his arms and hands. By noon, Ish got a call that we needed to take Smalls to the hospital for admission RIGHT NOW.

They had a bed waiting. It was scary and very surreal. You know those moments where you are watching a train wreck and can’t look away? It was like that. I felt totally out of body, and at 8 months pregnant, I was really, really scared for my kids.

This Isn’t My Life

We found out how dangerously low his CBC (complete blood count) was, and thanked God that we followed our instincts and pushed for an appointment. I watched as they physically restrained my son so that they could put IVs in both his hands to make blood draws easier.

I held him as he screamed and begged, BEGGED the nursing staff to let him keep his blood. Then I listened to the doctor tell me that he suspected that Smalls had either leukemia or Severe Aplastic Anemia, or SAA. And he hoped it was SAA.

Wait. What? He hoped my child had an incredibly rare, one-in-a-million disease because at least it wouldn’t be leukemia. Ish brought me clean clothes, and let me go home to shower on Wednesday night. We couldn’t leave Smalls alone. I slept on a crappy, pull-out couch/bed hybrid that I’m sure was invented by someone who most certainly doesn’t have hip bones or elbows (or a very pregnant belly).

And then we got THE diagnosis. On Thursday, Smalls’ team confirmed that he had SAA, and we were given two options: ATG therapy (immune suppression therapy) or a bone marrow transplant. I completely lost it.

The Answer NO ONE Wants 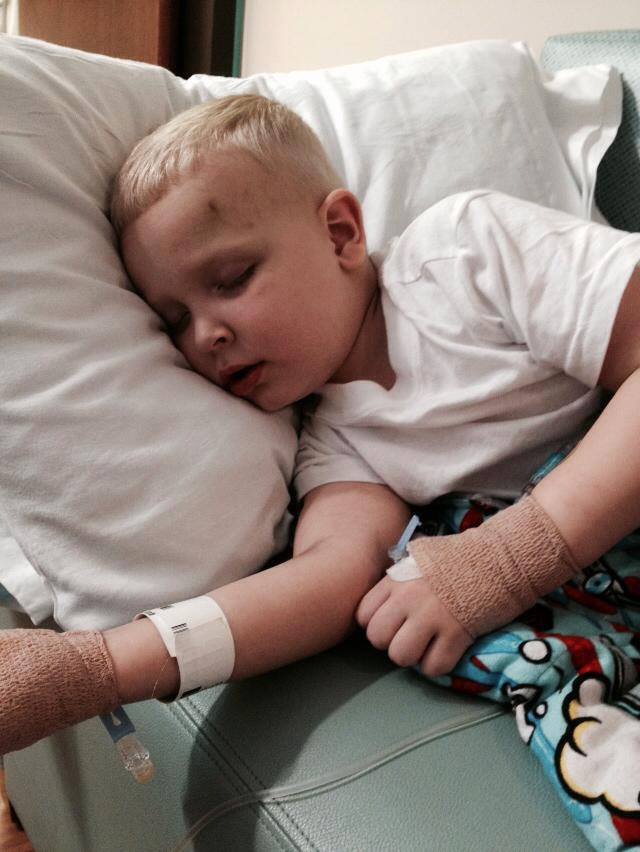 My son, who is larger than life, and who runs, jumps and loves more than anyone I know had a life threatening disease. He had no cells to fight infection, so seeing friends or even family was terrifying.

My amazing friends banded together and ding-dong-ditched dinners for Ish at our house so that he wouldn’t forget to eat. I went to the hospital cafeteria three times a day. Cafeteria food is crappy and expensive, in case you’ve never had the pleasure of paying $15 for a greasy slice of pizza and a small salad with a 16-ounce bottle of water. I don’t recommend it.

Up to this point, I seriously hoped and prayed that they were wrong. The blood work got mixed up…this wasn’t actually happening…

…and then Smalls was transferred to Texas Children’s at our request, and we waited some more. We were told that our insurance was going to run out the DAY it terminated. Have I mentioned moving SUCKS?

I scrambled to get COBRA in place. I asked about financial aid and was told that because Smalls didn’t have cancer, there wasn’t a lot of help out there. I quit my job. Unceremoniously, tearfully, and prayed that I would be able to start up my business again someday.

A dear friend started a GoFundMe campaign for Smalls, and I received nasty emails and messages from people who wanted to know why we needed the money.

A Life-Threatening Diagnosis Is Expensive

I only saw Ish for two hours each week while we were inpatient when he came up on Friday night so I could go home and sleep (and shower) and when I relieved him Sunday morning. Hospital parking is expensive. Gas is expensive. Smalls needed LOTS of medications, and we quickly hit our maximum out of pocket, but we were paying for COBRA and had an 80/20 out of pocket once the maximum is reached.

Every time Smalls needed surgery, the hospital called me and asked for our 20%. He has had 7 surgeries so far. He has another surgery next month to check his bone marrow. So yes, the GoFundMe helps. And yes, it’s necessary. 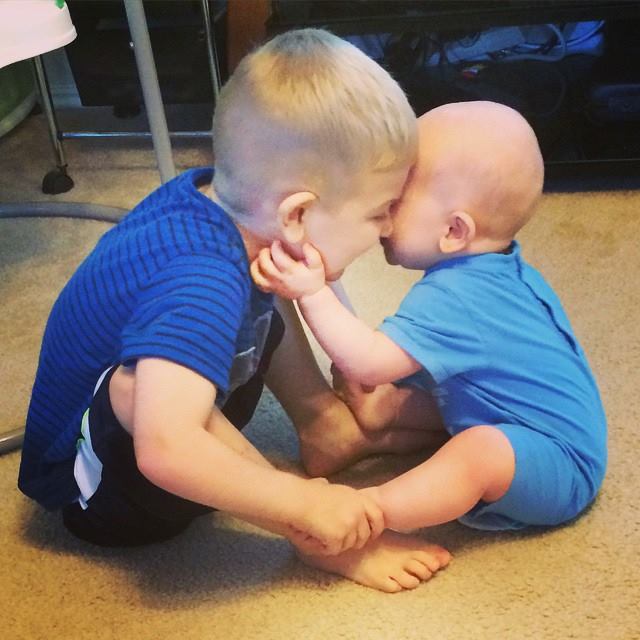 Everything helps, but it never seems like enough. There is always another bill or another expense. Many of Smalls medications were not covered by insurance, but he needed them to survive.

I’ve sold anything that isn’t nailed down. Baby’s cloth diapers went on the chopping block. Clothes, shoes, purses, all went to consignment or auction. I was able to make payment arrangements for some of his bills. NOT ALL.

And then we had the baby, which just added to the mountain. Why am I telling you this? Honestly, I don’t know. But I need to get it out. To all of those parents out there who have babies with cancer, or SAA, or other rare disorders…we get it. I get it. You are NOT alone, even though you may feel like you’re drowning.

The Slow Road To Our New Normal

We are incredibly blessed. Smalls SAA has gone “dormant”, which means that it’s not currently active. It can always come back. IT CAN COME BACK. So as my child is currently happy and relatively healthy a year later, we are watching and waiting. I’m sure that the longer he is “normal” life will become a little more normal.

But we still have to make a trip to the ER anytime he runs a fever over 100.4. The baby is growing, and we are able to get outside and play now. I’m able to hop on the elliptical for 30 minutes in the morning and do a workout video with Smalls while the baby naps.

We are able to take Smalls to the park, and play with friends, provided they haven’t been sick recently…. But it could all come to a screeching halt. So for now, we are going to enjoy this new “normal” and relish in once-a-month clinic visits instead of 3 times a week.

Read about our Make a Wish trip here.

How To Stop Being A Martyr Mom