Tips For Doing The Whole30 With KIDS

When people posted on my Instagram feed asking me if my kids were doing Whole30 with me, it gave me pause. I’d really never thought that they wouldn’t do the challenge. You totally can do Whole30 with kids!

Tips For Doing The Whole30 With KIDS

After all, I’m the one that prepares, cooks, and serves the meals in our house. Yes, as he gets closer to 5, Smalls is more involved in the cooking process-and I want him to be. But the reality is that I’m the adult. It’s up to me to make sure that my boys are healthy and eating well.

So when we decided to do the Whole30, it seemed only natural that my children would do what they normally do…eat what we’re eating. The small hiccup in the plan was going to be lunch. Smalls was totally addicted to homemade ‘uncrustables’. I knew that there may be issues with me wanting to do the whole30 with my kids.

But if you know me, you know that I love a challenge.

The first thing I did was tell Smalls about the challenge. 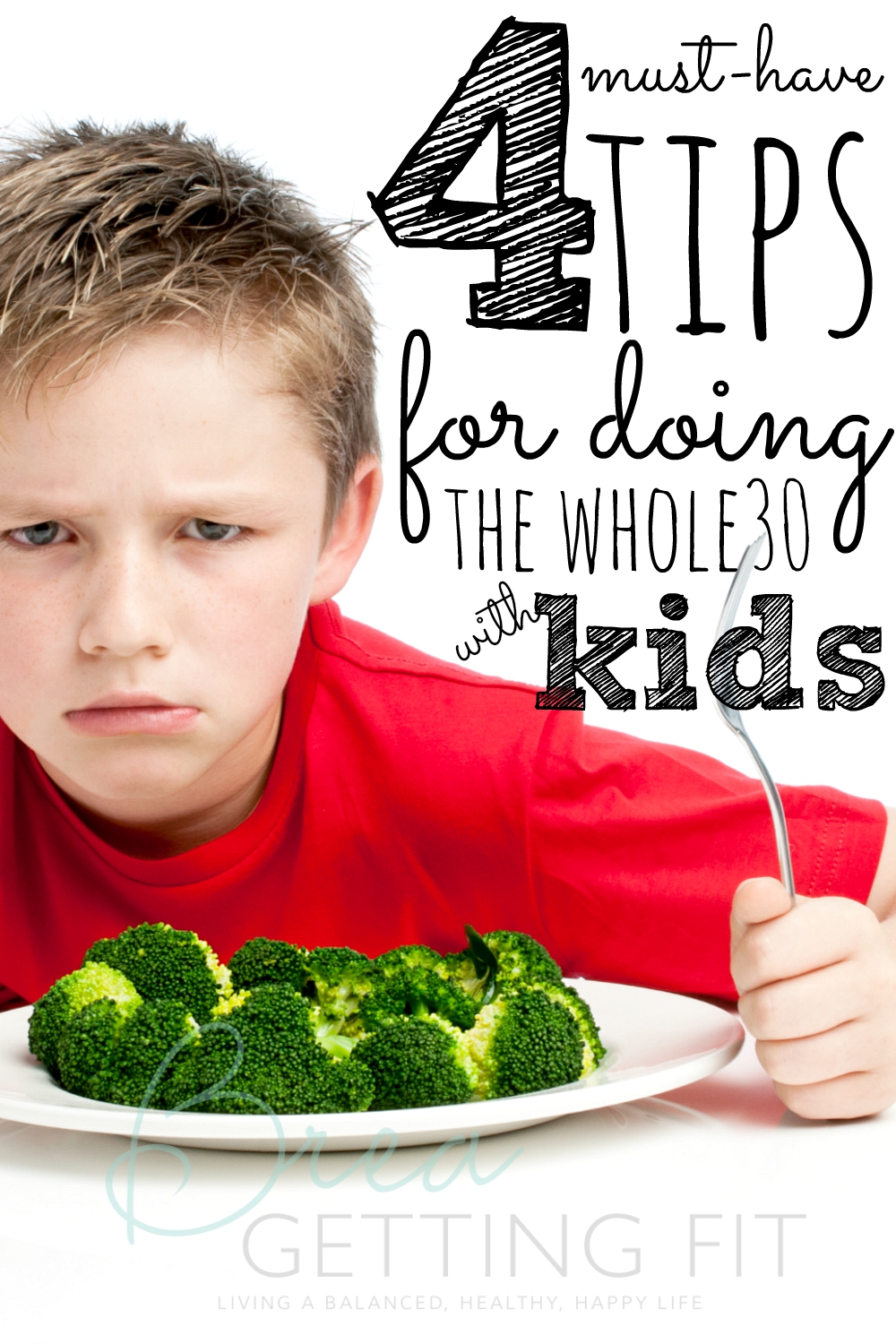 Talk About The Whole30 As A Family

I sat down with him, and laid out the plan, including what we could eat (which is a LOT!) and what we couldn’t. We talked about the food groups, and how this was temporary.

And he couldn’t get past no cheese.

So I made a choice: I wouldn’t throw his current stash of cheese sticks away, but I also would not replenish it. I made the same decision for all other non compliant child-friendly foods. The good thing was that Smalls didn’t notice, since he’s a fruit fiend. 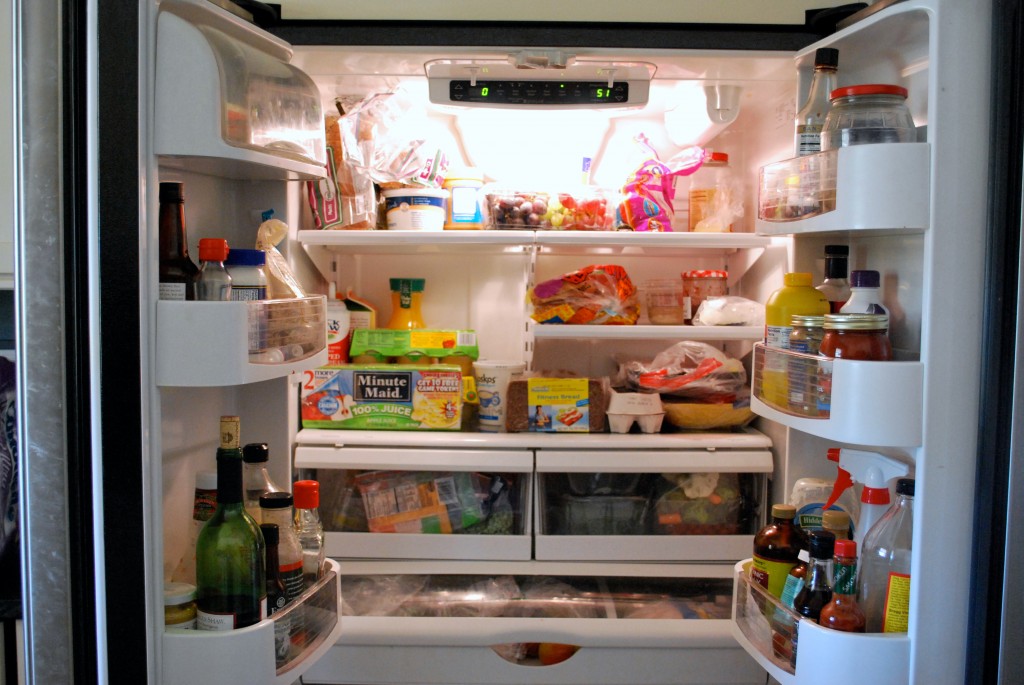 Keep Lots Of Fruit (And Veggies) On Hand

Although the Whole30 doesn’t recommend living on only fruit, I found that Smalls was downing fruits (and select vegetables) as his stash of cheese and crackers ran low. Interestingly, he naturally began asking if he could please have the pears, or plums, or an orange and I ended up quietly removing the non-compliant treats from the house as he stopped asking for them. It felt awesome to donate bags of food!

I also kept Larabars and powerballs on hand for quick and easy snacks. Smalls loves to help make snacks in the food processor, so I used that to my advantage.

I also made sure that he had his own cookbook.

Let Your Kids Plan Some Meals

Smalls thought it was so cool that he had his very own cookbook. His elation was probably more about the fact that there was a dinosaur on the cover. A.Dinsoaur. Eating at a table. He thought this was just awesome. He loves going through and looking at the pictures while he chooses a few meals and snacks to make with me.

I think that helping plan has given him [the impression of] more control. He feels involved, and loves to help.

Shop And Prep For Your Whole30 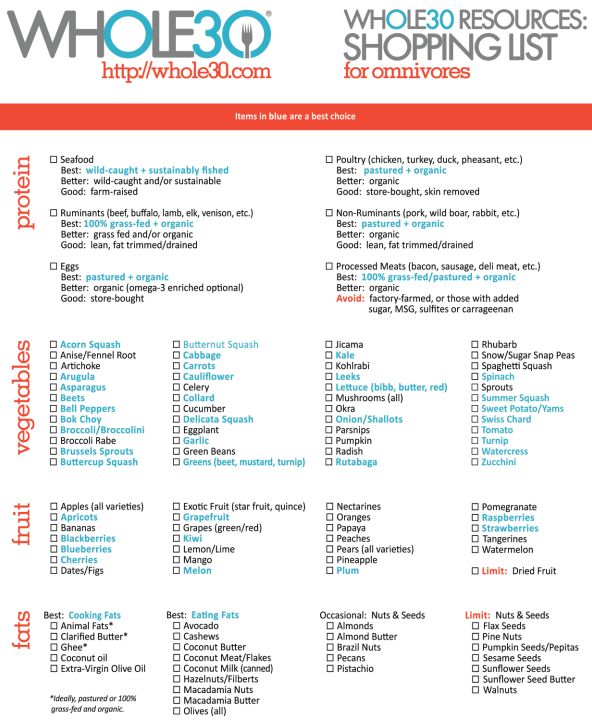 My boys go grocery shopping with me. His job is to pick out the fruit. All.The.Fruit. So some weeks we’re inundated with watermelon, while other weeks we have a pear, a plum, and a whole host of nectarines. I try to encourage apples, oranges, bananas, and other less expensive fruits, but I also realize that a few nectarines (he rarely picks more than 3 of anything) isn’t terribly expensive.

I’ve also started asking him to help pick out veggies, and have been surprised at some of his choices. Pleasantly so! He loves sugar snap peas and carrots. Without Ranch.

When we get home from our shopping expedition, Smalls helps me unpack the bags and begin our prep. His job is to wash and bag grapes. If we have other easy to prepare food, he helps with that, too. He also loves to add the (chopped) veggies to our egg muffins.

It’s normal for kids to resist change. It’s part of what makes parenting both entertaining and insanely frustrating. Remember that you’re changing a fundamental part of their life as they know it. I found that going slow, easing in, and not caving when he whined that he just wanted pizza (who doesn’t?) were my secret weapons.

For us (actually, for Smalls) it only took about a week for him to figure things out.

Did you involve your kids in your Whole30?

Time To Cut The Junk: Countdown To My Whole 30

What Is Paleo? A Beginners Guide
Posted in Fit Food, Parenting