It’s been awhile since I’ve done a workout review of one of Tracy Anderson’s DVDs, but it’s definitely time, don’t you think? Her newest release, Tracy Anderson Method Slim & Sculpt Cardio (say that 10 times fast!) was released at the beginning of the month, and I’ve been alternating between this and Tangoflex.

I have got to say the two workouts together make a pretty potent combination! I don’t think that there is a muscle in my body that doesn’t feel like boiled Hell. But, that’s the price we pay for chance, isn’t it? Go to be sore from exercise, wake up stiff, and do it all again to improve ourselves. And that is something that Tracy has proven she can do…if you can keep up with her. 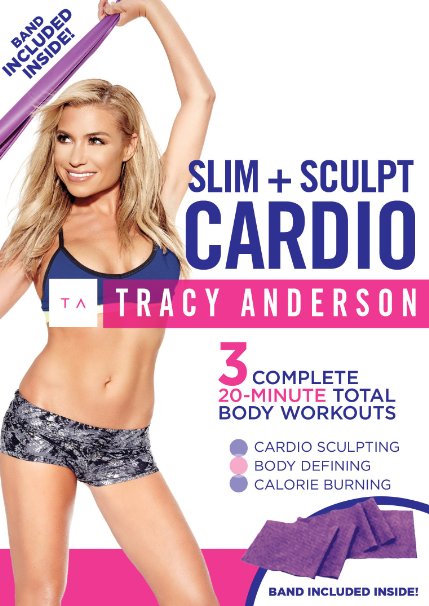 The TAM workouts aren’t known for their modifications, and this workout was no different. She also did the voice-over thing again, and as you know, I’m not a fan. I’d much rather the instructor speak to me. I don’t know why it irks me, but it does. 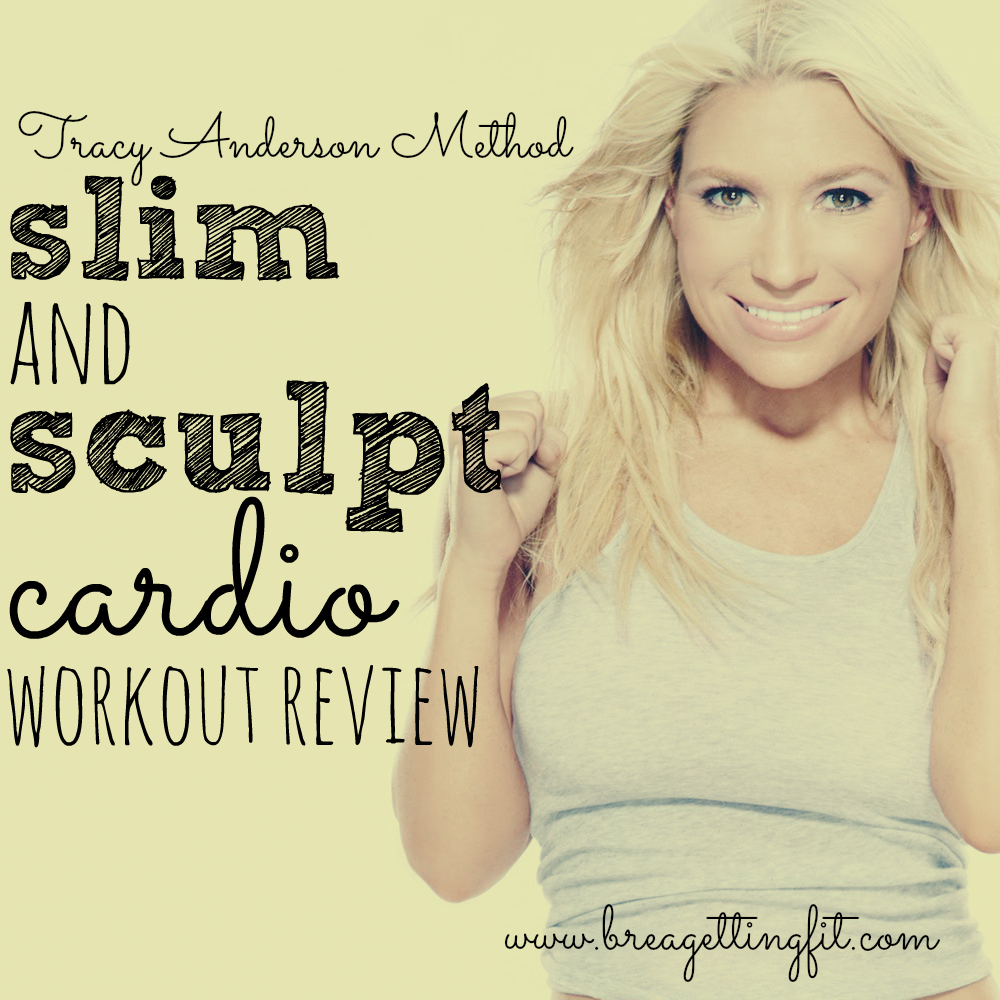 This workout DVD is broken into 3 20-minute segments:

Each segment is just shy of the 20-minute mark, but that’s okay with me, because I think if I’d gone any longer I’d be face down on the floor unable to get up.

She says something along the lines of “you’re just going to have to do your best to keep up” or something. I’m not entirely sure since I’m pretty sure I was seeing double with all the spinning and jumping. I get that her dance cardio is intense, but if you want me to keep up, you’ve got to at least teach me the steps.

Yes, the more I do this workout (it is enjoyable, and the boys like to do it with me, so that’s a bonus!) the better I am at “dancing”. But getting frustrated from day 1 probably isn’t helping anyone fall in love with her cardio methods.

I have no words.

…okay, okay, I have a few. I’m not a huge Dance Cardio fan, so I may be unfairly biased, but holy heck! This moves super fast, and I was lucky if I got a single move in sync. I actually just sat down the last 10 minutes and did some Dia Method (another review that will be publishing soon!) abs. I just can’t. 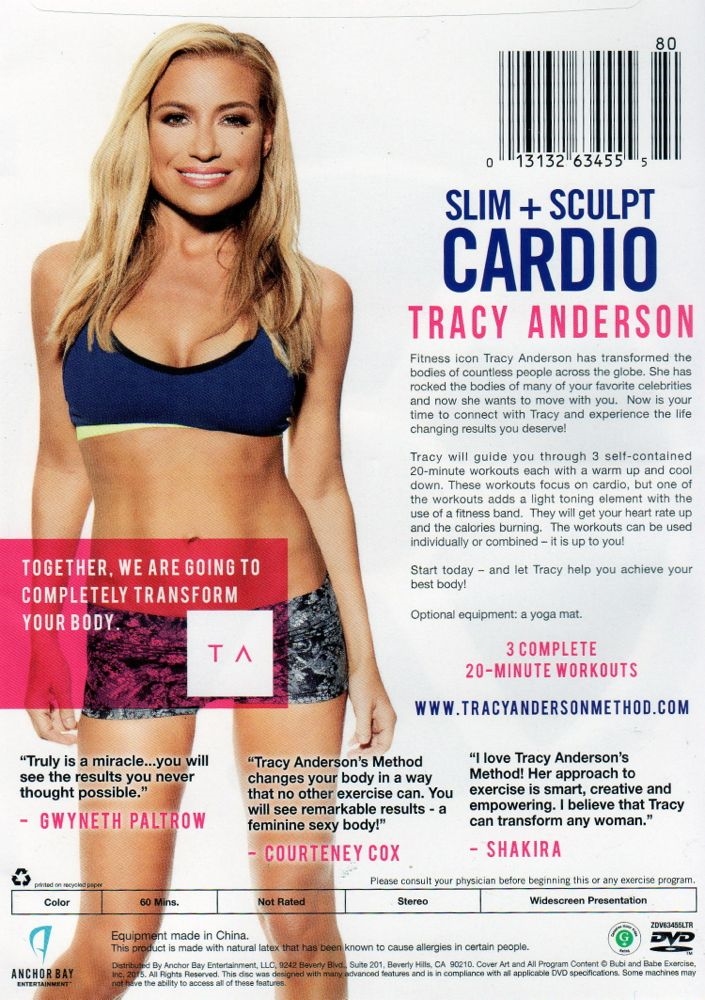 Muscular Structure With The Band

This is the only place that she uses the band in the entire 60 minutes of exercises. I have to say that I really like the way she uses it. There are some moves that are pretty advanced, but I was able to modify them because I’ve done her beginner and pregnancy workouts.

This truly is a total-body workout, and I love that she didn’t do a lot of static stretching at the beginning. I felt like she kept hinting that we should be doing the entire DVD in one go…but I could be wrong. (I’m sure that those of you who are Tracy aficionados could easily do this.)

The reps were well counted, but the cueing was slightly off for some of the exercises-almost like she wasn’t watching the video as she was speaking. It was odd. So rather than being able to focus on the exercise, I had to kink my neck to watch the television.

As I said, not a voice-over fan, but I can get past that. I like that there were actual stretches at the end of the workout, and you literally use the band for the entire muscular structure workout, which surprised me.

For less than $20, this is one that I would pick up again. It will definitely stay in rotation

Do you have a favorite Tracy Anderson Method Workout DVD?

I’m Getting My DanceBody Back