I understand that we were given the opportunity to go to Universal Studios as part of Smalls’ Make a Wish trip, and I am very, very grateful. And we did have fun, but there were some things that jaded the experience. Because of this we won’t be returning to Universal Studios.

When you’ve been to Disney, Universal can feel like a bit of a let down. It’s very carnival-ish, a third of the rides and attractions are under construction, and when you try to see characters, you get yelled at and have your phone grabbed from your hand. And let’s not forget hopping 20 feet to get my crutches after finishing a ride.All of that aside, I promised Ish that I would try to be objective in my review (I was HOT, y’all!). So here goes. 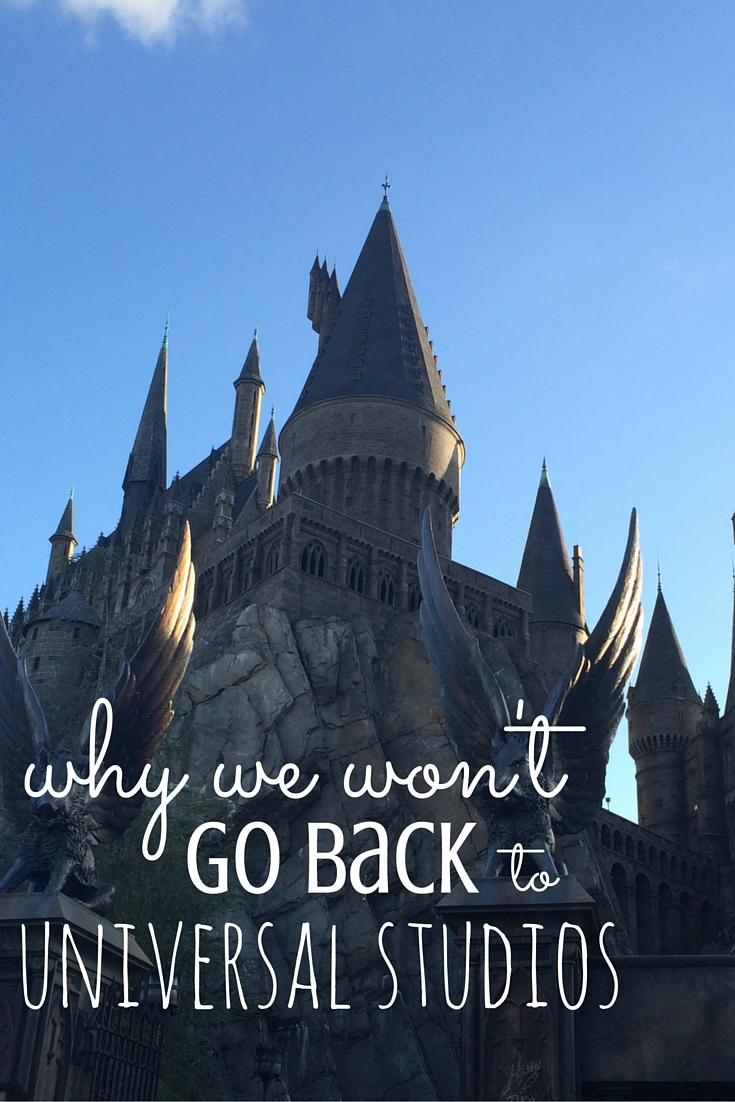 Rather than build a large park with “lands” like Disney, Universal is divided into two separate parks: Islands of Adventure and Universal Studios. We were given Park Hopper passes each day, so we were able to ride the Hogwarts Express between the parks.

Islands of Adventure was…interesting. It felt old, a little carnival-ish. Jurassic Park was its saving grace. It was really cool to see the raptor nursery and Smalls love being able to “see” like a dinosaur.

The Hogsmead section of The Wizarding World Of Harry Potter is located in Islands of Adventure and it’s awesome. I’m a total geek, and I was freaking out as we went over the bridge. You can go to Olivanders, the Owl Post, and even grab a bite at the Three Broomsticks (really good food!). 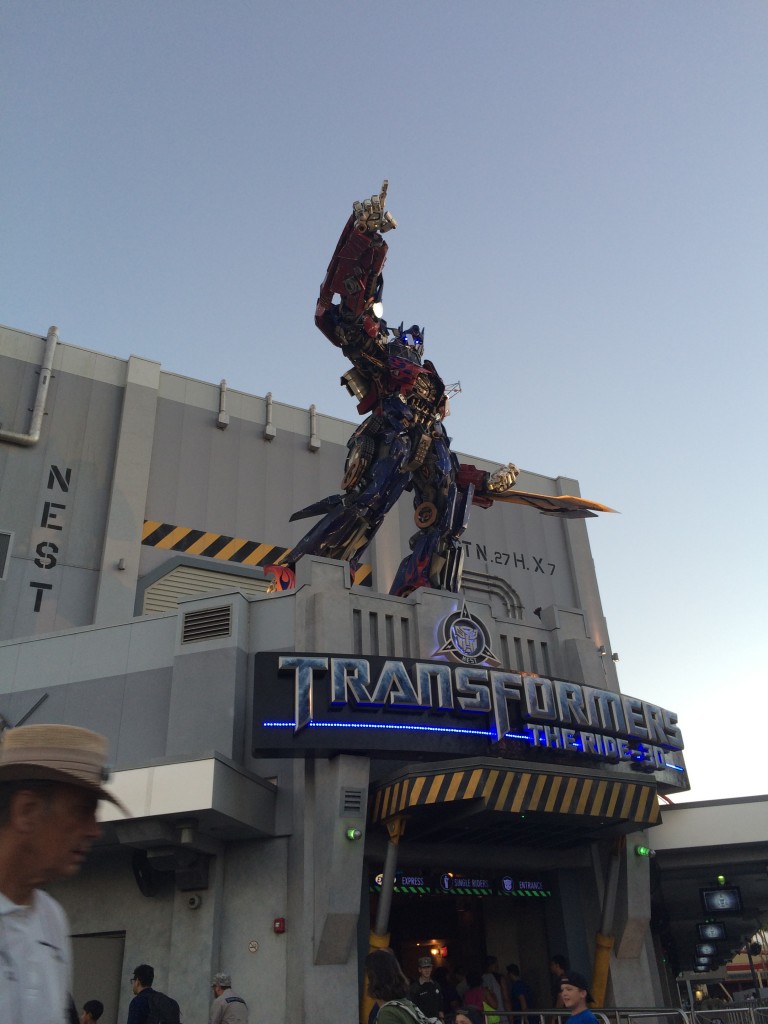 I much preferred this park. The Minion ride is here, along with Transformers, Jaws, and Diagon Alley (oh, and the Night Bus!). The park was clean, easy to navigate, and I loved how Diagon Alley was hidden.

The only poor experience here involved Bumblebee and Optimus Prime. Smalls really, really wanted his picture taken with the characters and their handler was incredibly rude, even after I explained that he was a Wish kid. We left with him in tears. Not a fun day.

The Wizarding World Of Harry Potter

Because I’m a huge nerd, this was the one thing I didn’t want to miss. And I’m really, really glad we went! This attraction actually spans the two parks, and you can ride the Hogwarts Express (if you have the Park Hopper pass) to get from one to the other. Ride it both ways because it’s different! 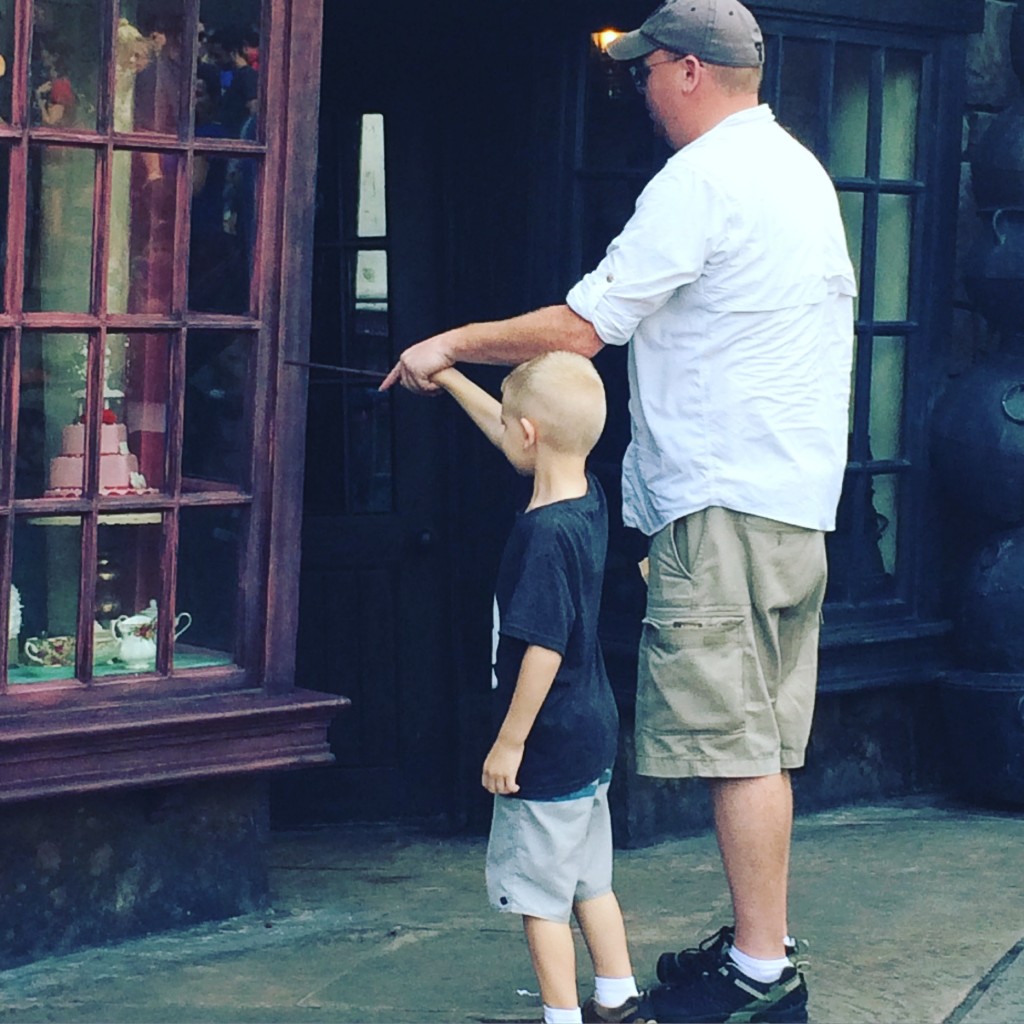 If you can, go to Olivanders and pray that you are chosen. We weren’t, so we went to the Owl Post and Smalls chose Harry’s wand (I wanted Hermoine’s, but I was vetoed.). We had a blast going through Hogsmead casting spells. And, if you have little ones and they accidentally drag your {$50!!} wand on the ground and destroy it, just take it back to the Owl Post for a magical {FREE} repair.

Hogwarts Is Just A Ride Facade

I was so disappointed to not be able to actually go into Hogwarts. It’s just the entrance to one of the roller coasters. Major bummer for this nerd.

Plan For A Short Day (Or Two)

We chose to do two days since we had two passes. We ended up only spending around 4 hours each day in the park (we did Islands of Adventure the first day and Universal Studios the second). The parks are relatively small, and since our kids aren’t really ready for huge roller coasters, they didn’t take long to go through.

Since the parks close at 8:00 (or the did when we visited), it made sense to do a half day, then get some food. 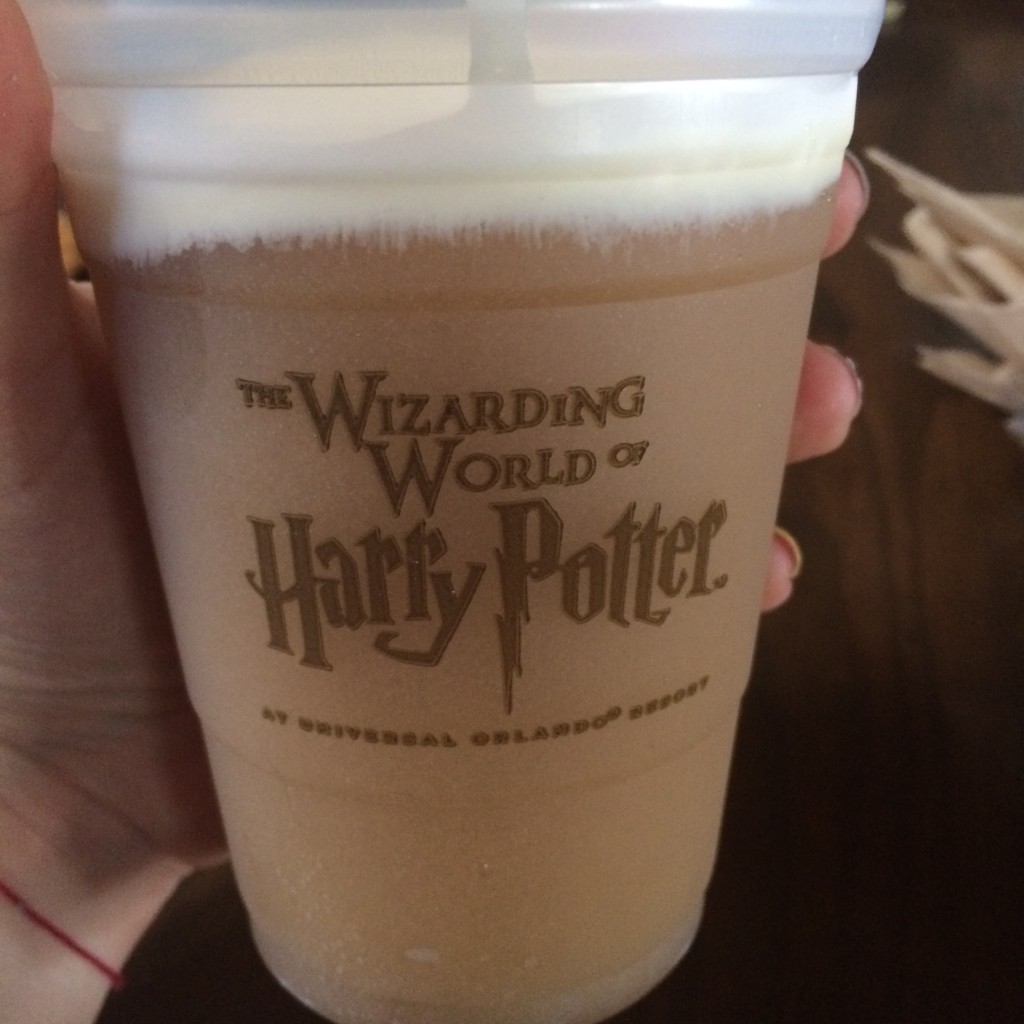 Eat Before The Rush

We made the choice to have an early lunch (11:00) at The Three Broomsticks, and I am so glad we did! We got our food, and found a table in no time. At 11:30, it got crazy and there were people standing with their food and nowhere to eat. Also, try the Butterbeer.

We had the same experience the second day when we chose to eat at Margaritaville in City Walk before seeing Blue Man Group.

Both of the boys loved the show, and it was silly, gross, and entertaining all at the same time. The music was awesome, and the show very much relied on audience participation. If you go, sit in the “splash” zone. We didn’t get paint on us, but there were some Twinkie bits that made me duck.

Although we had a good time, I don’t see us going back anytime soon. Between our two poor experiences with employees and the general feel of the park, it really wasn’t for kids.

Do you have any tips for the Universal Parks?