What is a Tabata Interval?

I am one of those people who prefers to take the shortcut to the store that may include a gang of bumps in the road, a million curves and probably a few pot holes then take the long road that is straight, no bumps and definitely no pot holes.

So when it comes to exercising, it’s not surprising that I would much rather do a 15 or 20-minute workout instead of an hour.

I look for the workout shortcut. Instead of doing 60 minutes on the treadmill, I do 30 minutes.

So you can imagine my delight when I heard about a style of workout called Tabata intervals a few years ago.

What is a Tabata Interval?

Tabata is basically the same things as high-intensity interval training. You just do it for a shorter period of time.

Basically, Tabata intervals take what you would do in 30 minutes and knocks it down to just 4 minutes with 20 second breaks in-between.

The Japanese use this method when training their athletes, and it’s actually a very effective workout, especially if you’re short on time or just don’t feel like doing a longer workout. 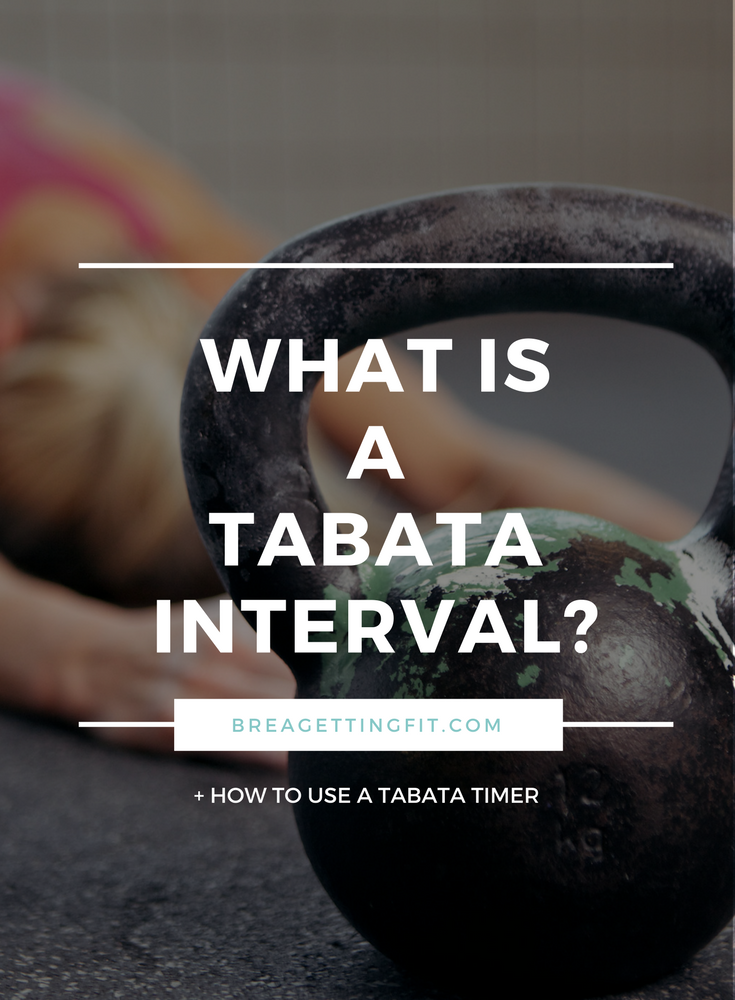 Tabata was all the rage in 1996 when Dr. Izumi Tabata, a physician and researcher, took two groups of people and put them in a exercise program for six weeks.

One group did moderate-intense exercises five times a day.

The other group performed the high-intensity exercise, also known as the 20/10 (20 seconds of all out exercise followed by 10 seconds of breaks done 8 times for a total of 4 minutes) workout.

At the end of experiment, the ones who did the Tabata exercise performed improved their aerobics well as anaerobic fitness levels.

The Tabata method was first used on runners but quickly caught on and is the method used some trainers as well as individuals as a means to not only train, but to get fit in the shortest amount of time.

Before I had children (bless them), I had energy. I used to get up early (really early) to workout, and I had time to cook healthy meals, and generally do whatever I wanted. Since having kids, I’m lucky if I get 8 hours of sleep.

The boys are my world, and while I wouldn’t change it, I definitely do not have a hour to myself to workout. Not unless I want to be used as a human jungle gym.

So I started researching short workouts, HIIT, and came across Tabata intervals. It felt like it was too good to be true. Kind of a magical workout unicorn in a sea of not enough time.

But I had to give it a try. I actually found my first Tabata workout on YouTube (go figure), and it was really fun.

I was out of breath and sweaty at the end of 4 minutes. And I’d burned nearly 200 calories according to my Apple Watch.

I highly recommend giving it a try at least once or twice (don’t be quick judge on the first try) and you may find this not only fits in with your busy schedule, but may even just fit in period.

If you want to do Tabata intervals, you’ll need a timer. Now, I’ve tried a number of different apps and the one that I haven’t deleted is called Tabata Timer anad is totally free. And all of the work is done for you.

The intervals are already there, and all you have to do is press play. 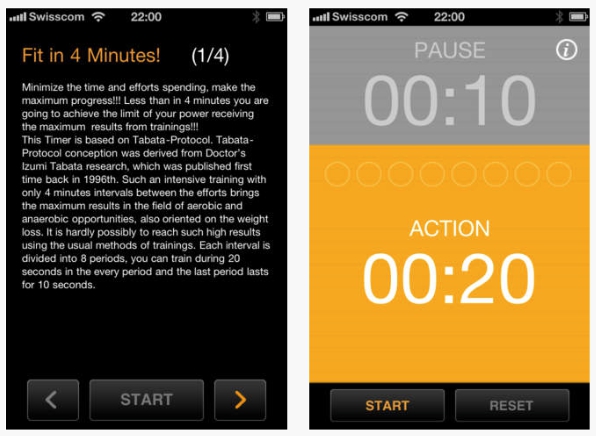 There is a Tabata time app from Google Play for Android phone or App Store (which is what I have).

Have you tried Tabata?