When You Don’t Know What To Say…

I had plans to publish a post about what happened when I did my Whole30 reintroduction today…but then life happened, as it often does. 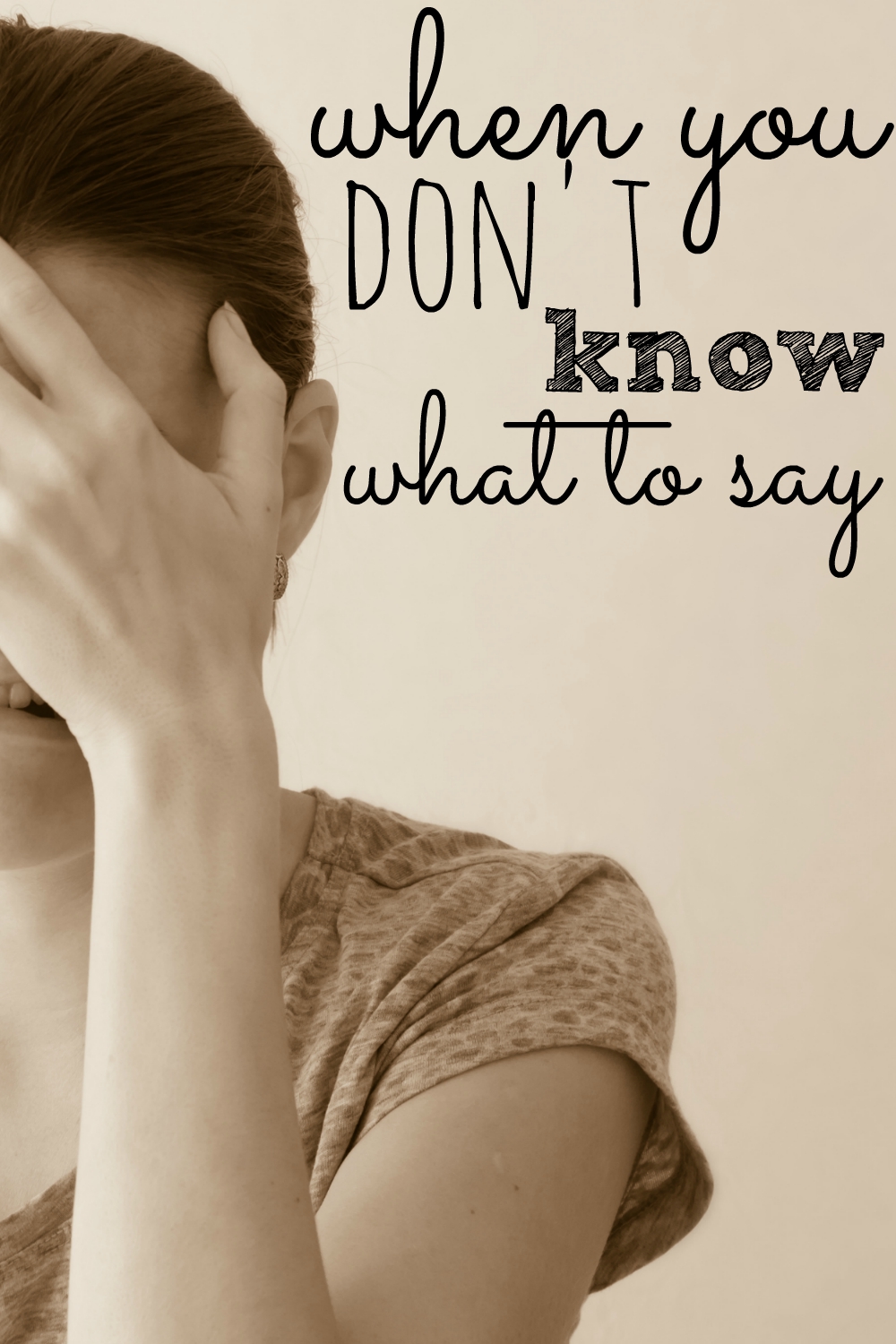 One of my dear friends lost her baby this weekend…he was the same age as Screech (a.k.a. The Baby), and I am still waiting for her to post and say he’s okay, even though I know he’s gone. And if I’m hurting this much…I can’t even begin to fathom the pain, heartache, and anger that she must be feeling.

I spent Friday night searching for answers, unable to sleep because every time I thought about her, I said a prayer of thanks that I have both of my boys here with me. I finally fell asleep early Saturday morning, only to wake up to a massive panic attack.

At first, I didn’t put it together, but then I realized that her tragic loss brought back so may emotions for me. And although I didn’t lose Smalls, all of the fear, anger, frustration, and the sheer lack of answers came flooding back.

I had to run into his room to make sure that he was there, sleeping soundly (and he was). As the weekend wore on, some amazing women banded together to do our best to show our love and support for this mama…but I know down deep in my soul it wasn’t enough. Because it never can be.

I know that what my family endured cannot hold a candle to the loss of a child, especially when the passing is so sudden, but I realized that if I don’t know what to say, likely you don’t either.

Let me tell you a few things that families in pain definitely do not want to hear:

It’s that last one that just kills me. Because the fact is, you don’t. There’s no way you could! Even parents whose kids are also battling Severe Aplastic Anemia don’t understand exactly how my family broke down and nearly disintegrated last year.

And you can’t possibly know what any other mama in pain is feeling, even if the circumstances are similar.

The fact is, the pain never really goes away. You just learn to live with it. Every time I see Smalls in his gymnastics class, or at a swimming lesson, or enjoying park play with his friends, a part of me says a prayer that it was a fluke. A mistake. That he doesn’t really have a rare disease.

And for now, Smalls is fine. And I’m glad that his disease is not currently active. We have months, or even years before we have to go through Hell again. But there are still people out there who feel the need to say  things they shouldn’t. Thankfully, my friends have been incredibly supportive and understanding, but there will always be a time when you just don’t know what to say.

Sometimes, it’s okay to not say anything. When Smalls got sick, my friends didn’t ask, they went into high gear to help us. When that precious little baby went to heaven, we didn’t ask, we collaborated to do what we could to help ease the burden in any way we could.

We never once said, “I understand.” Because we don’t. I don’t. I haven’t lived through it.

So the next time you have a friend in crisis, take a minute before you respond. Say a prayer or spend some reflection time, and instead of saying, “I understand,” don’t say anything, or better yet, take action. Ask what you can do to ease their burden, knowing fully that it will never be enough.