When I had the boys, I was determined to introduce them to more vegetables. I wanted them to get excited about new fruits and vegetables.

It was great…at first. Most of the time I think that I ended up hiding them, to be perfectly honest. Pumpkin pancakes, zucchini fritters, beet pancakes (you can get that recipe here), carrot “cake” muffins, peas in their macaroni and cheese, and now, freeze dried veggies in place of chips for an after school snack.

I know you get it. And if you have kids who willingly eat their veggies without complaint, tell me how you manage that!

I certainly was not a perfect child. Growing up, I wouldn’t say that I hated all vegetables…but I certainly had a definite dislike for a few. On the top of my torture list were Brussels sprouts (I am pretty sure my kids would say that zucchini is their least favorite vegetable currently).

But Brussel sprouts contain the fat-soluble, bone-loving vitamin K.  And I think that we should all eat them, at least every once in awhile.

But now that I’m more adult-y I absolutely love Brussels sprouts, which is great because they are so incredibly good for you. But I struggled to get my boys (including the hubby) to eat them. 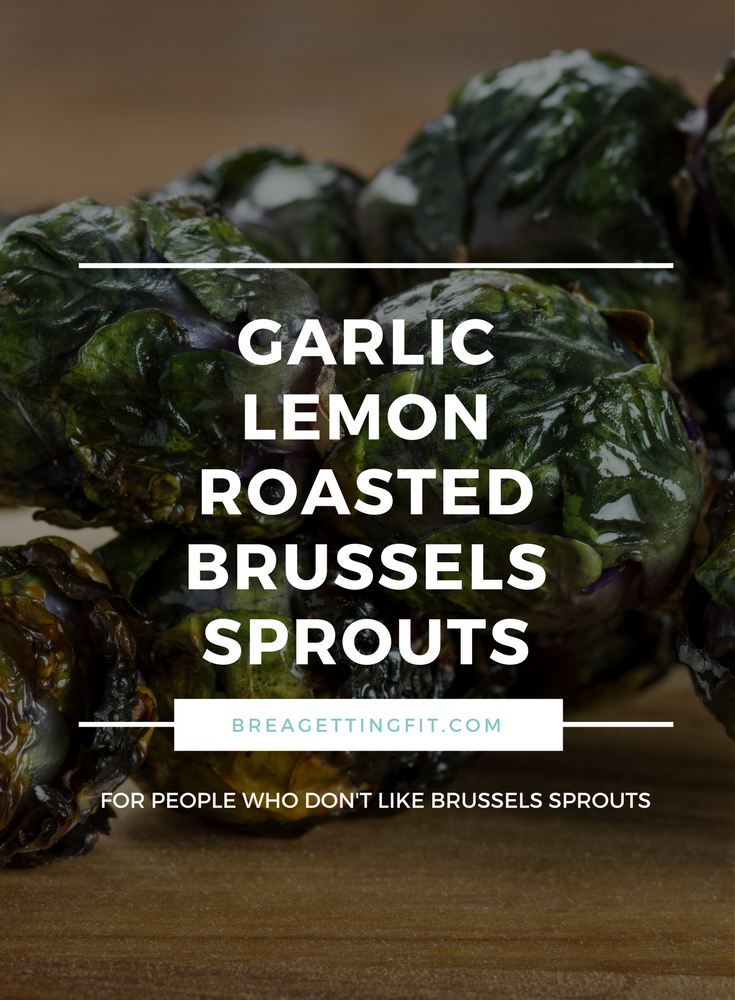 Until I started to experiment. I stopped just roasting them and started to add flavors to them. Not everything was a success. In fact, most of my attempts were total failures. But I decided that I wasn’t going to give up-not until everyone ate what they were served, darn it!

Over the weekend, I tried a new combination that had been a hit on chicken, because honestly, why not?

And guess what? Everyone cleaned their plates. The garlic lemon roasted Brussels sprouts were a hit!

Preheat your oven to 400 degrees. In a bowl toss your Brussels sprouts with the garlic, oil, and lemon juice.  Spread them out on a baking tray and lightly season them with salt and pepper.

Bake your sprouts for 15 minutes, toss, then return to the oven for 10 more minutes. They will get browned, and that’s good!

Brussels on the Barbecue

If it’s barbecue season where you are, you can actually grill your Brussels sprouts. To do this, you’ll need to destem and wash them, then use a soaked bamboo skewer to make sure that they don’t fall between the grates.

Mix together the garlic, oil, and lemon, then using a basting brush, coat your Brussels sprouts with your marinade. Pop them on over warm coals and turn them every 3-5 minutes. use the extra marinade and keep brushing them while they cook.

Serve your new favorite vegetable alongside your favorite protein to complete your meal.