Y’all. We had literally the most fun ever this past weekend. We attended Hallowe’en at Greenfield Village in Dearborn, MI, which is basically a Hallowe’en party that involves literally thousands of jack-o-lanterns, themed buildings, a “ghost bridge” and lots of candy. And a headless horseman. Skip to the DIY Halloween Glow In The Dark Soap recipe.

Their favorite thing was Edison’s workshop all lit up with a mad scientist vibe. I’ll admit it was pretty cool.

My favorite thing was watching their faces as they examined literally every.single.pumpkin.

There were oohs and ahhs, and lots of plans for our pumpkin carving that happened the next day. When we finished (at about 10:00 p.m.) we were all pooped and ready to drive home.

And the kids were sweaty, dusty, and in desperate need of a bath (this is our favorite layered massage soap!). Like Whoa.

But (of course), when we got home at close to midnight, Ish and I decided that bathing could totally wait. Because they were both passed out.

The next day, I told them to hop in the shower and discovered that they were miraculously out of soap. I’d planned to make more soap next weekend, but that plan obviously got pushed.

So instead, I bundled them back up and sent them outside with Ish to carve pumpkins so that I could make the soap of my dreams: glow in the dark ghost soap. 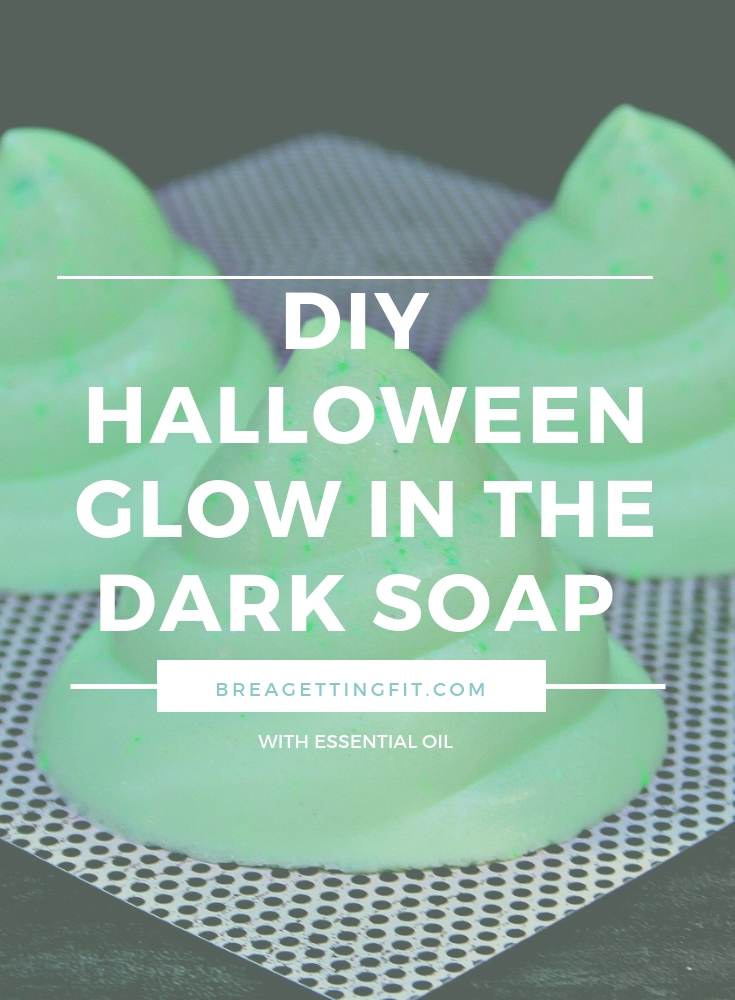 When the kids finished up their pumpkins, they came in and wanted to know what I was making, and they were beyond thrilled that they would get “ghost” soap. This Halloween soap is a perfect addition to any and every household.

Thankfully this recipe sets pretty quickly, so they were able to bathe with their new soaps by afternoon.

Bonus: These soaps totally remind me of Slimer!

This recipe makes 6 ghost soaps. If you need more, you’ll want to work in batches.

Ingredients For DIY Halloween Glow In The Dark Soap

Directions For DIY Halloween Glow In The Dark Soap

Gather your ingredients, along with two microwave-safe bowls

or measuring cups (one small bowl and one medium bowl will work), or a double boiler if you’d rather not use the microwave.

In one bowl, add the jojoba oil and marjoram essential oil, then set aside. More drops will produce a more fragrant soap. I lean on the side of fewer because my boys are little, so I only used 12 drops of essential oil total. 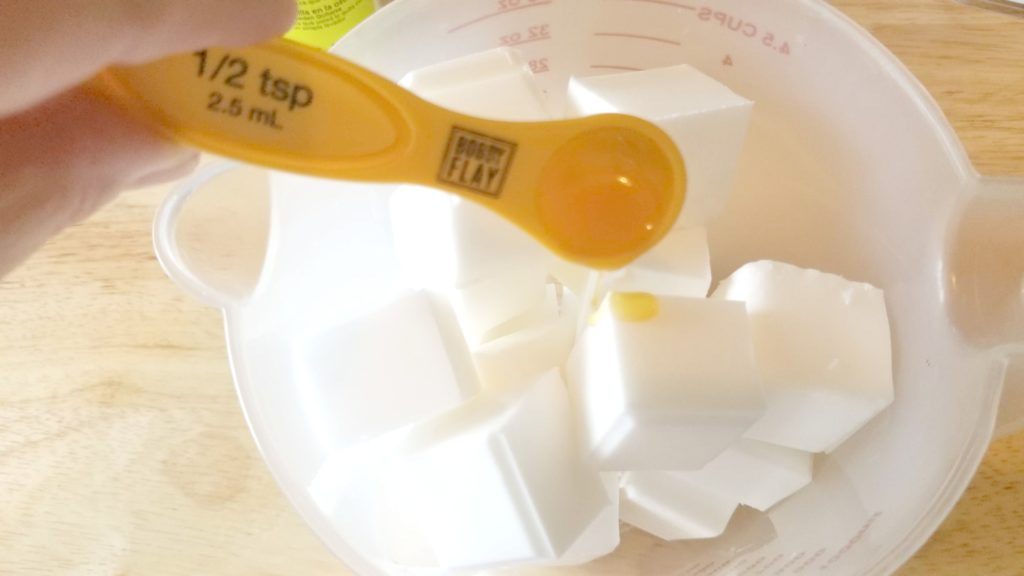 Add 24 cubes of your soap base to the medium bowl, or your double boiler. Melt your soap base slowly (30-second intervals in the microwave), stirring often until the soap base has completely melted. 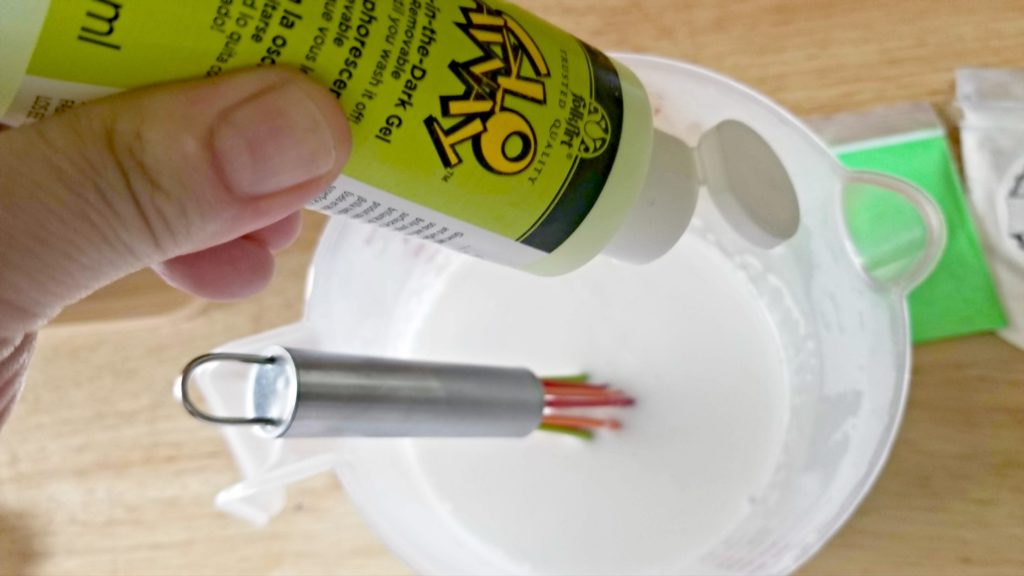 Add in the white mica powder, the glow-in-the-dark powder, and the gel paint. Gently whisk the ingredients until they’re fully incorporated. 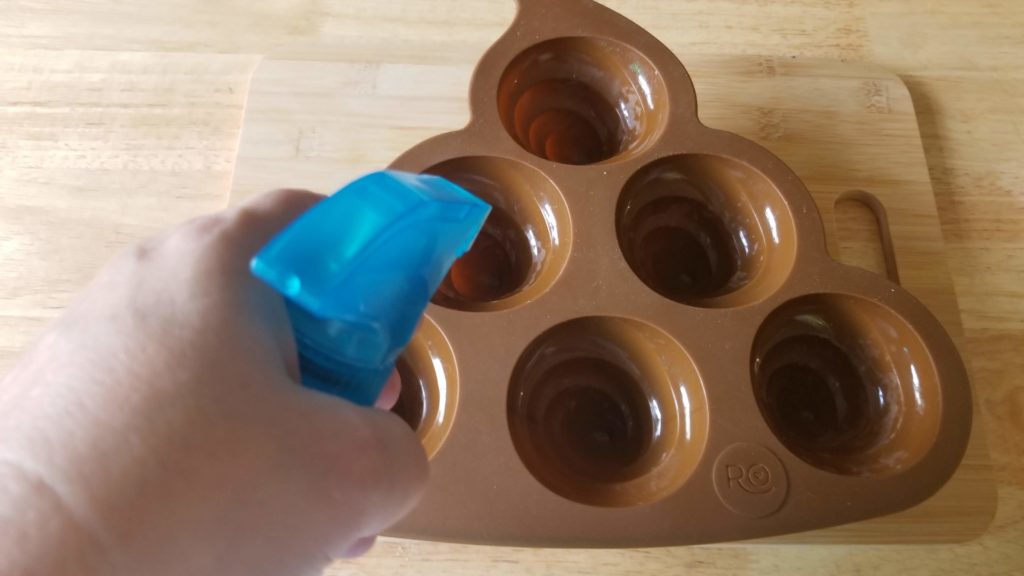 Spray bottom of your silicone soap mold with rubbing alcohol.

Sprinkle a bit of the mica powder into the mold and allow the alcohol to dry a few seconds. 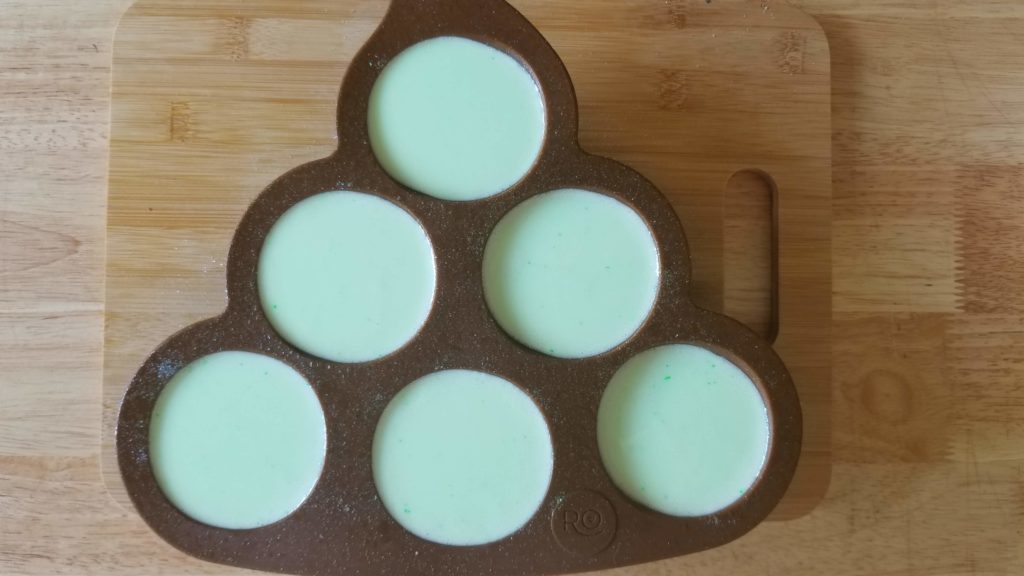 Carefully pour your soap mixture into the molds.

Using your rubbing alcohol, spray the top of each soap to prevent bubbles from forming. 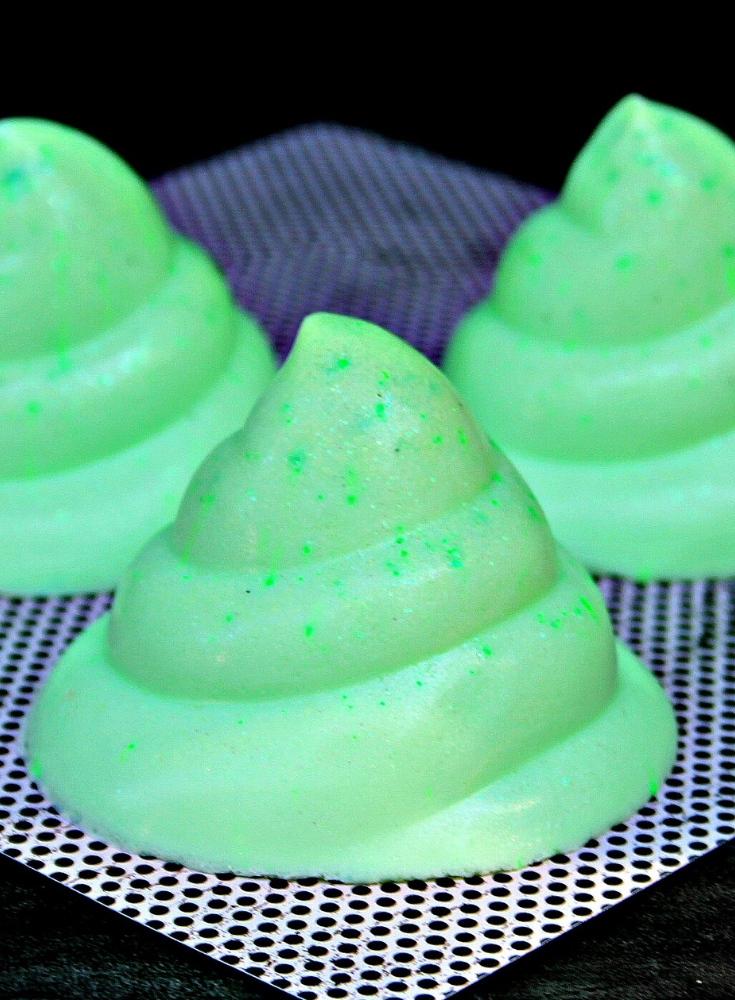 Allow your soaps to harden for at least 2-4 hours.

If you’re not sure they’re solid, gently blow on the soaps. There shouldn’t be any ripples when the soap is done.

If there are ripples, allow them to harden for a bit longer and try again.

Carefully release the soaps from your mold and store them in an airtight container until you’re ready to use them.

Or you can place a soap directly into the hands of your waiting kids. Whatever works. Also, take a second and check out my massaging shampoo bar, it is epic!

Have you used glow-in-the-dark soap before?