Y’all may remember that my mom is awesome. Not only because she’s my mom, but also because she got me an Instant Pot for my birthday. Which totally made turning 30-something worth it. I’ve been using my Instant Pot for a little over a month now, on a very regular basis. 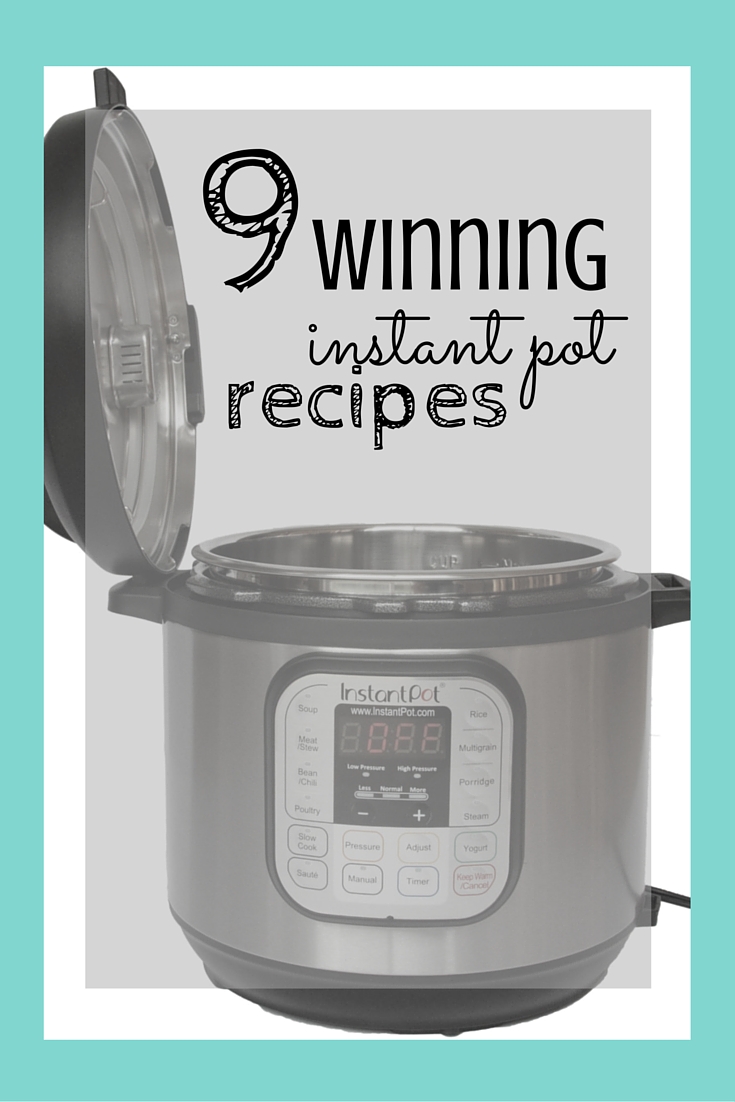 So far, I’ve used it as a pressure cooker, rice cooker, and slow cooker. I love it. Absolutely LOVE.IT. I was actually a little surprised when a Facebook friend posted “What’s an Instant Pot?” on an Instagram share yesterday.

So let’s start there, shall we?

What Is An Instant Pot?

An Instant Pot is an electric pressure cooker. But wait! There’s more! It’s not the same type of pressure cooker that you’re used to-for one, the Instant Pot isn’t a stovetop model. And it has a number of built in safety features (10 to be exact!) to keep it from exploding.

Which is a good thing.

No one wants to blow up their kitchen.

According to Instant Pot, it can replace SEVEN kitchen appliances:

Now, I didn’t have most of those appliances, but I was able to get rid of my yogurt maker and my crockpot (or actually Smalls helped with that). I’m considering donating my steamer basket as well.

The Good And The Bad

When my aforementioned crockpot broke thanks to a super helpful Kindergartener, I was looking to replace it…but I had been eye the Instant Pot for awhile. And, thanks to Konmari, with every new purchase, or acquired item, I try to weigh the pros and cons of bringing it into my home.

As I stated before, I am able to use my Instant Pot as more than just a pressure cooker. I’ve also used it as a steamer, warmer, rice cooker, stir fry pan, and a slow cooker. Obviously, I get a lot of use out of my Instant Pot! I have been using it at least 2-4 times a week consistently.

The only thing your food comes in contact with is the inner chamber, which is solid stainless steel. I love this. I’m not a huge fan of teflon or non-stick. And it washes up extremely easily (and it’s dishwasher safe).

When I use my Instant Pot, I know that dinner is going to cook much, much faster. I can make carnitas in less than an hour, and they’re amazing.

I’m a big fan of freezer meals. Sometimes I just don’t have time! Or I forget. Earlier this week, I pulled my chicken soup out of the deep freeze…at 4:00 p.m. Dinner was on the table by 5:00. Less than an hour from a solid brick to delicious soup.

As I mentioned, the inner chamber is really easy to clean, but so is the exterior-just wipe it down with a dust rag.

I love this feature! I leave to pick up Smalls from school at 3:00 every day. We’re usually home by 3:45 p.m., but that doesn’t leave a lot of time to get him a snack, get dinner started, and pick up before Ish gets home. I can load the Instant Pot in the morning, and set it to start anytime in the next 24 hours. It’s awesome.

Sure, you can pick up a 6 quart crockpot for around $20.00…but it’s not going to be programmable, and it certainly isn’t going to take up minimal cabinet space. I was able to find an Instant Pot for 50% off on sale here.

Y’all, I could go on and on and on. I love this thing. But that doesn’t mean it’s without it’s setbacks.

The Instant Pot retails at around $220.00, which is a lot for a pressure cooker. But you can find it deeply discounted (around $115.00) right now. Yes, it’s a large investment, but if you want to save time and downsize your kitchen, its worth looking into.

A stovetop pressure cooker usually registers around 15 PSI while the Instant Pot registers between 10 and 12 PSI. This is actually fairly common with electric pressure cookers, and nothing to be concerned about. What it means is that you may need to add 5-10 minutes to your cooking time.

There’s always a bit of a learning curve when you get a new appliance-and the Instant Pot is no different. There are some great Facebook Groups, like this one, that have been a great resource for me. I also recommend that you read your instruction manual before diving in.

Granted, I’ve only been using my Instant Pot for a month, but I’ve come across (and created) some amazing recipes that the boys continually ask for. I also relied heavily on my fellow bloggers-they’ve been there, done that. While I have yet to “screw up” a recipe (I’m not really sure how that could happen, quite honestly.), it’s comforting to take direction from those who know more than myself.

I ended up getting this version of the Instant Pot (7-in-1), and I love it. Yes, I got a killer deal, and if you want to save even more, you could buy the 9-in-1 and get it for about 50% off (it’s last year’s model without the slow cooker capability). I use it at least 2 to 3 times a week, so by now it’s more than paid for itself in both time and the actual appliances that I was able to either sell or donate.

I waited a long time to pull the trigger on this one-and honestly, if my mom wasn’t so awesome, I may still be pining for it. I’m really, really glad that I have an Instant Pot.

…and I wish I hadn’t waited so long! And yes, this is not a kitchen must-have, but now that I have it, I love, love, love it.

Have you tried an Instant Pot?