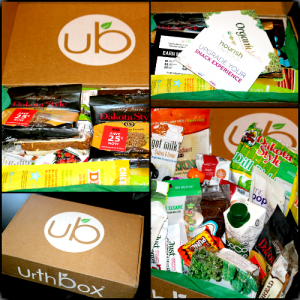 I have a soft spot for subscription boxes. It’s a problem, I know…and if they contain food? Well, I’m always game to try new things…especially if they are tasty and delicious.

When I was approached to try an Urthbox, of course I jumped at the chance. Free goodies? To eat? SIGNMEUP! When the LARGE Classic Urthbox (valued at $37.99) showed up…

It’s A Lot Of Snacks!

It was quite literally packed to bursting. I should have counted how many treats were in the box, but it got attacked by my husband and nearly 5 year old. Because I don’t feed them. EVER. It was like they’d never seen food before in their lives! Which gave me no end of entertainment, obviously.

ediately grabbed the soft-baked banana bread biscotti (by Marlo’s) and devoured it. He also tested the Coco Libre Pinapple Infused Coconut Water…and said that it would be better cold. I have to admit I laughed a bit.

He isn’t a huge coconut water guy, so I’m not surprised. I tried it, and though it was good! It was awesome chilled after my workout the next morning. But I’ve been a Coco Libre fan for awhile.

Another huge hit was the kale chips. We got to try 4 varieties (at least that’s what I’m telling Smalls). We actually got 3 packages of kale chips (1 regular and 2 cheesy) and then a package of Dipper

Smalls can pack away the snacks. He eats like it’s going out of style. He loved the Dipperz. My kid ate them ALL. I got 1 cheesy bite (what I did taste was fantastic). ONE.

I feel like I need a tee shirt: I got an Urthbox and all I got was a few pity bites.

It’s been less than a week and all I have left is one bag of Chick-A-Peas…and I’m not telling you where I hid them. Ish and I are discussing making Urthbox a monthly thing. It was that big of a hit. 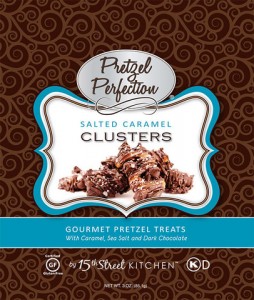 I did get to try a few things (Okay, okay…I hid them so they wouldn’t get devoured by the boys! Sue me.), the first thing I opened were the Pretzel Perfection Salted Carmel Clusters. HOLY. WOW. Talk about tasty!! These were absolutely delicious. And you know what? I didn’t share.

Though they were melted into a blob of goodness, I could definitely become a huge, huge fan. Carmel, pretzels, sea salt, and dark chocolate? YES. PLEASE.

They boys were on their fourth bag of snacks by the time I found this in the bottom of the box (slightly melted…not anyone’s fault but the Texas heat!), so I called it fair.

I really wanted to try those dill pickle chips! 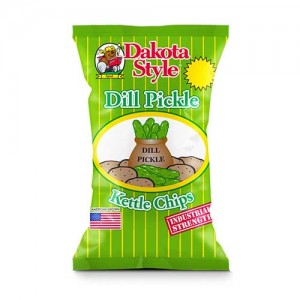 I liked that there was a good mix of sweet and salty snacks. We actually took quite a few of the snacks on our hiking trip this weekend, and were very thankful to have them!

I like everything that I tried…except the Fuel for Fire packs. In fact, not even Smalls was a fan. It was just…odd. But I’m sure that there are people out there who love it. It’s just not for me.

I loved the P’Nut Punch, it was sweet and dense, just what I needed to give me a much-needed burst of energy. Ish and Smalls demolished the Mr. Popular and I’m pretty sure that they were trying to finish first not because of rivalry but because of tastiness. I will be on the lookout for more of these, for sure.

I was (pleasantly) surprised by the amount of high-protein snacks that were in the box. It was almost like they knew we needed hiking fuel!

I really enjoyed the Go Nutty and Lemon Toffee Pretzel Sticks. They were both slightly salty, and just downright awesome. I am on the hunt for some Go Nutty here to stash in the diaper bag. Because, why not?

OH! The bacon sunflower seeds? GET YOU SOME. They were awesome. All of us (The Baby included, thanks to Smalls’ generosity) polished these off. I tossed them on my salads for a few days, and the boys ate them plain. The bacon flavor was subtle, but definitely there. 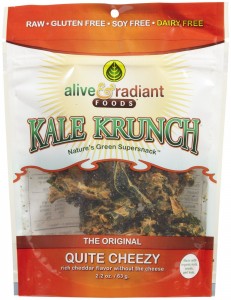 I adore this feature. Seriously. There are a lot of food subscription boxes out there, but a lot of them have no size choices. You get what you get. With Urthbox, you can pick the box that best fits your situation. They have 4 (FOUR!) sizes of boxes:

Urthbox isn’t one-size-fits-all. So if you have a special diet, or are just plain picky, they likely have a box to fit your needs. According to their website, they offer the following boxes:

With the box we were able to try,  I would say the cost is worth it. I probably will never use the Urban Remedy Gift Card (Want it? Leave a comment below and I’ll choose someone to send it to!), but that really doesn’t diminish the value much, since without it our Urthbox was still valued at $20 over the cost of the subscription.

The best part, though? Smalls happily snacked on non-GMO, fruit-veggie-protein-packed, healthy, delicious snacks. And he thinks he’s getting away with something, which is fine with me!

Sounds delicious, doesn’t it? If you would like to try an UrthBox use the code CRUCHWEEK for $10 off your box!

The Best Subscription Boxes for Women

9 Filling Foods To Help You Slim Down