Smalls absolutely loves LEGO®. Maybe more than he loves me. And that’s saying a lot. The kid always picks LEGO brick sets as prizes when he visits Texas Children’s Hematology Clinic after his poke and Pentamidine. I’m pretty sure that we have enough LEGO bricks to build a replica of NYC….

At least he comes by it naturally! My brothers and I used to play with LEGO bricks for hours upon hours. We built entire cities in our rooms. It was a fun time, and I am excited for my boys to carry on that tradition.

So when I heard about LEGO KidsFest Austin this summer (which, admittedly, is a bit of a drive, but one of my favorite cities!), I knew that I had to take him. Last year, he wasn’t able to celebrate his birthday beyond a few cupcakes. I want this year to be special.

From September 4-6, 2015, LEGO KidsFest will bring all of the creative hands-on, minds-on fun of LEGO building and experiences together in one activity-and entertainment-packed family event for children of all ages, and builders of all skills and interests.

If you’ve never been to a LEGO exhibit, you’re seriously missing out. At LEGO KidsFest, there are quite literally three whole acres of LEGO themes:

As if that weren’t enough, there are lots of things to DO, as well:

LEGO KidsFest Austin is going to be hosted at the Austin Convention Center, which is a great space: 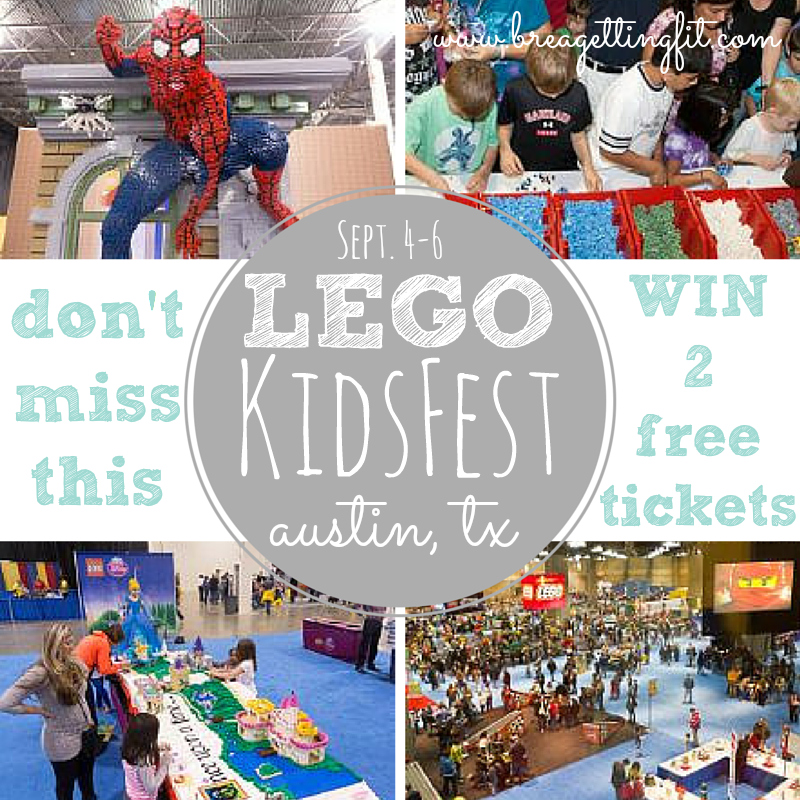 Want to join me?

The winner will be randomly chosen by USFG on Thurs, July 23 and announced here on my Blog (and notified via email):

If you want to go to this event, please, please get your tickets now. This event has sold out in previous cities because it’s awesome. What kid doesn’t love LEGO? And you’ll have a ball with all of the awesome exhibits, build opportunities, and attractions.

This is definitely something you won’t want to miss, so buy your tickets now before they’re gone.

4 Ways To Ensure Your Kids Are Eating Healthy