Yesterday I made one of our favorite dishes, Zuppa Toscana. For those of you who don’t know, Zuppa Toscana is a soup that was made famous by that big Italian restaurant chain. But their version involves heavy whipping cream and flour to thicken. Not good. Skip to the zuppa toscana recipe here.

And not allowed when you’re following the Whole30.

Before going paleo, before Whole30, it was something that I ordered without thinking. And y’all. I missed my Zuppa Toscana! So I set about trying to make it myself. At home. 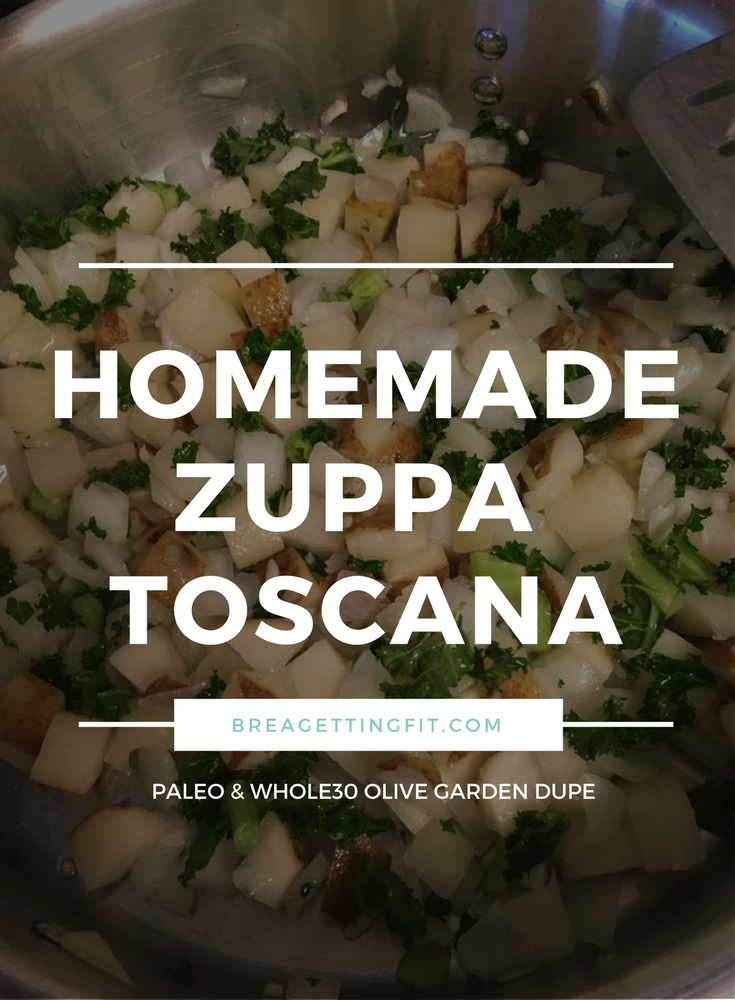 The first few times were a total flop. I tried swiss chard, spinach, and then, I tried kale. Y’all. Kale is what makes this recipe. Or it might be the bacon. Or the Italian sausage…

I think that’s what makes this soup so seriously delicious. It has all of my favorite things. Probably some of yours, too. And it’s one that I can make and know that my boys-all of them-will devour. Smalls had thirds of this deliciousness last night.

This recipe makes enough to feed all of us (a few times), and there were leftovers to send with Ish for work today. 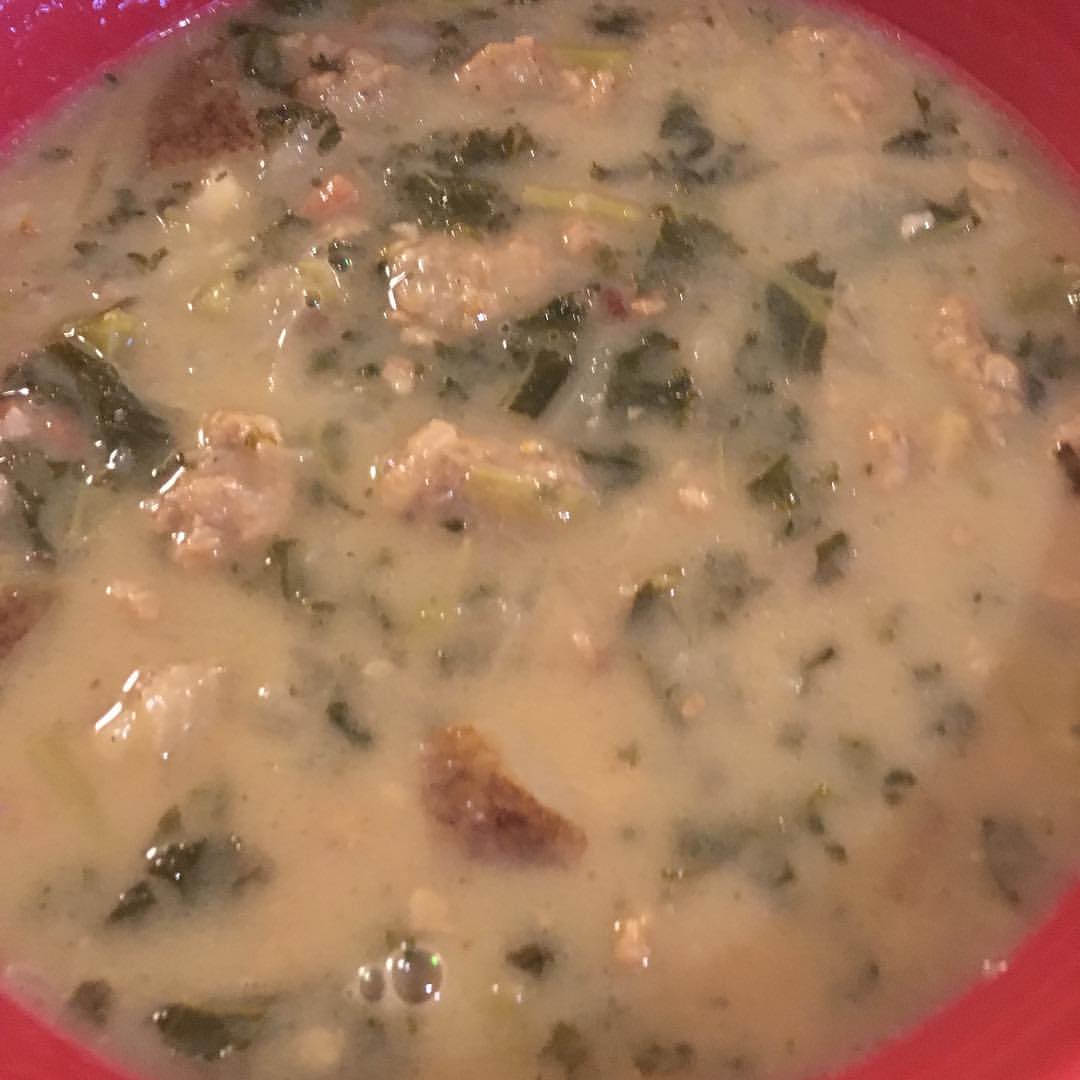 Heat a dutch oven over medium heat. Once the pot is warm, add your lard. Add your sausage, and brown, breaking into bite-sized pieces. While you’re doing this, if you don’t already have bacon cooked up that you can chop, now’s a great time to bake your bacon.

Next, add the onion, potato dices, bacon bits, and garlic to the pan. If you’re like me and you chopped everything up on the same cutting board, you may end up with a bit of kale at this point. That’s okay.

Saute your vegetables until your potatoes are begging to look soft and your onions are translucent. Add your bone broth (I used beef bone broth), and deglaze your pan. Bring your soup to a boil, then reduce it to a simmer.

Cover your soup, and allow to simmer for 20-30 minutes, until your potatoes are cooked through. Then, add your kale and the coconut milk to the soup. Stir to incorporate and serve.

The whole process takes less than an hour, and there are only about 15 minutes of hands-on time involved. For us, that’s a winning dish. I can get everything cooking and then go help Smalls with homework and The Baby with his coloring (making sure he’s not coloring the walls, because that’s not good!).

If you’re feeling industrious, you can use the rest of your chilled coconut milk to make my 3 Ingredient Chocolate Mousse for dessert.

If your kids are helping, they can chop the veggies, destem and chop the kale, and help you measure the bone broth.

My boys have their own cooking knives that are made of nylon but work perfectly for chopping vegetables and other items.

A Note About Freeze Dried Foods

You may have noticed that I’ve been using a lot of freeze dried foods, and that’s not on accident! I discovered ThriveLife last year, and am seriously in love with how much money saves us. Think about all of the green onions you throw away or the carrots that go limp sitting in your crisper. What about the stalks of celery that end up in compost?

Instead of wasting produce, I’m able to use just what I need. That not only allows us to save more, but my grocery trips are less frequent because I don’t need to run and get fresh fruits and veggies all of the time. Plus, my kids love to snack on English peas and green beans. WHAT?!

If you’re interested, go here and check out the awesome selection. You are going to love it.