Happy Tuesday, all! I have to say, allergies suck. Don’t you think?

SO. I’ve been suffering for the past WEEK with the most infuriating allergy attack known to woman. Seriously. You don’t want to know what I’ve been going through. It’s awful. 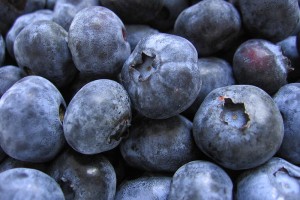 Getting It ALL Out

AND, it’s prompted me to do a cleanse. That’s right, y’all. Brea is going to cleanse the crap out of her system. It’s the only way. I’m dying here.

So I start…TOMORROW. And while my cleanse is not traditional, it’s going to involve a lot of juicing, protein shakes, enzymes, smoothies and soups. I love soup. In fact, tomorrow night I’m going to make curried lentil soup. YUM (assuming that it turns out)!

So…I’m cleansing and getting my body back on track for the next month (why is a whole other post, coming later this week). I’ll keep you posted.

Speaking of juice…well, sort of juice…

We’re going through a ‘DO NOT USE THE SPOON, MOM’ phase. Much to my dismay, he won’t eat anything if he can’t throw it on the floor, either.

And while I love the fact that he’ll eat it off the floor (pardon me while I shudder), I’m certainly not going to allow it.

Not even in my spotless kitchen. SO.

Smoothies it is. His current favorite? Blueberry oatmeal.

Combine the yogurt and oatmeal in the fridge for about an hour before you plan to make the smoothie (you can skip this step, but it makes the oatmeal blend in and not be so…chewy).
Then simply combine everything in your blender (I LOVE my Vitamix-less than a minute of tantrums before I can hand him his smoothie). Enjoy!