Can you believe Christmas is only a few days away? I know! I’m still in total denial that I’m going to have to stop listening to Christmas music on January 8th (if you grew up Catholic you’ll totally understand)  We’ve got the presents all wrapped up, though The Baby (who is now 3!!) did a test run on the unwrapping yesterday. It took him less than 3 minutes to totally decimate all of my hard work.  Skip to the paleo apple cinnamon oatmeal recipe here.

This is why I cannot pee alone, y’all!! Don’t worry-all of the presents have been wrapped up again and returned to their rightful place under the tree. The boys and I came to an understanding so that this would not happen again: anyone who unwraps a Christmas present gets on of theirs (if it’s not their present) returned.

And that brings me to this morning. The boys were tired of eating their beet pancakes (and really, they’ve been eating them for almost a month because they freeze so well), so I decided to make some oatmeal.

But not just any oatmeal…paleo apple cinnamon oatmeal.

Mostly because I had some cinnamon sticks laying around a few Honeycrisp apples that needed to get used. Plus, I can have the kiddos help with the process. They both love feeding apple slices into the food processor. I mean, I get it. It slices things up like nobody’s business.

Plus it goes fast and makes a fun noise. I mean, it’s really a cool machine. According to my kids. But enough about me. Try this for breakfast tomorrow (you’ll be a total hero, I promise!) 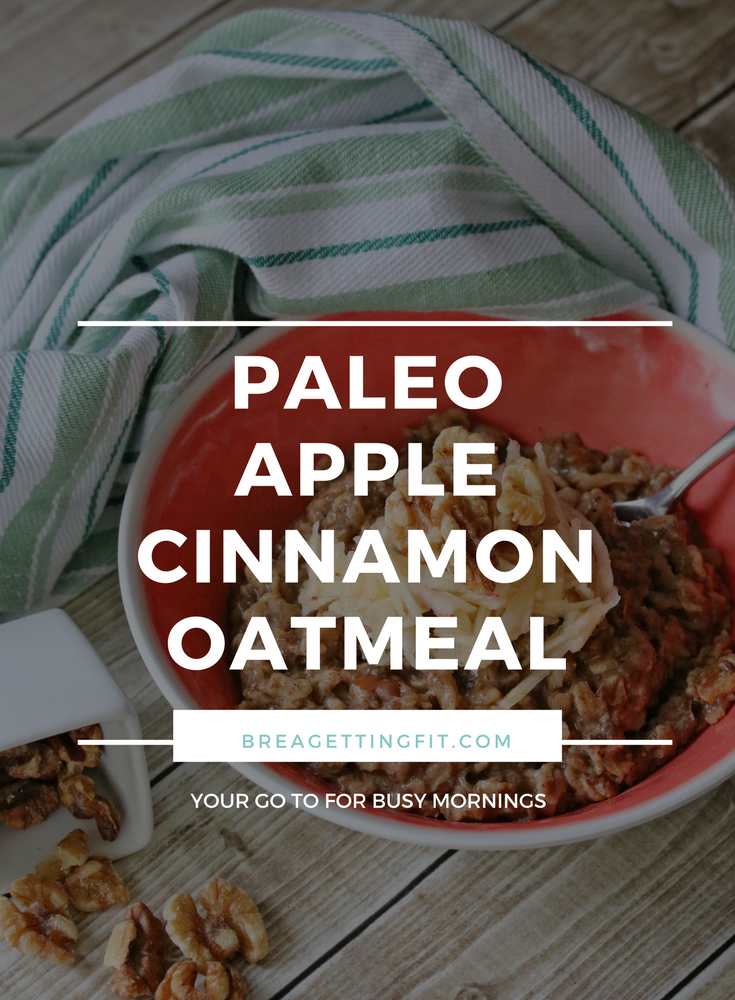 Preheat your oven to 300 degrees.

In a small pot combine the rolled oats, chia seeds, your choice of milk, cinnamon, and dates.

Heat your oatmeal over medium heat for 6-9 minutes until it comes to a full rolling boil.

Reduce the heat to a simmer and add the apples.

Remove your oatmeal from the heat and allow it to thicken (about 10-15 minutes).

While you wait, spread your walnuts on a baking sheet, and toast them in the oven for 5-8, minutes or until they start to brown.

Remove them from the oven and allow them to cool slightly. You can leave them whole or roughly chop them. I do both depending on my mood.

Stir the maple syrup into the oatmeal, spoon into bowls and top with the toasted walnuts.

This is such an easy and hearty meal. If you’re feeling lazy, you can toss everything into the Instant pot except the walnuts (those are still best toasted in the oven) and set it on “soup” on the lowest setting.

As is, this recipe serves the 4 of us very ample bowls, but you could easily halve it for fewer people. 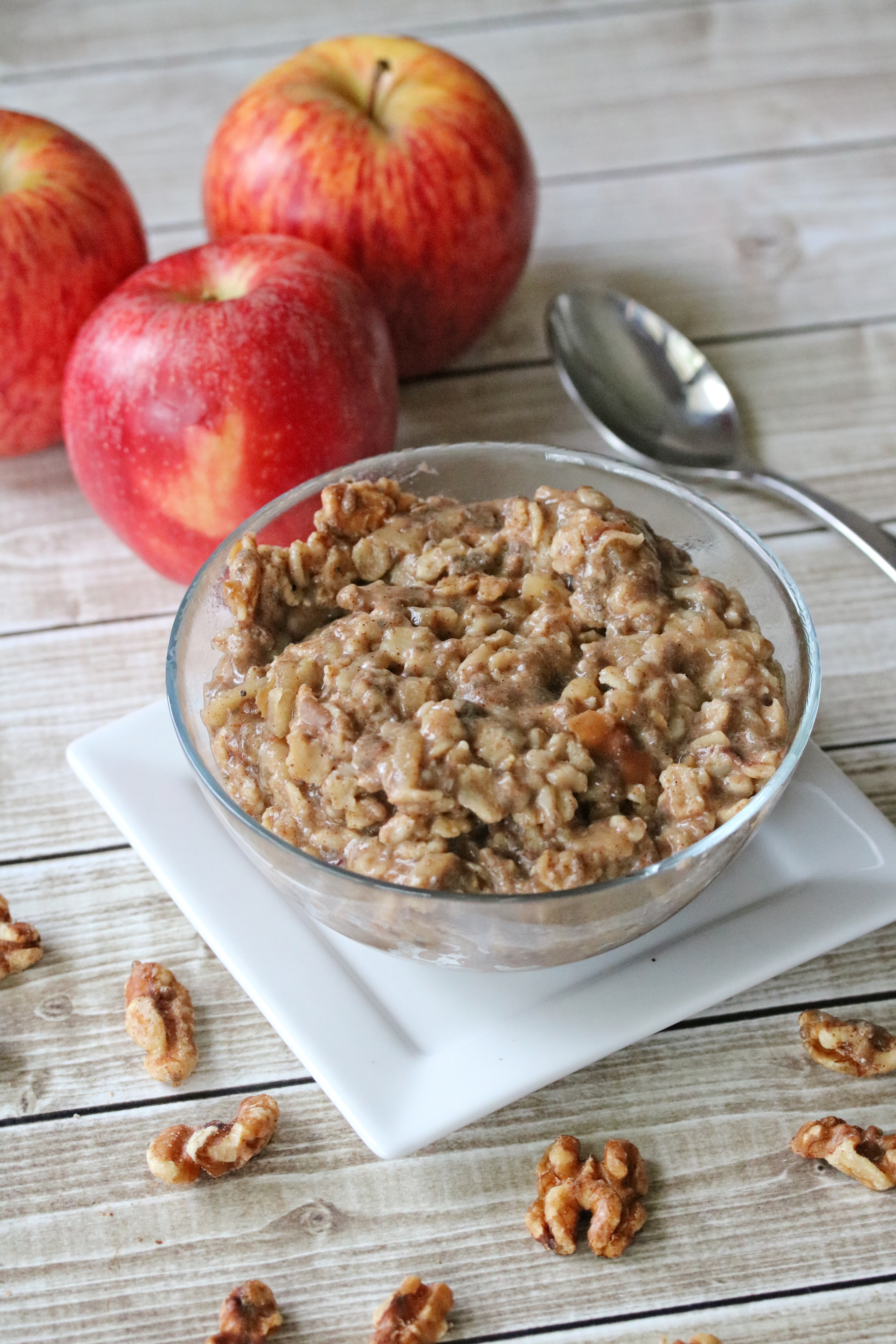 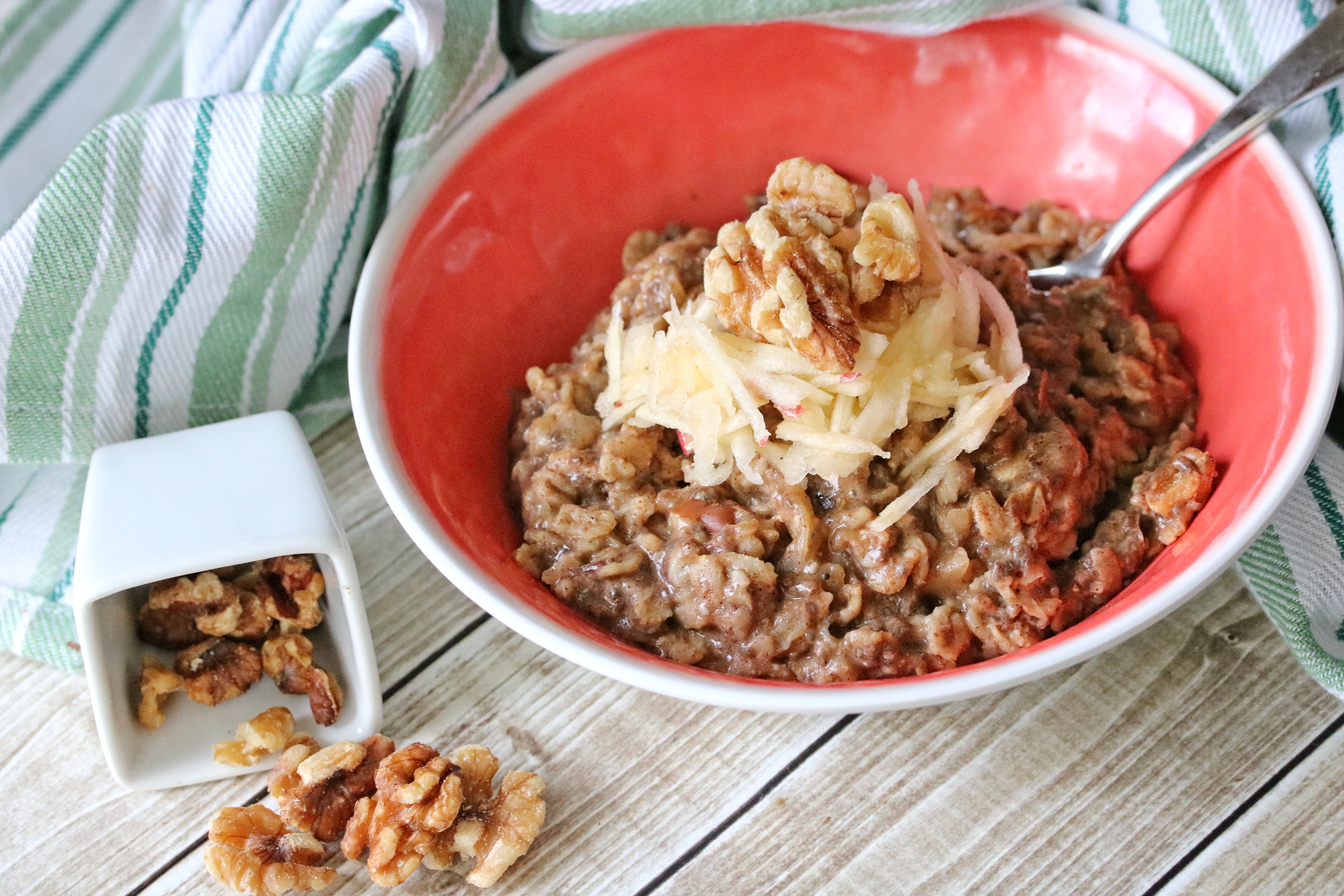 Will you make this Paleo Apple Cinnamon Oatmeal Recipe this Christmas?