When All You Have is 15 Minutes: Workout Band Review

So far this year, I’ve been focused on just getting through the day. Let me tell you, it’s not easy. Last night alone, the baby was up no less than 7 times…which meant that I was also awake. He’s cutting teeth, which means sleep is overrated because, well, I doubt that his little teeth are the most comfortable thing in the world. I mean, who wants sharp little razors cutting through their gums? NOTHANKYOU.

Obviously, I’m short on sleep, and I’ve been working my tail off for a new project (YAY!). But, that means that my time is scarce. I’m lucky to get in bed before 11 most nights, and the other day I realized that I didn’t even schedule in a workout. How does that happen? 24 hours in a  day and I managed to work 5 of them, clean for 2 of them, play for the rest of them (with my boys)…but I couldn’t find even 15 minutes to get my workout on.

I wrote an article at the beginning of the year about saying YES whenever I could. So far? I’m managing okay with this…except where my workouts are concerned. That’s a problem. So I’ve been trying really hard to focus more on myself…which is hard between homeschooling, doctors appointments, and having 2 small children…one of whom has decided that he prefers to stand and cruise around.

Back to exercise. So. I decided that I needed to say “yes” more this year. Right. So when WorkoutBands.com contacted me to test their products, of course I said…’yes’…then I realized I would actually have to workout. Oops.

How I Became A Human Jungle Gym

Apparently, workout bands look like a LOT of fun to both of my boys. Of course they do. They’re brightly colored “rubber bands”. I quickly figured out that I needed to put the baby down for a nap so I would just have to deal with Smalls during my quick workouts. 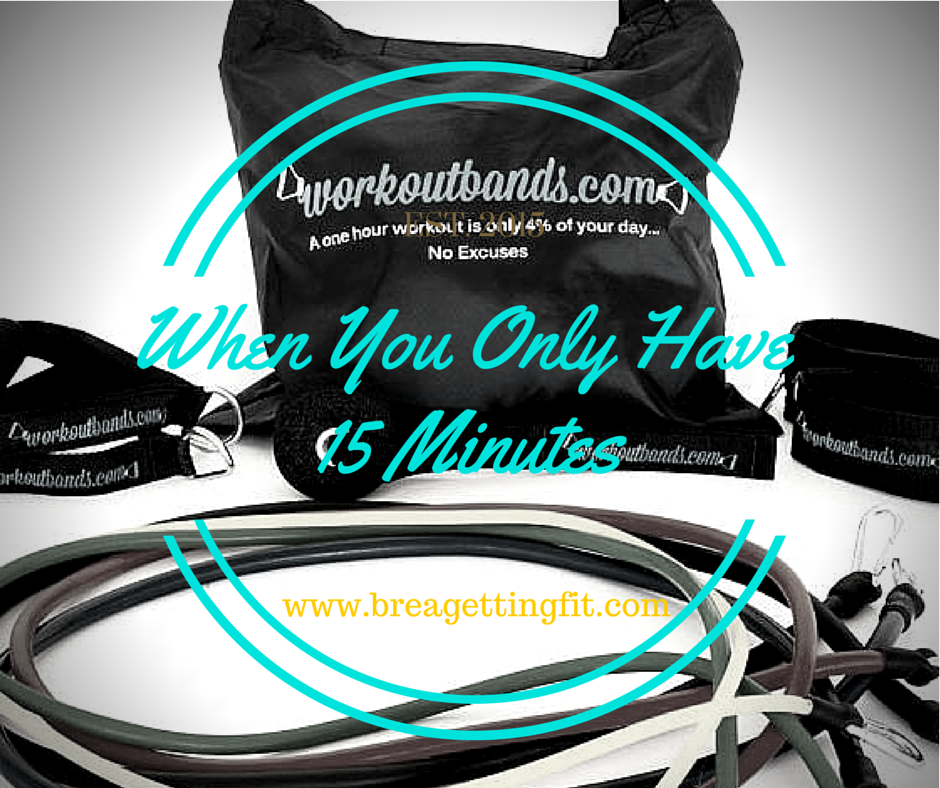 The company included a printout of a full body workout right inside the bag, so I just went with that. I have to say, these bands are pretty great. They didn’t have that gross smell that I’m used to (apparently, I’ve been using some pretty cheap bands). I also love that each band has a clip at the end, and you can attach as many bands to the handles as you need.

I was able to test the bands, as well as the door stay and the ankle attachments. I really, really love the adjustability, and I love, love, love that I can give Smalls the lightweight band to play with and he only climbs on me 3/4 of the time…instead of all the time.

So how did I become a human jungle gym? Well…I was doing donkey kicks with the bands (KILLER for your butt, ladies!) and I guess that Smalls picked that moment to use me like a bench…then a swing…then he wanted to fly. Voila! Human jungle gym.

It’s a mom thing. If you want some workout bands of your own, check out the great sale going on right now!

Tara Stiles: This Is Yoga Review