I wrote a rather popular article on essential oils and eczema a while back. Maybe you’ve read it. It gets over 1,000 views a day, and it’s one of the top performing articles on my site. And I’ve gotten overwhelmingly good feedback…that is until yesterday. Yesterday, someone left a comment to the effect that lavender essential oil was a hormone disruptor.

But it’s not. And you know what? I actually have the science to prove that little statement. We’ll go over the nitty gritty in a minute…but before we do, let me be clear: 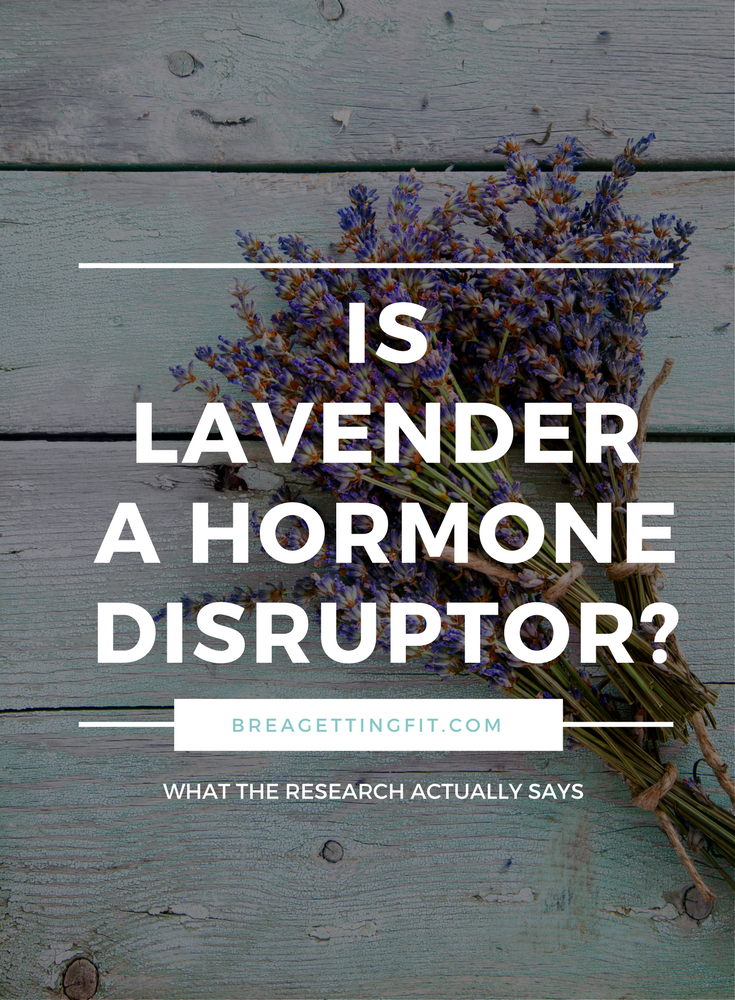 Okay! Let’s get down to why I’m on my soapbox today, shall we? I cannot tell you the number of times that I’ve heard that certain essential oils (lavender and melaleuca or tea tree are common) are a hormone disruptor. This is a false claim. Period.

Dr. Robert Tisserand has stated that lavender essential oil does not mimic estrogen in the body. He points out that all studies showing this correlation used fragrance, which is inherently different from pure essential oils.

This study states that the lavender found in common beauty products caused hormone disruption in 3 young boys is what’s causing such a fuss.

Let’s think about this.

Is lavender oil a hormone disruptor? The Facts…

This study conducted in 2013 found that the lavender had no estrogenic effect even in concentrations 6,000 to 30,000 times greater than estimated exposure from multiple cosmetic products containing actual lavender oil.

Oh, and actual Harvard scientists stated that “traditional use and clinical trials have not suggested estrogenic effects of tea tree or lavender oil, though estrogenic effects have been reported for other essential oils and plants.” (source)

Those two studies are considered the standard in lavender and estrogenic research…and that 3 person “study”? It doesn’t stand up. Not even a little bit. So enjoy your lavender.

Are you still concerned that lavender is a hormone disruptor?