Scarey boobs: Why Is Breastfeeding So Taboo?

While I’m sure that I’m not the first to ask this (nor will I be the last)…why are working boobs so scary for everyone except breastfeeding moms?

When I say working boobs, I mean boobs like mine: lactating, nursing, breastfeeding…whatever you want to designate as their job. It seems a shock to some that women use their breasts as nature intended.

In fact, a study published in the Personality and Social Psychology Bulletin found that mothers who breastfeed are viewed as less competent than otherwise identical females. Excuse me? 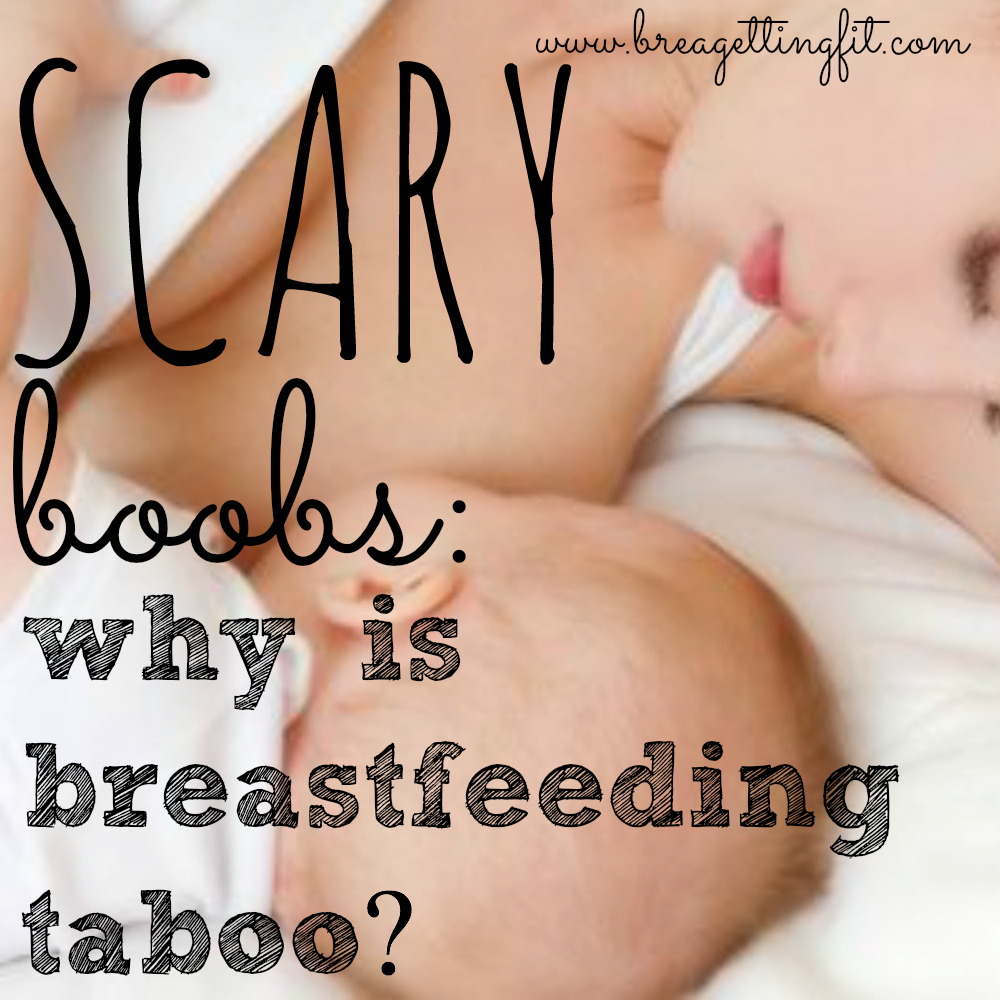 This trend was found in three separate studies. THREE! That’s ridiculous. In addition, the breastfeeding women in the study were deemed to be bad at math, and a less desirable candidate for a job. This ASTOUNDS me, because in the majority of countries, breastfeeding is the NORM, NOT the exception.

It should come as no surprise then that according to Miller-McCune, only one-third of American mothers are exclusively breastfeeding at three months, and only 43 percent of those are still breastfeeding at all at six months.

I just don’t get it.

Breastfeeding is the BEST way to nourish your baby. Yes, formula has come a long way, but it cannot replicate the benefits of breastmilk. In a recent Oxford study researchers found that breastfed children perform better in school.

For me, that’s enough of a reason to breastfeed. Couple that with lower instances of illness, and lower start-up costs (and those mentioned are arguable…not every mom needs to pump), and it’s a no-brainer.

So what can breastfeeding mamas to do change society’s perception of us? Be open, unashamed, and public. I don’t hide at home when I feed my son-if we’re at the park and he needs to eat, he eats. That’s not saying that I whip out my boob (I am discrete), but I’m not going to stick my hungry child in the car, drive home while he cries all for the comfort of those around me.

I’ll feed Smalls. Go ahead and make your comments when you see me-who’s less competent now?

5 Reasons To Exercise After Pregnancy