What is Leaky Gut?

After a conversation with my awesome Naturopath, it was confirmed that I not only have Thyroiditis, but also Leaky Gut. Which caused me to start worrying. I mean…what the heck is that?!

So obviously I spent the weekend researching. And then doing more research. And you know what I found? Not a whole lot!

Apparently, “Leaky Gut” is a fancy way of saying “we don’t know what the heck is wrong with you. So it’s not really a diagnosis, but more a marker for symptoms that are either unexplainable or could mean different things. 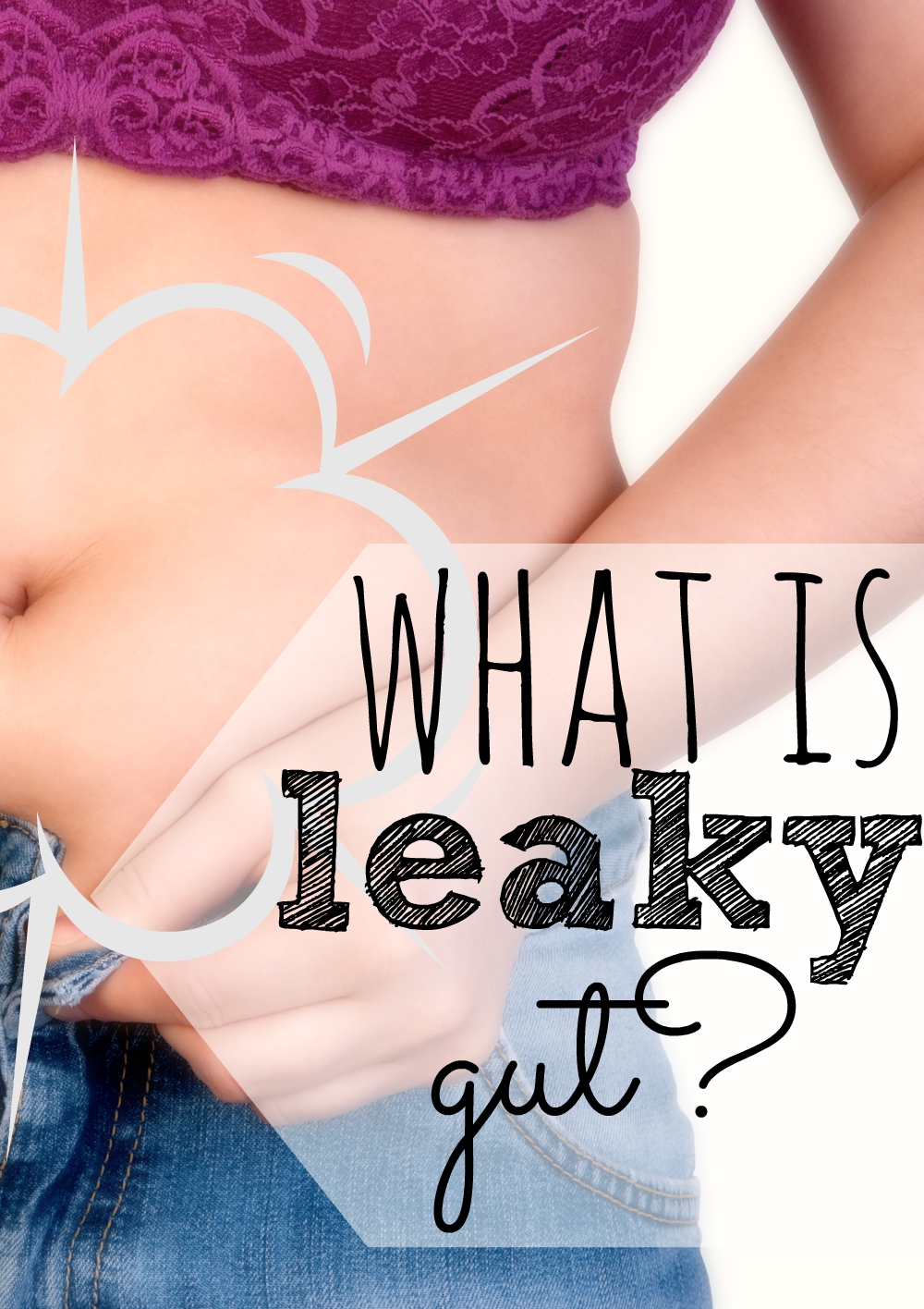 In my case, I think that my Leaky Gut is tied to my thyroid and hormonal imbalance (which is due to breastfeeding). Now, I’m not discounting the fact that Leaky Gut is a serious issue. In fact, your gut is a major source of health. If it’s out of balance, so are you.

Your gut is what allows the foods you eat to be broken down into usable molecules and then absorbed into your body. Your intestines are a where your body naturally has permeability to encourage this absorption. In guts like mine, this can cause problems if you are eating foods or using products that contain potential irritants, such as gluten, dairy, soy, corn, and others.

This means that any time I eat even microscopic amounts of gluten, it causes my gut cells to release a protein called zonulin, which causes the lining of my intestines to allow larger particles through. It’s really interesting once you understand what’s going on!

The problem lies in these larger particles, which my body attacks, just like it would any other invader. In some cases, the body even begins to attack your thyroid glad because of the similarity between the protein in gluten and your thyroid gland.

The molecular structure of gliadin, the protein portion of gluten, closely resembles that of the thyroid gland. When gliadin breaches the protective barrier of the gut, and enters the bloodstream, the immune system tags it for destruction. These antibodies to gliadin also cause the body to attack thyroid tissue. This means if you have AITD and you eat foods containing gluten, your immune system will attack your thyroid. source

For me, this means that I can’t be lazy about my gluten free lifestyle. It means that the foods I eat have to be 100% gluten free-all.the.time. It also means that I have to be hyper aware of the other irritating foods as well. I have to make my own baked goods-including breads, crackers, cookies, and more…if I want them.

Mostly, it’s just an adjustment. Having Leaky Gut also means that exercise, yoga, and proper care is paramount for me. My body is rebelling, and I need to take control.

So. I’m going to start sharing the previous week’s workouts and meals on Mondays. I think that it’s important to keep myself accountable, and help y’all who are suffering through the same thing. So stay tuned!

Why I Signed Up For Roller Derby

3 Tips to Stay Fit While Maintaining Your Crazy Life