These raw vegan brownies are fudgy, chocolately, and downright addictive. Best of all, they are crazy easy to whip up, anytime you are craving something sweet.

What’s that you said? You want a link straight down to the raw vegan brownie recipe? Done!

So. Yesterday was Valentine’s. And while the hubs and I have a standing agreement that he will be in OODLES of trouble for buying me flowers, he managed to get me a super sweet card. And I got him a scale

Does that make me a bad wife? We are both working hard to get healthy, and I figured that a scale would be motivating…right?

Now, I understand that it all depends on the time of day, how hydrated you are, and what you’ve eaten (or not) previously. This is why I strive to only weigh myself once a week, but it’s hard, Y’all. I’m a scale junkie.

SO. I was feeling sorry for myself so I decided to make some brownies to make up for it. But I wanted to be healthy, so I made raw vegan brownies. Now, some of you hard-core vegans will object to my use of honey, but I never felt it was an issue during my vegan period.

If it bothers you, you can achieve the same result using agave nectar, okay? Let’s avoid getting in-depth on the honey debate over here. To each his or her own, right?

What was I saying? Right. Brownies. After I whipped it up, it was hard to resist just eating the batter.

I refuse to feel guilty. Okay, maybe I feel a little guilty…I probably should have shared with Ish. When you make this, share it, okay? Oh, and make it into brownies? It would be more dignified that way.

If you’re on a vegan diet these brownies would be a great dessert after one of my other vegan recipes like this delicious vegan curry.

Sometimes your diet needs a reset. I don’t mean a hard, over the top, strictly militant change of course. I mean, who can adhere to stuff like that?

However, inspiration to get more whole fruits, veggies and legumes into my diet is a good thing. It’s easy to get stuck in a rut. So that’s why I’m planning to follow (mostly, mmkay, I’m a realist) this 28 Day Raw Foods on a Budget Bootcamp. Starting this adventure off with brownies is a pretty good start, amiright? Even if the bootcamp isn’t in session at the moment (summer and fall), you get access to the books right away and that’s where I’ve been drawing inspiration for healthy, affordable, whole foods. 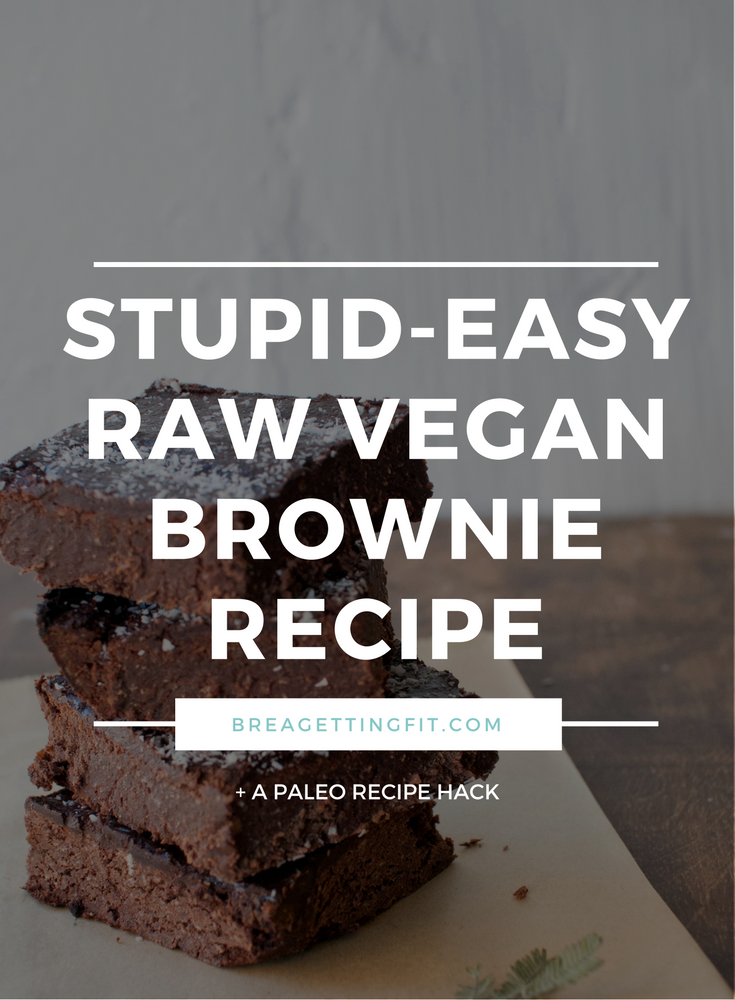 The nice thing about these brownies is that they really aren’t that bad for you, we’re talking dates (I prefer delget noor dates if you can find them), almonds, cocoa powder or cacao, some vanilla, and honey (or agave for you die-hard vegans).

And, if you can help yourself, these made great snacks-just be sure to wrap them in parchment and store them in the fridge. I love sending these and my power balls with the boys for their lunches-they’re always a huge hit and they’re a great natural energy source.

Put the almonds and dates into the food processor, and process until chunky, but not a paste. Add in the salt, vanilla, cocoa powder, and agave.

Blend into a batter. Pour your batter into an 8-inch by 8-inch cake pan lined with parchment paper.

Freeze them for 1 hour, slice into squares, and enjoy! Feel free to make these your own-they are awesome with added dried fruits, nuts, and even seeds. 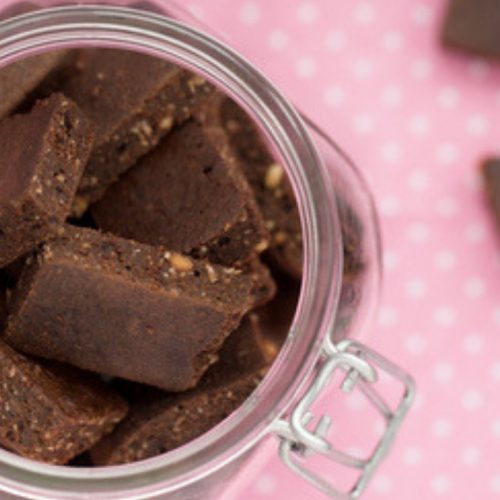 Fudgy, chocolatey, rich raw vegan brownies that are so simple to make! You will keep coming back to this recipe over and over again.
5 from 1 vote
Print Recipe Pin Recipe
Prep Time 10 mins
Freeze Time 1 hr
Course Dessert
Cuisine American
Servings 6 people

For more delicious and inspiring raw foods, on a budget that works for you, check out the 28 Day Raw Foods on a Budget Bootcamp to get the cookbooks FULL of great ideas. Still hungry? Try our Vegan Cupcake recipe. 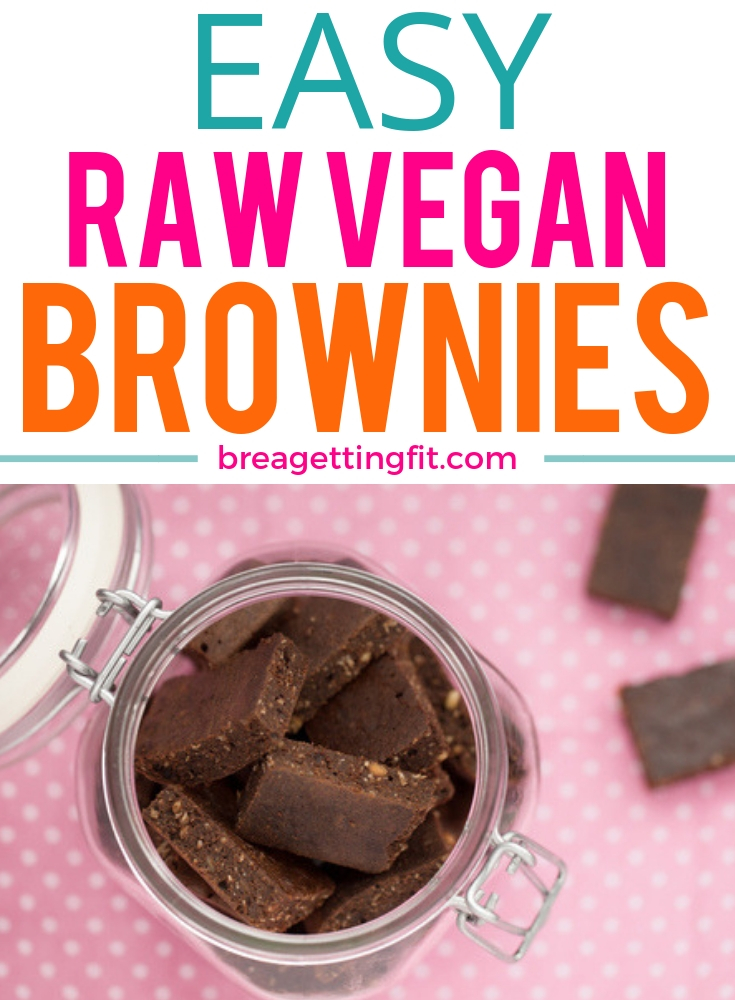 Have you tried my raw vegan brownies yet?