If you’ve been around for any length of time, you know that I love barre workouts. Now it’s been a hot minute since I’ve done barre workouts on a regular basis, so when The BarreCode live class opened a shop near me, and they had child care, I took it as a sign that it was about time that I put on some sticky socks and got out of my own way.

So here’s the thing. I’ve been obsessed with barre workouts for at least the last 10 years. I mean, as a former (terrible) ballerina, the appeal of working at a barre again was huge.

With other people. For 50 whole minutes of torture. That all changed a few weeks ago when I registered for my first class with BarreCode. I was really excited but mostly terrified.

I mean, it had been at least 4 years since I’d done more than pop in a ‘beginner’ DVD that was longer than 30 minutes.

And I just signed up for a full 50-minute barrecode live class.

Did I mention that there was a penalty (a monetary penalty) if I didn’t show up?

And that the child care (which is amazing and completely changed my life – for real y’all) was $5.00 per kid?

So not showing up just was not an option. 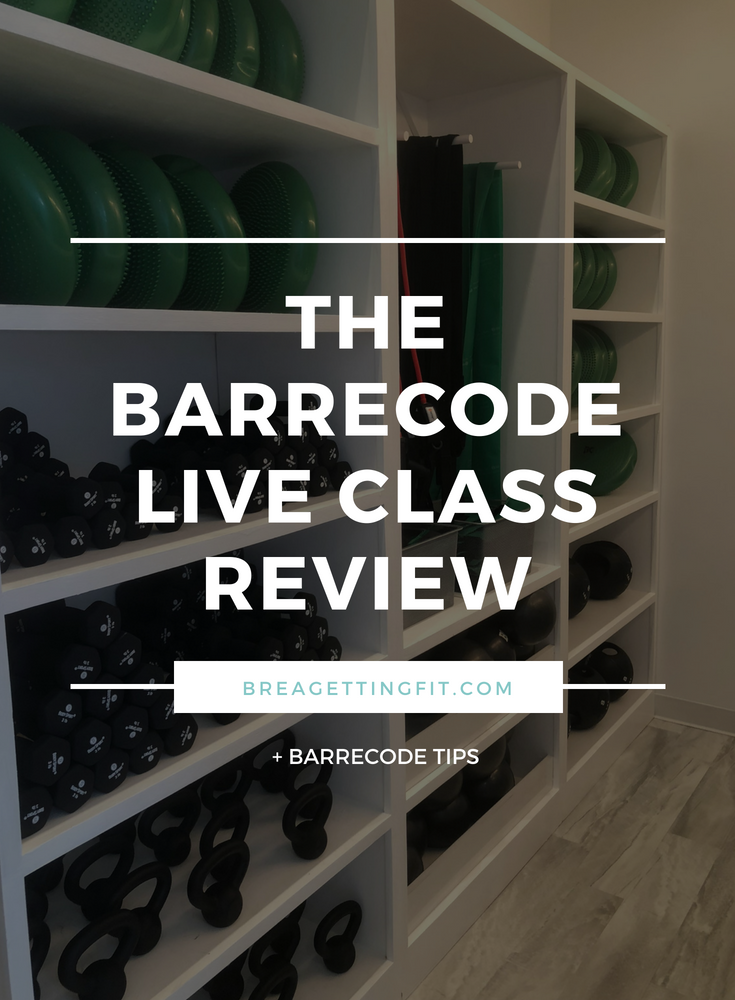 I showed up to my first class with my sticky socks (a must) and a water bottle. Michelle gave me a tour (she is seriously the sweetest!) and showed me the shower, vanity, bathroom, and kids room.

And the equipment. Y’all. There were hand weights, tubes, small balls, medicine balls, bars, ankle weights, balls…it was a little bit intimidating to see a full class worth of everything.

I mean, I have most of these tools at home, but I usually avoid using them (lately, anyway).

I wasn’t totally unprepared, however. I’ve been using my Reformer 5 times a week for about a month, and I can definitely tell a difference in my stamina.

But I definitely wasn’t ready for barre again.

The class started off with seat work (OW) on hands and knees, then moved on to abs and arms (DOUBLE OW), and then we went to the barre (the part I’d been waiting for).

Y’all. I shook. Not a little bit either. As I was looking at myself in the mirror, my face was vibrating. My legs were shaking. My arms were shaking.

The fat was literally being vibrated while my muscles reached their wall. And then Michelle said to push past it.

At that moment, I wanted to just lie down and die peacefully, but I pushed through because there were 20 other amazing women there and they weren’t laying down and giving up.

So I didn’t either.

After class, I immediately signed up for a membership. 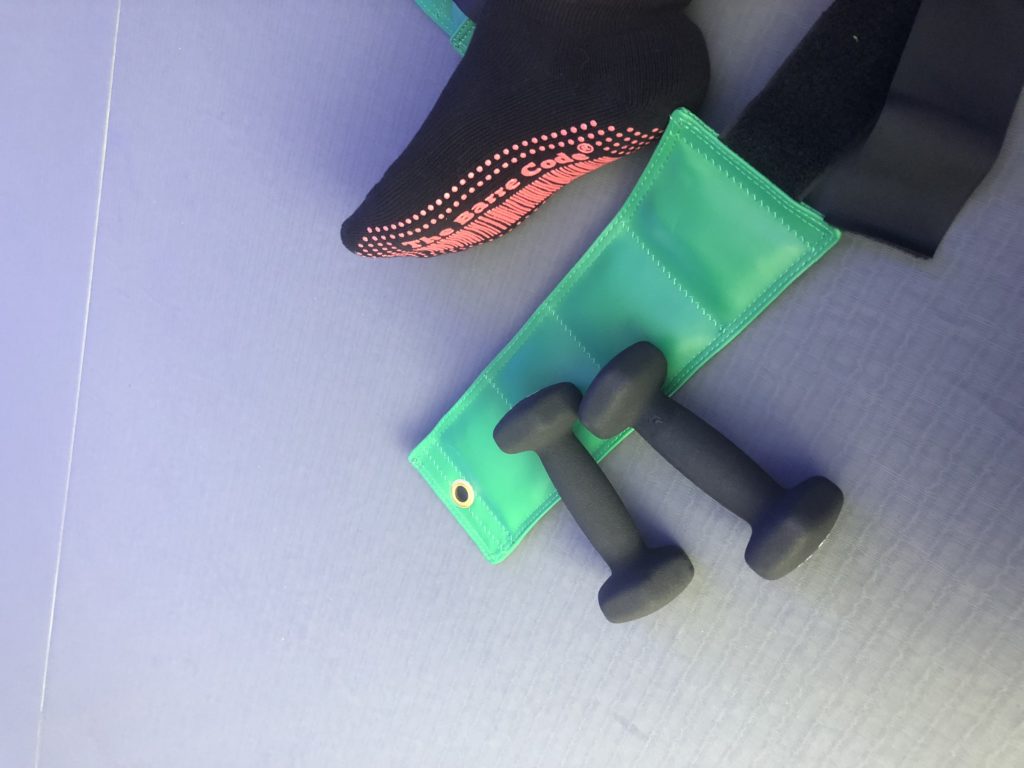 I’ve since taken 5 classes, and they have all been different. I’ve used the ball, weights, ankle weights, and each one challenges my muscles in a different way.

As a “seasoned” newbie, there are a few things that I found helpful, so I thought i’d pass them on.

Yes, barre socks are different from regular socks. You can get them at the studio (I got 3 pairs when I joined! YAY!), or you can order them on Amazon. Your house socks (you know the fuzzy ones with “traction”) will be way too warm and cause your feet to slide when you’re in relevé.

Be Prepared to Hate Stairs

Stairs sucked for about a week after my first class. I’m not entirely ashamed to admit that I scooted up and down on my derriere for the first two days because going up and down was way more painful than I thought possible.

“No one is looking at you but you.” Michelle (brilliantly) pointed out that we were all focused on ourselves. And she was totally right. Being able to look in the mirror during your sets helps you keep your form correct and it helps you push yourself.

No, not those kinds of inches. In barre, most of the movements are very small, isometric movements meaning you often feel like you’re barely moving at all.

But lowering your body one more inch can make a difference. A huge, shaky, feel like you’re dying difference.

Ever since I broke my leg, I’ve been avoiding really pushing myself. Which is stupid, to be honest. Just because I can’t run doesn’t mean I can’t push myself to use ankle weights or lower my body one more inch (those inches again, Y’all!).

It’s Okay to Lose the Weights

Really! I’m not saying you shouldn’t push yourself. So try them first. But when you reach failure, when your muscles aren’t working anymore, or you physically cannot lift your arms and the weights over your head, it’s okay to put them down.

Do the movements without them. Hold them up for longer next class or next set. No one is watching you, trust me.

Nothing good comes from avoiding working on yourself. Give yourself 50 minutes a few times a week to really dig in and give yourself some “me time.”

I didn’t think I needed it, but Y’all. I am a better mom and a better wife after class. Being able to focus on you is so important.

If you don’t have a class near you, you can get BarreCode’s streaming subscription, so no excuses.

And if barre isn’t for you? That’s okay. You do you.

Run, cycle, rebound and move in the way that your body loves.

Have you been to a live barre class yet?

I’m Getting My DanceBody Back